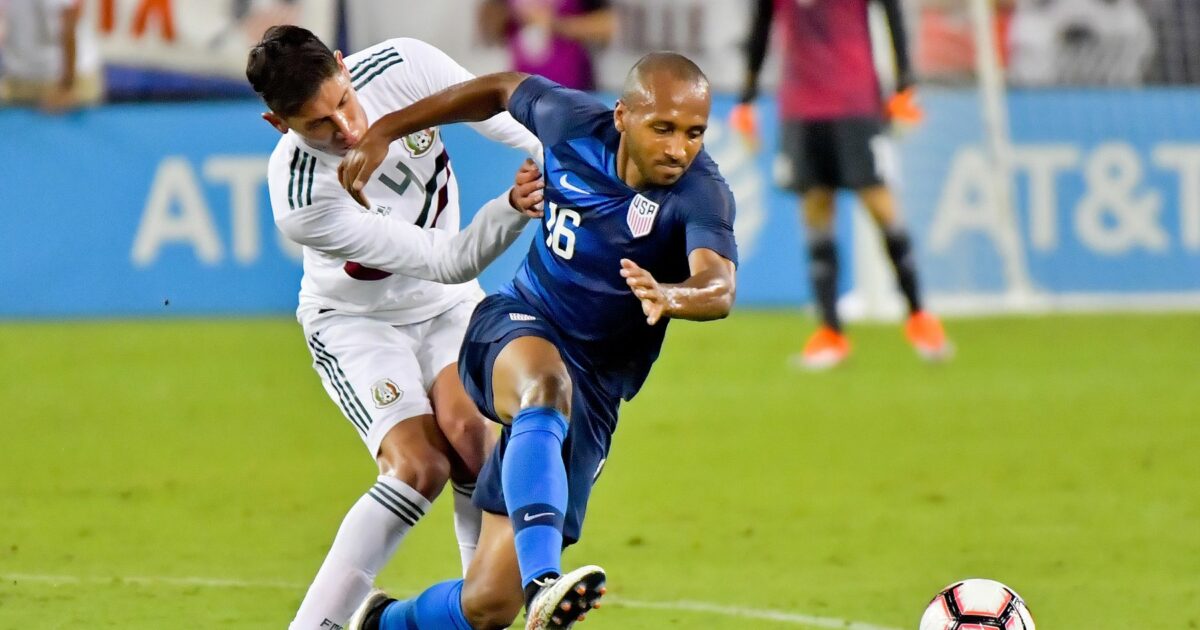 Tuesday night’s U.S. Men’s National Team friendly win over Mexico was about as gritty as it gets. It was a physical affair filled with hard fouls, trash talk, a red card, and two teams that generally don’t like each other. While it wasn’t the peak Concacaf match, it certainly had the all the physical components that the confederation is known for.

Hard fouls that weren’t exactly aimed at winning the ball? Check. Odd bounces and close calls that swung the momentum of the match? Check. A goal that came from the right player being in the right place at the right time? Check.

The only thing missing was the beat up, waterlogged pitch set up in a cricket stadium.

But it’s the physical, sometimes dirty, play that the U.S. needed to adjust to the most. Too many times in the past they’ve allowed their opposition’s questionable tactics affect the way they play. Tuesday night in Nashville showed none of that, as the USMNT kept their cool as Mexico got increasingly chippy with their play.

“That’s one of the things going into games against Concacaf opponents is having composure in moments where it could lead to maybe a red card or something. They got a good taste of it,” head coach Dave Sarachan said after the match.

Sarachan was very pleased with how the young players handled the aggressive second half. He specifically credits the calming effects of Tyler Adams, who, in addition to scoring his first ever national team goal, was a major reason the USMNT didn’t go off the rails, even as the match grew in intensity.

“He’s a winner, this kid,” Sarachan said about Adams. “I’ve been really pleased in terms of his growth on the ball in tight spots. We know that he can run and cover ground and win tackles, but at the next level now can you do the next part and that is have a presence with the ball and picking your spots. It just keeps getting better, It’s not perfect, but I think he’s shown that he’s emerging as a guy everyone’s starting to look up to a little bit when the game’s getting crazy, Tyler was starting to calm us down.”

Having a player that can keep the team on the level is important in Concacaf games that can often feature plenty of chippy play. Thankfully for the USMNT, Adams relished Tuesday’s game and he seems ready for more of it.

“You want to be in the middle of games like that,” he said. “Ones that are chippy. Ones where you have to show your composure and match up against good players. It tests the quality of the team.”

“Coming out on this day I think it’s the most important. I think we showed our character and pride for the country. We went out there and battled at times. Maybe in the beginning, the soccer wasn’t there completely. It was a little chippy at times, but we handled ourselves well.”

Although it is still more than nine months before they play another competitive match, this young United States squad is going to see a lot of Concacaf opposition in the next few years. Between next summer’s Gold Cup, the beginning of the Concacaf Nations League next fall, and concluding with an all important World Cup Qualifying campaign, matches like the one against Mexico are going to seem tame by comparison.

The sooner the USMNT adapts to the chippy, often dirty, style of play the confederation is known for, the better off they will be as they try to shake off the failures of the last cycle.