D.C. United erases deficit to down Loons at home 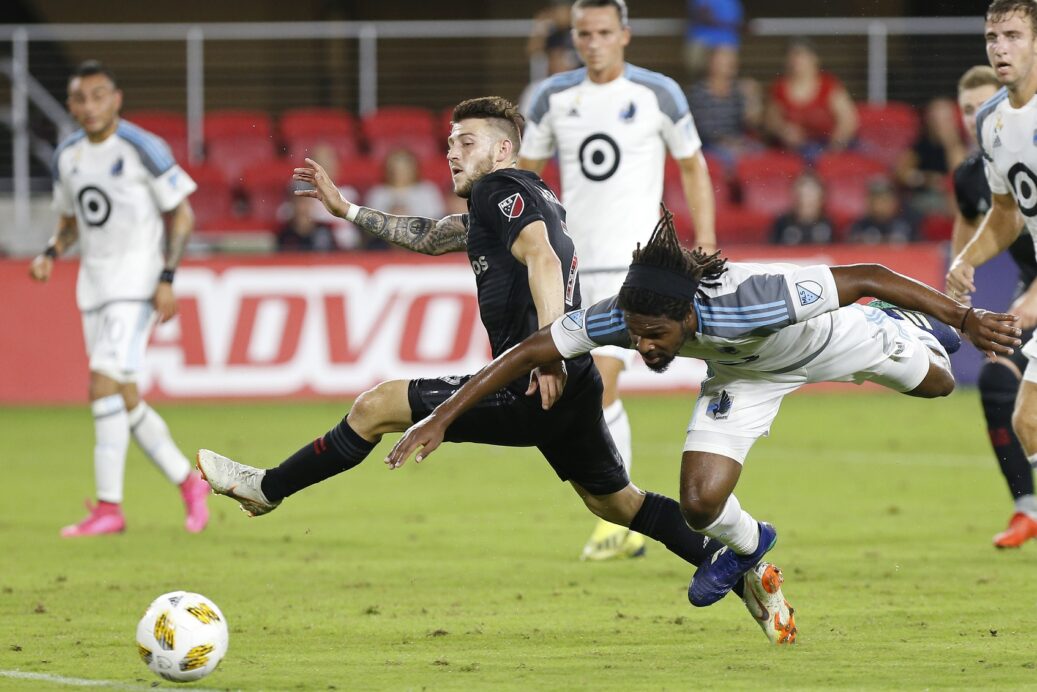 D.C. United moved even closer to the top-six in the Eastern Conference with another three points at home.

The Red and Black used a pair of goals over a four-minute span in the second-half to down Minnesota United 2-1 on Wednesday evening at Audi Field.

Darren Mattocks played the hero for Ben Olsen’s side, scoring the eventual winning goal in the 69th minute. A left-footed finish from close range sealed the turnaround for D.C. who got the last laugh at home.

Angelo Rodriguez opened his MLS account, breaking a scoreless deadlock in the 47th minute for the Loons. The 29-year-old Colombian slid a right-footed effort past Bill Hamid to give Adrian Heath’s side a lead on the road.

Luciano Acosta was among the goals again, however distributing in D.C.’s opener in the 65th minute. Acosta played a pass to Ulises Segura, who bagged his second goal for the club this season.

Hamid finished the match with a trio of saves for D.C., while Bobby Shuttlesworth made five for Minnesota.

D.C. (9-11-7) are two points back of Montreal for the sixth spot in the East, and a huge rivalry match against the New York Red Bulls coming next on Sunday.

As for the Loons (9-16-2) they see their winless run extend to six matches, and travel to Real Salt Lake on Saturday.

Mattocks hit the double-digit mark for goals this season, scoring the winner for D.C. minutes after seeing his teammates level the score.

It was a fast turnaround for D.C. who had a pair of clinical finishes seal them another three points at Audi Field.

Abu Danladi played in a deeper role for the Loons, but it was to no avail as he recorded zero shots on goal before being subbed off in the 78th minute.