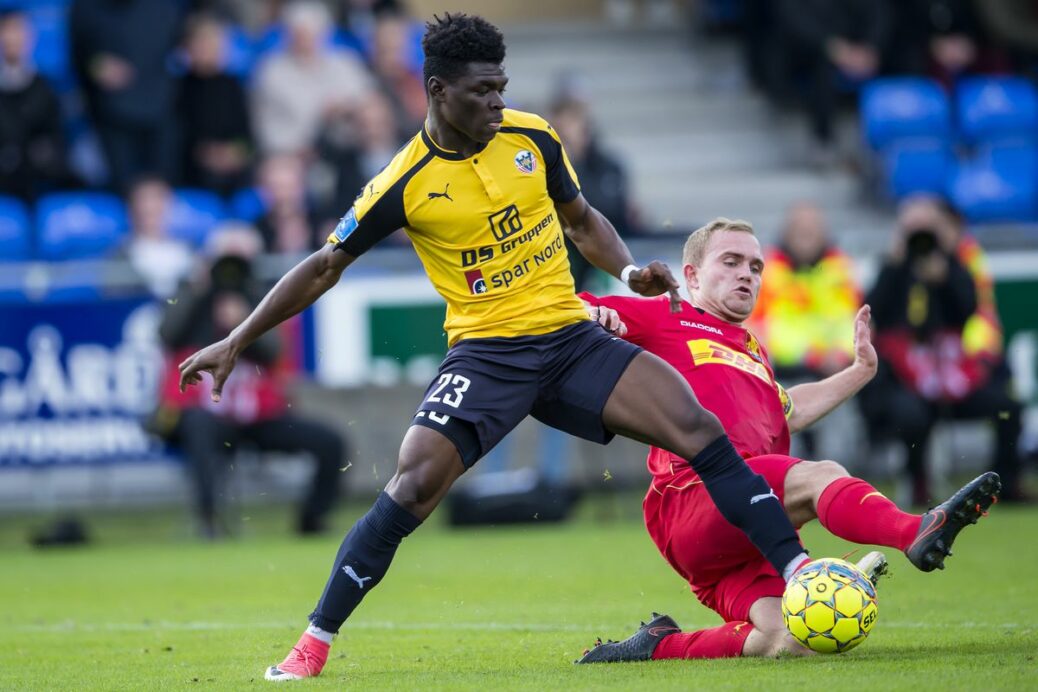 Danish Superliagen side Hobro has had a tough start to their league campaign, currently sitting bottom in the standings. However, one player has risen to the challenge in hopes to help his team get out of their early season danger.

U.S. forward Emmanuel Sabbi bagged his fifth goal of the campaign on Saturday, helping Hobro to a 1-1 draw at Sonderjyske.

Stefan Gartenmann’s first-half finish had the hosts ahead 1-0 which was a score they would take into halftime. However, it didn’t take long into the second stanza for Hobro to equalize.

Sabbi got on the end of Mathias Haarup’s cross in the 47th-minute and headed into the bottom-left corner. It was the fourth match this season in which the 20-year-old has found the back of the net.

His performance was cut short in the 66th-minute as Sabbi left due to an undisclosed injury. Hobro would hang on for their fifth point through their opening eight league matches.

Sabbi is now tied for the league-lead with five goals, sitting level with Kamil Wilczek, Dame N’Doye, and Viktor Fischer.

Hobro will next seek their second win of the season on Sept. 16th against Vendsyssel.