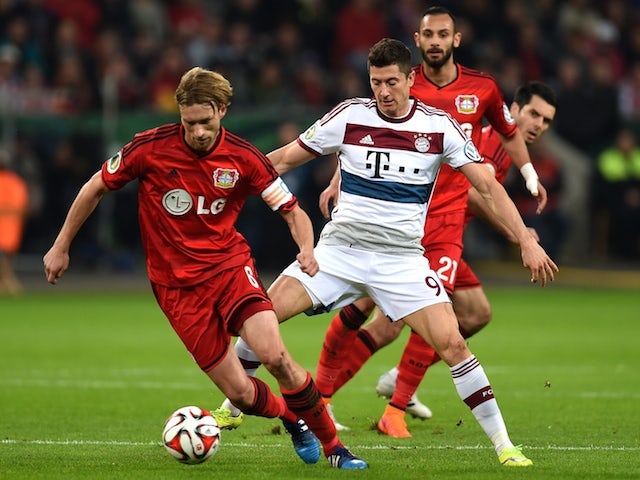 Following a week off due to international play, domestic action returns with several teams trying to remain in top form. Bayern Munich is one of those teams as they welcome Bayer Leverkusen to Munich in Bundesliga play.

The Bavarian giants have opened their season with a trio of victories in all competitions, and look like clear title favorites so far. Star forwards Robert Lewandowski and Thomas Muller have two goals apiece and will headline at attack that scored 12 goals against Leverkusen in three meetings a year ago.

Leverkusen has not started on the right foot, losing its opening two league matches. With the slew of young talent its their disposal, expect Leverkusen to turn it around and fast with a busy slate approaching. Julian Brandt and Leon Bailey are players to watch, as Leverkusen try to claim their first league win over Bayern since 2014.

Saturday’s slate in England’s top-flight begins from London as a pair of dangerous attacks meet at Wembley. Tottenham Hotspur opened their season with three wins before a shocking 2-1 road loss at Watford sent them into the international break, scratching their heads. Leading the line again will be Harry Kane, who scored three times against the Reds a season ago. He should have a physical bout against Vergil Van Djik and Dejan Lovren on Saturday.

Liverpool extended its winning streak to four matches before the international break, but conceded its first goal in the process. The Reds look dangerous on all fronts this season, with a trio of attackers leading the show. Mo Salah, Roberto Firmino, and Sadio Mane have combined for seven goals in four matches and will pose an intriguing threat to a consistent Spurs backline.

Closing out Saturday’s action is a meeting at Vicarage Road between two sides on surprising ends of the table. Watford has come out of the box blazing, with four wins in their opening four matches. A 2-1 win over Tottenham has proved that Watford could very well be fighting for a top-ten place this season. Argentine playmaker Roberto Pereyra has three goals, and is the man who makes everything tick for Watford’s offense.

The Red Devils come to Watford looking to extend their winning run which started prior to the international break. A 2-0 win over Burnley was needed after a pair of disappointing losses against Brighton and Tottenham. Jose Mourinho is currently on a thin leash, knowing that even more slip-ups could very well cost him his job. Romelu Lukaku headlines the attack, but it will be intriguing to see how United’s midfield shapes up against a pressing Watford team.

Defending UCL champs Real Madrid will look to keep their 100% record going as they travel to Athletic Bilbao on Saturday. Los Blancos are sitting atop the La Liga summit with Barcelona after three wins on the spin to begin their domestic season. Karim Benzema and Gareth Bale have both stepped up big so far, tallying seven goals between them to kick off the season. The duo will need to keep that up against a Bilbao side seeking a home upset.

Athletic Bilbao are unbeaten in their opening two matches, recently drawing against Huesca 2-2. Aritz Adruiz has seen Real a lot in his career but continues to produce, even at 37-years-old. He failed to score last season against the Spanish giants, but did score once in 2016.

Matchday 3 of the Bundesliga kicks off on Friday with Borussia Dortmund hosting Eintracht Frankfurt on Friday. Lucien Favre’s men will look to get back to winning ways following a scoreless draw at Hannover prior to the break. The play of attackers Marco Reus will be key, especially if Christian Pulisic cannot play due to injury. Reus scored in his first appearance this season, and has been a huge playmaker for Dortmund over the years.

Frankfurt fell at Werder Bremen their last time out, and will hope to check off their first big win of the new season on Friday. With Niko Kovac departing to Bayern, many thought Frankfurt would struggle in attack but Sebastian Haller has picked up the play with two goals so far. Filip Kostic and Nicolai Muller are a pair of midfielders who need strong outings against a physical middle for Dortmund.

A pair of recent rivals headline this weekend’s Serie A action as Napoli host Fiorentina at the San Paolo. Losing 3-0 to Sampdoria probably was not on Carlo Ancelotti’s list before the international break, and now Napoli needs to bounce back. Versatility is the key for Napoli who has several attackers ready at any moment to go. Lorenzo Insigne and Dries Mertens are the headliners, but Piotr Zielinski has been underrated with two goals so far this season.

Fiorentina look like a dangerous title challenger, with seven goals scored in their opening two matches. 24-year-old Marco Benassi has three of those goals and is two away from tying his entire haul from a season ago. The visitors have taken points from this meeting at least once over the past three seasons, but have had a better chance at home rather than the trip to Napoli.

AS Roma vs. Chievo Verona

The star-studded attack of Paris Saint-Germain are back in action this weekend as they welcome St. Etienne to the Parc Des Princes. Thomas Tuchel has seen his side score 13 goals through their opening four matches, but will be without talented forward Kylian Mbappe. The 19-year-old saw his first domestic red card in a 4-2 win over Nimes after contact with Teji Savanier, and is now suspended for three matches.

St. Etienne has drawn its last three matches, but remains unbeaten to start the Ligue 1 season. Defense has been huge to start, allowing only two goals through their opening four matches. Veterans Loic Perrin and Neven Subotic have the biggest challenge as they have to deal with attackers Edinson Cavani and Neymar who are always a threat of scoring. St. Etienne last claimed a win in Paris in 2012 and will hope for a repeat performance of that afternoon.

Toulouse vs. AS Monaco