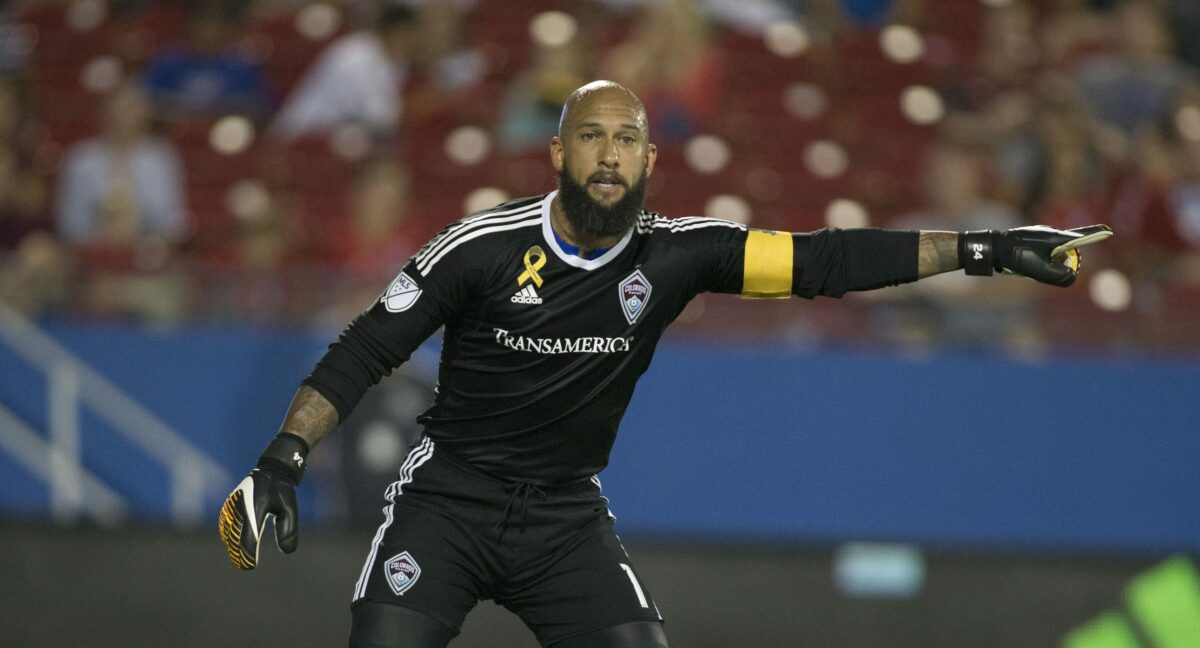 Tim Howard came up with another save as the former U.S. Men’s national team goalkeeper led a consortium to buy English club Dagenham & Redbridge of the National League, a club that was in danger of going out of business after falling into financial difficulties.

The club confirmed on Friday that American entity Victoria Road Football LLC had completed the process to purchase of the club.

“We are very pleased to announce that Victoria Road Football, LLC, an American entity, have completed the purchase of the majority of the shares in the football club,” read a statement released by the club.

Click on the link below for more details: https://t.co/SrUJvtpMHB#COYD⚔️ pic.twitter.com/Inwjul9ki2

The investment comes after Dagenham, which was managed by former Hull coach Peter Taylor, appealed to raise more than £110,000 to ensure the clubs survival after the resignation of director Glyn Hopkin, who owned 75% of the club before ceasing funding midway through the 2017-18 season.

American investors Peter B Freund and Craig Unge are also a part of the entity. They, along with Howard, also own USL side Memphis 901 FC,  which is preparing to launch next season.

The 39-year-old Howard now plays in Major League Soccer with the Colorado Rapids after spending 12 seasons in the English Premier League with Everton and Manchester United.