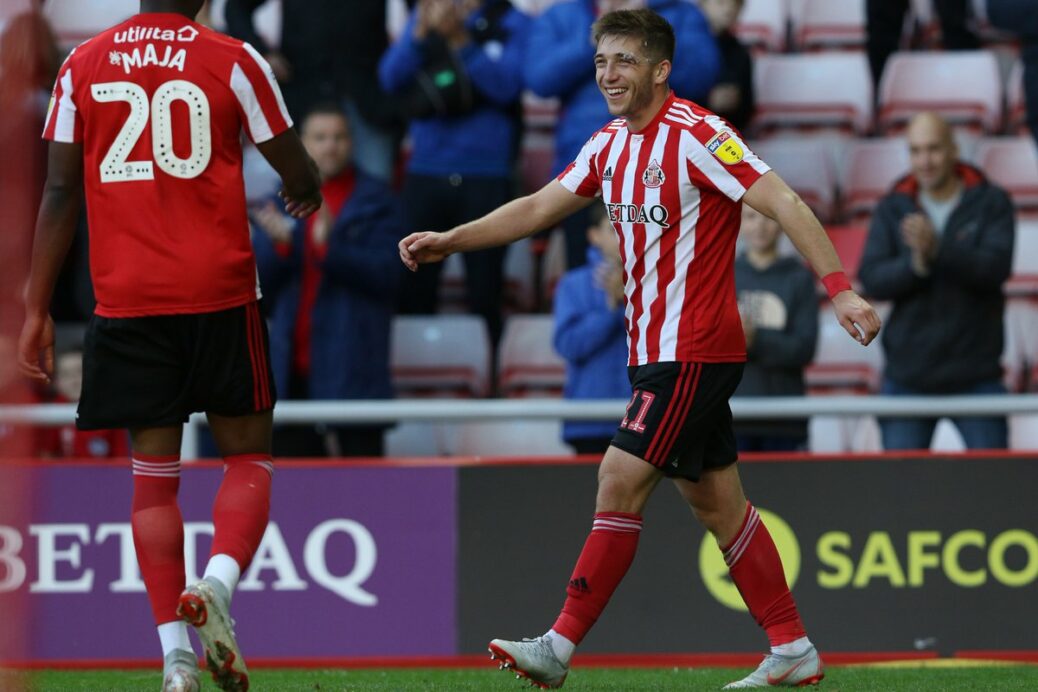 Sunderland’s Lynden Gooch came into Saturday’s showdown with Rochdale never having scored two goals in a match for the Black Cats senior squad.

That changed on Sunday when the 22-year-old continued his strong campaign for the Wear side club.

Gooch scored in each half on Saturday as Sunderland rolled to a 4-1 League One win over Rochdale.

After Josh Maja gave Sunderland a 1-0 lead in the 37th minute, Gooch stepped up to the penalty spot four minutes later and doubled the advantage at the Stadium of Light.

Maja would net his second of the day in first-half stoppage time to extend Sunderland’s lead to 3-0 going into halftime.

Gooch’s final contribution of the match came in the 66th minute as the U.S. Men’s National Team midfielder sealed his second goal of the afternoon. After a nice move towards his left, Gooch rifled a left-footed effort into the bottom-left corner.

It was his third goal of the season for Sunderland who would hang on for a 4-1 win. Jack Ross’ side are in third place on 18 points and next travel to Coventry City on Sept. 29th.