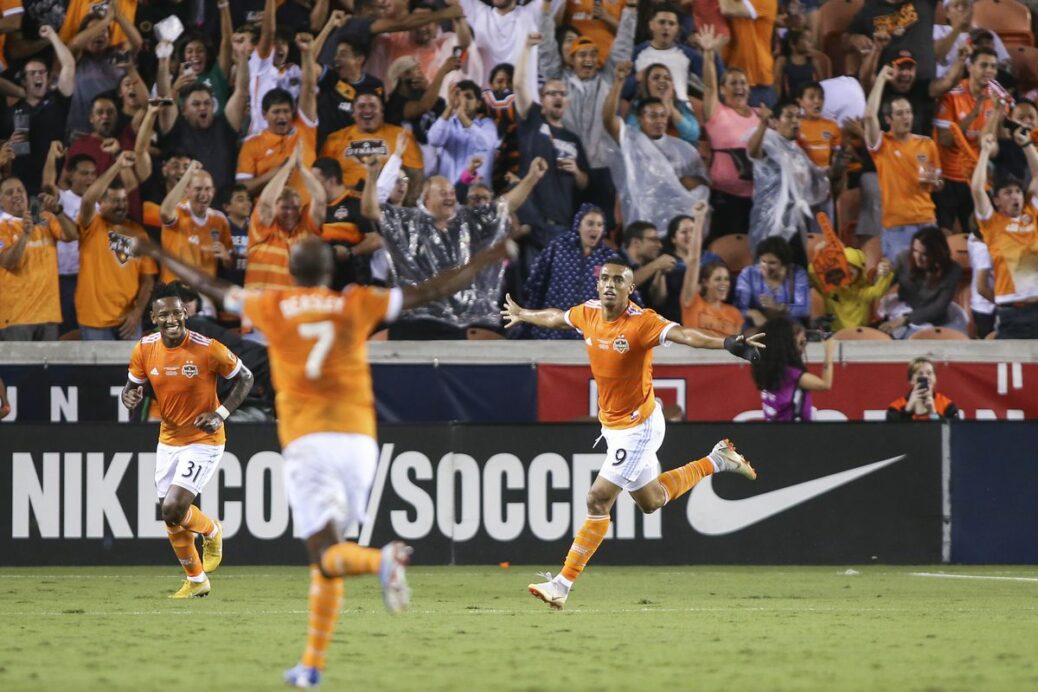 The Houston Dynamo may be fading in the MLS Western Conference playoff race but that did not stop them from lifting their first U.S. Open Cup title on Wednesday.

Wilmer Cabrera’s side eased past the Philadelphia Union 3-0 behind two first half goals from Colombian forward Mauro Manotas. The momentum from the Union’s back-to-back wins against Seattle and Kansas City evaporated when Manotas latched onto an Alberth Elis cross in the fourth minute to head the Dynamo in front.

Elis crossed from the byline and Manotas lost his marker Jack Elliott by faking a run to the near post before connecting with the bouncing cross from his knees in the six yard box.

Manotas and Elis combined again for the second Dynamo goal 20 minutes later, but this time Manotas did most of the work. Manotas picked up the ball from Elis just inside the Union half and proceed to beat one defender and dribble at Elliott before firing a low left-footed drive from just outside of the box off the far post and in just past a sprawling Andre Blake.

The Union out-shot the Dynamo 19-9, but only six of those were on target. Any chance of a Philadelphia comeback ended in the 65th minute when defender Auston Trusty turned a blocked shot from midfielder Romell Quioto into his own net.

Despite the loss, the Union sit fifth in the Eastern Conference and look set for a playoff berth. The Lamar Hunt trophy is the only bright spot in a disappointing campaign for the Dynamo who sit 10th in the west and 12 points adrift of a playoff spot.

Man of the Match: Mauro Manotas scored two goals and was involved in the attacking move that led to Auston Trusty’s own goal.

Moment of the Match: The Dynamo’s second goal truly took Philly out of their game.

Match to Forget: Cory Burke was very quiet offensively, failing to get much going in the Dynamo’s box.