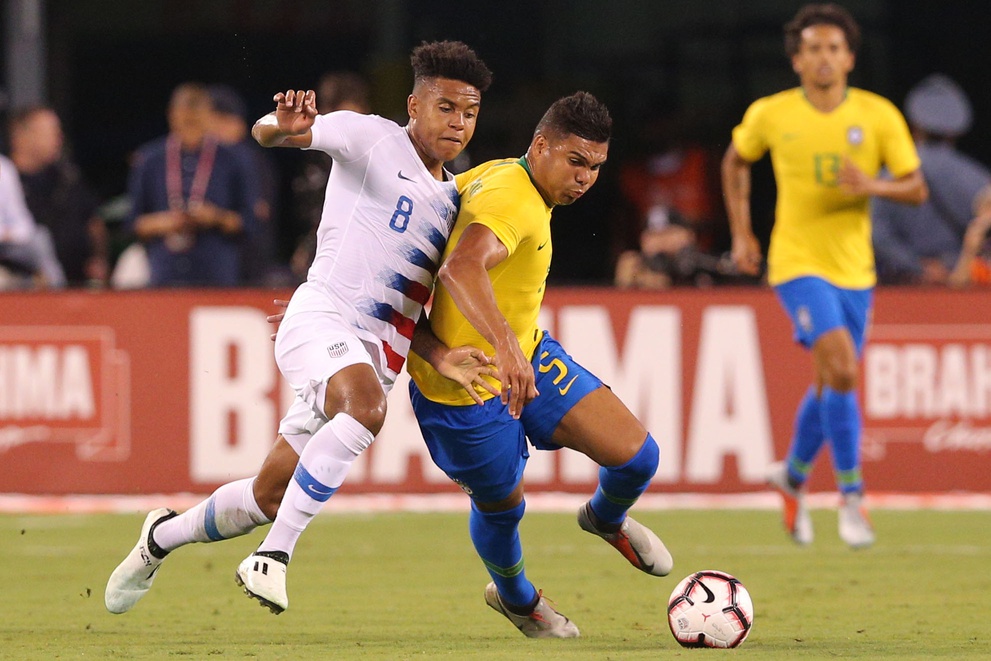 Weston McKennie was taken off in the 40th minute of Tuesday night’s match against Mexico with an injury to his left knee.

McKennie, who started alongside Tyler Adams in the central midfield,  was replaced by Julian Green after suffering a non-contact injury.

The 20-year-old midfielder earned his sixth start for the USMNT on Tuesday, with his first coming in dhNovember against Portugal.

McKennie has also started regularly for Schalke 04 in the Bundesliga. The young American started and played the full 90 in both league matches this season as well as their German Cup win over FC Schweinfurt.

Schalke returns to league play on Saturday against Borussia Monchengladbach, but it doesn’t appear that McKennie will be ready to go for that match.