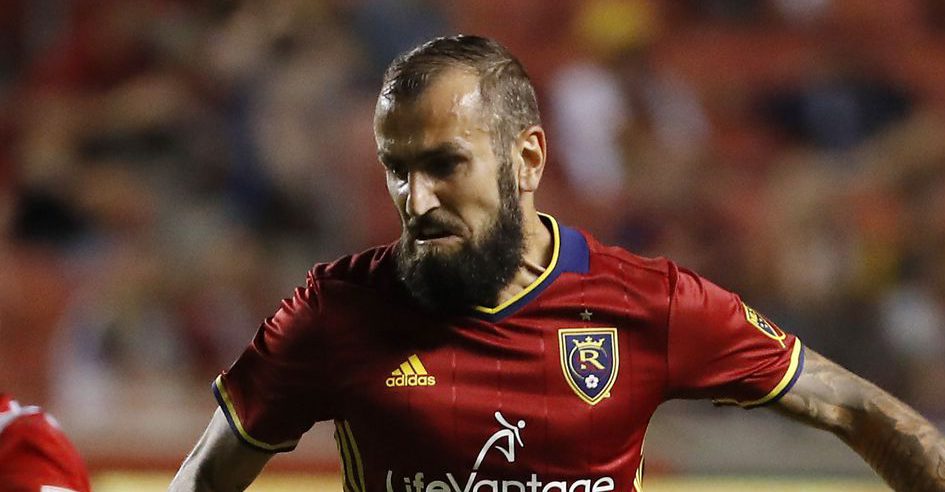 The Chicago Fire acquired a veteran MLS forward on Friday via waivers.

31-year-old Yura Movsisyan has joined the Fire, most recently playing in Sweden with Allsvenskan side Djurgardens IF. A former first-round pick in the 2006 MLS SuperDraft by the Kansas City Wizards, Movsisyan also spent two stints with Real Salt Lake as well as time abroad.

The Armenian has also seen time with Danish side Randers and both Spartak Moscow and Krasnodar of the Russian Premier League. His best haul came with Spartak between 2012-2016, where he scored 25 goals in 62 appearances.

In his time in MLS, Movsisyan tallied 36 goals between three clubs but fell out of favor at RSL near the end of the 2017 season. He also has won 34 caps with the Armenian National Team, bagging nine goals.

The Fire are back in action on Sunday at home against Orlando City.

Real Salt Lake is fighting for a playoff spot out West and Mike Petke’s side added an experienced defender to their roster for the busy matches ahead.

According to MLS Soccer, RSL has signed English centerback Nedum Onuoha ahead of the roster freeze deadline on Friday.

Onouha, 31, joins as a free agent after seeing his contract with QPR run out following last season. He amassed 210 appearances during Rangers’ stay in the Premier League, and also saw time with Manchester City and Sunderland in his career abroad.

RSL has signed Onuoha to a deal through 2019 with an option for 2020. They will also not have to use Targeted Allocation Money for the centerback’s services. Onouha is expected to compete with first-team centerbacks Marcelo Silva and Justen Glad for playing time.

Petke’s side are fourth in the West and face Minnesota United next on Saturday.

Hauche, 25, joins New England from his native Argentina, the club announced. The forward saw time in the top-flight with Racing Club, and has also seen loan spells with Almagro of Argentina’s second division and Union Espanola of Chile’s first division.

“Guillermo is a very technical player who provides us with another attacking option heading into the final stretch of the season,” Revolution General Manager Michael Burns said. “He trained with the first team during this past week and we were impressed with his skillset. We’re looking forward to integrating him into the team on a full-time basis.”

He failed to score at the club level domestically but will hope to make an impact for the Revolution, who are needing some help offensively.

Brad Friedel’s men face LAFC on Saturday, sitting three points back of the final playoff spot in the Eastern Conference.