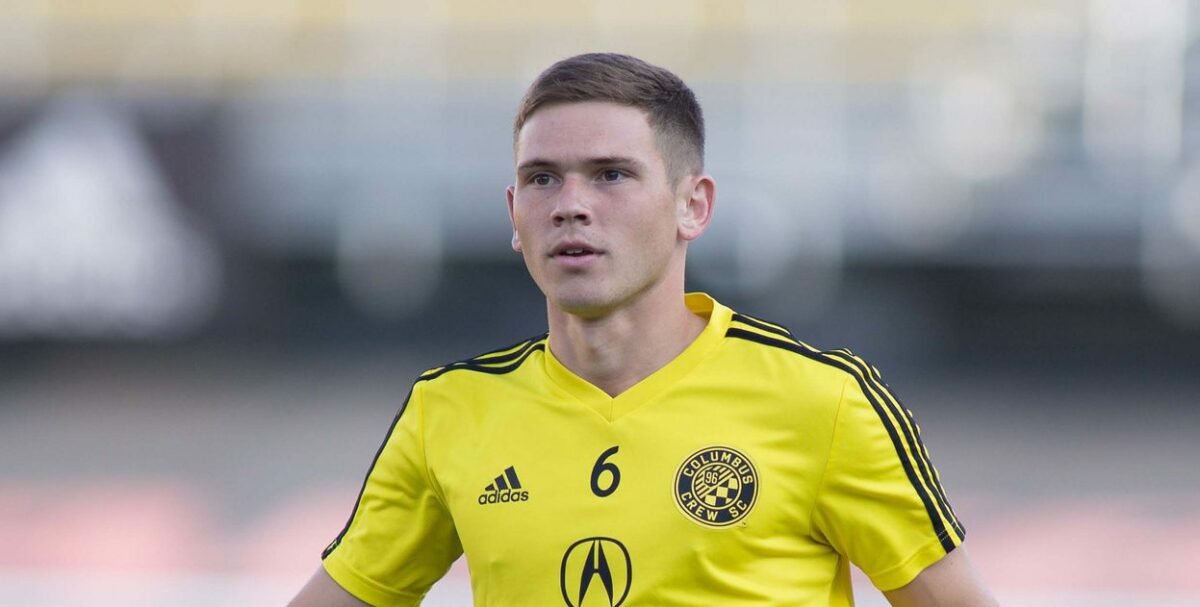 The first begins Saturday after the conclusion of the September international break.

From now until the first week of October, teams will jostling for position in both conference to set themselves for the final push after the October international break .

Only one team is officially eliminated from the postseason, but in all reality, the races in both conferences are 17 legitimate contenders, and the list could get smaller after this weekend’s results.

Below is a look at all of the contests taking place during Week 29.

Saturday’s clash at Toyota Stadium isn’t the sexiest matchup on paper, but it carries importance in both playoff races.

Columbus needs a point or more out of Frisco in order to remain in fourth place in the Eastern Conference for another week, while FC Dallas is trying to stave off Sporting Kansas City and LAFC at the top of the Western Conference.

Both teams stumbled a bit into the international break, as they took four points from their last three games to put them in their current predicaments.

The battle to watch comes in FC Dallas’ final third as its interchanging four-pronged attack goes after the Jonathan Mensah-led Crew back line.

There will be plenty to watch for U.S. Men’s National Team fans as well, as Reggie Cannon, Matt Hedges, Jesse Gonzalez, Zack Steffen, Wil Trapp and Gyasi Zardes are all expected to be involved.

Philadelphia has done a terrific job creating separation between itself and the other contenders for the final two playoff spots in the East.

The Union can open up the gap further with a win over sixth-place Montreal at Talen Energy Stadium.

Jim Curtin’s men need a victory so they can justify resting players for a midweek trip to Seattle ahead of a three-game stretch in a week.

The Impact have wins in two of their last seven matches, and they are feeling the heat from D.C. United, which is two points back with a game in hand.

Ignacio Piatti is the obvious key for the Impact’s success, but they’re going to need more threats to pop up in the final third to test the Union’s young defense.

Four days before the Campeones Cup comes to BMO Field, the Desperation Cup takes place between the LA Galaxy and Toronto FC.

The Galaxy, currently in eighth place in the West and under direction of Dominic Kinnear after Sigi Schmid resigned, haven’t won since July 29. Another loss could completely knock them out of the postseason.

The Reds are still nine points back of Montreal and have to climb over D.C. and New England before they can contend for sixth place.

Although the task seems daunting, TFC could benefit from this weekend’s play, as its at home and the three teams above it face tough opponents.

If everything goes right, the Reds could pull something off since they play Montreal, D.C. and New England in the closing stretch.

The final installment of the Atlantic Cup this season means more to D.C. United.

The Black and Red could jump into a playoff position with a victory on Sunday depending on what happens in Chester the night before.

As for the New York Red Bulls, they’re building toward the September 30 clash with Atlanta United that could decide the Supporters’ Shield and home-field advantage in the East.

The Red Bulls already clinched the Atlantic Cup with a pair of 1-0 victories, which handed them the rivalry crown in back-to-back seasons for the first time since 2010 and 2011.

The Five Stripes need a result at Dick’s Sporting Goods Park to put even more pressure on the Red Bulls in the fight for the No. 1 spot in the East.

After surging back to life following the Kellyn Acosta trade, the Rapids have lost three games in a row, which puts them four points ahead of San Jose in 11th place.

If Atlanta’s attack is firing on all cylinders, it should take its ninth road victory of the campaign, especially since the Rapids have one win over a playoff team in 2018.

It’s pretty comfortable to say the Houston Dynamo are waiting until the U.S. Open Cup to do something with their season.

The Dynamo’s freefall down the West standings includes seven losses and three draws since July 7.

On the opposite end of the spectrum, the Portland Timbers rallied from a four-game losing streak to take seven points out of their last three games.

The Timbers’ 3-5-5 road mark isn’t ideal, but if they can improve it slightly from now until the end of the season, Providence Park could host at least one playoff game.

No one is talking about Real Salt Lake’s recent surge.

The Claret and Cobalt quietly put together a three-game winning streak before the international break to move up into fourth place in the West.

As the only team in the West with 10 home wins, RSL should be able to blow past Minnesota United and continue to bolster its chances of hosting a knockout-round game.

Damir Kreilach is worth watching for RSL since he’s been on fire in front of the net, but also keep an eye on defensive duo of Nick Besler and Justen Glad, who must contain Darwin Quintero’s surges into the penalty area.

The renewing of hostilities in Cascadia comes with an extra punch on Saturday night, as the Seattle Sounders sit one point above the red line and the Vancouver Whitecaps lie in seventh.

While the Sounders have received all the attention recently for their eight-game winning streak, the Whitecaps are on a nice run of their own, unbeaten in six games.

The Sounders enter BC Place with a five-game unbeaten run against the ‘Caps, who last beat the Sounders on April 14, 2017.

The Lee Nguyen derby spices up the competition at Banc of California Stadium just a bit more in a battle between a playoff contender in the East and a contender for the No. 1 seed in the West.

The New England Revolution are basically in must-win territory, as they sit three points back of the Impact in the East, and they haven’t responded to D.C.’s surge yet.

LAFC has only lost once at home, but it has been drawn on five occasions, which gives the Revs some semblance of hope.

Bob Bradley’s team scored nine goals in its last four games, while the Revs have two tallies in the same span.

Sporting Kansas City can take another step in the direction of clinching the No. 1 seed in the West with a road win at Avaya Stadium and some help from the Crew.

Peter Vermes’ team won the first meeting with the San Jose Earthquakes 3-2 at home on March 17.

The Earthquakes are the only team to be officially eliminated from the playoffs, but they’ve played decent soccer of late with two wins and a draw in their last six games.

A few months ago, Orlando City and Chicago Fire were dreaming of the postseason.

But now the bottom two teams in the East are just hoping to salvage disappointing seasons in September and October.

The Lions have five points since May 13 in what has turned out to be one of the most disappointing seasons in MLS history.

The Fire are on their own nine-game winless streak and they have nine points since the start of June in an equally frustrating campaign.