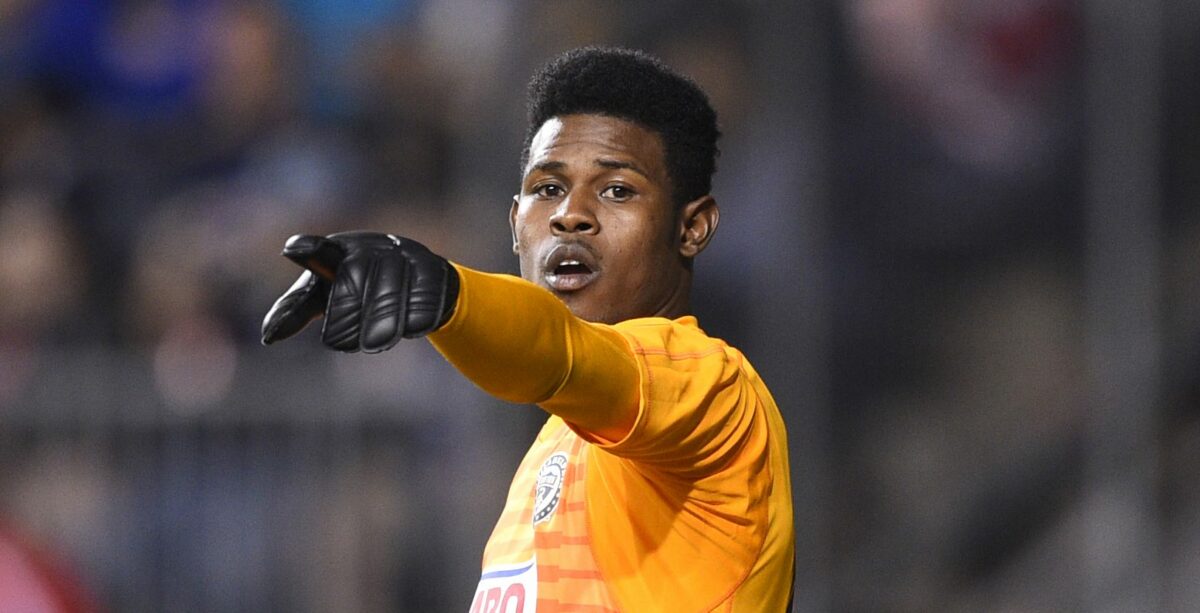 The midweek Week 30 games in Major League Soccer delivered every bit of unexpected wackiness we expect out of three late-night Wednesday contests.

The same unpredictability might not rear its head Saturday and Sunday, but there are plenty of storylines to keep you glued to your television, or to six different screens if you tune in on Saturday night.

With the playoff contenders spread apart this weekend, there will plenty of scoreboard watching ahead of the important head-to-head clashes in Week 31.

Philadelphia returns home on Sunday still on a high from knocking off Seattle down a man in second-half stoppage time.

The victory combined with a Columbus loss to Portland put the Union one point back of the Crew entering Sunday’s clash with the Sporting Kansas City.

Jim Curtin’s side has an eye on Wednesday’s U.S. Open Cup final, but it must focus on knocking off the top side in the West in order to keep the pressure on the Crew.

Sporting KC may get lucky and face some type of rotated Union lineup,

Peter Vermes’ side climbed to the top of the West thanks to wins in six of its last seven games. During that stretch, Sporting KC has conceded on four occasions with five shutouts to its name.

It might be time to officially give up on the pipe dream of Toronto FC making a late run at the postseason.

The Reds were handed another brutal dose of reality on Wednesday by losing the poorly-timed Campeones Cup to Tigres at BMO Field.

Greg Vanney’s side will most likely be relegated to the role of spoiler after Saturday’s trip to Red Bull Arena to face the New York Red Bulls, who have a small chance of still capturing the Supporters’ Shield.

In order to test Atlanta for the Shield next weekend, the Red Bulls have to come out and make a statement against Toronto FC.

Since the start of August, the Red Bulls have picked up 15 points, while TFC’s earned eight.

Two of the hottest teams in MLS square off in the first game in Atlanta in over a month.

Real Salt Lake is the decided underdog against Atlanta United, but it stands a chance given its four-game unbeaten run and four wins in seven games.

The recent surge has the Claret and Cobalt up to fifth place in the West, but one of the top criticisms about Mike Petke’s team has been its form on the road, as it’s 3-9-2.

The Five Stripes went 3-1 on their four-game road trip and experienced quite the set of fortunate events in San Jose on Wednesday night to come out on top with a 4-3 result.

The final five games of the season are about preserving the lead in the Supporters’ Shield race, which stands at four points, and making sure everyone stays healthy for a run at MLS Cup.

Sounders-Galaxy still isn’t the prestigious matchup it used to be, but Sunday’s clash at StubHub Center carries plenty of playoff implications.

Believe it or not, the Galaxy still aren’t dead in the playoff race, and if they somehow pull off a victory over the Sounders, they’ll be three points beneath the red line.

This has the feel of a game Zlatan Ibrahimovic can take over and win on his own, but then again he’s tried to do that multiple times and the Galaxy defense still lets him down.

The Sounders were stunned by the Union at home on Wednesday, and in order to avoid a late surge by Vancouver or the Galaxy, they need three points on Sunday to feel a small sense of security in sixth place.

Playing the Galaxy’s defense is the perfect cure for fixing whatever woes came out of Wednesday night.

A victory with a substantial goal difference would help pad the Sounders’ advantage in the goal differential tiebreaker.

So here we are again with the Whitecaps.

Vancouver sits four points out of a playoff spot with the second-place club in the West coming to town on Sunday.

Carl Robinson’s men face a must-win with sixth-place Seattle most likely being handed a win by the Galaxy defense.

However, that won’t come easy against a FC Dallas side that is 5-5-3 on the road and needs points for itself to keep pace with Sporting KC in the race for home-field advantage in the West.

The first meeting between the two sides this season featured a 100th-minute equalizer from Kei Kamara in Frisco.

You can’t help but feel a little bad for the San Jose Earthquakes and their fans after the misfortune that led to the home loss to Atlanta on Wednesday night.

Somehow Steve Ralston and Co. must find a way to respond to the crushing defeat on the road at Banc of California Stadium.

Credit to Ralston, who made the Quakes look energized for one of the few times this season, but the final product still needs to be much better.

As for LAFC, it has an outside chance of reaching the top two in the West, and in order to do so, it must win it remaining three home games, pick up a few road points and hope FC Dallas and Sporting KC slip up at some point.

LAFC took the first meeting between the two sides on June 9 by a 4-3 scoreline the Quakes are all too familiar with right now.

Colorado enters Mapfre Stadium on a four-game losing streak, which came after the small burst of hope in the form of a three-game unbeaten run.

It turns out the bump from the Kellyn Acosta was just temporary and now the Rapids are just pushing to get to the finish line, which may or may not include Anthony Hudson at the helm given the poor form his team’s been in all season.

As for Columbus, it should face business as usual at home before preparing for a clash with the Union next weekend that will go a long way in determining the No. 4 seed in the East.

Saturday’s clash at Stade Saputo has playoff preview written all over it.

New York City FC sits third in the East, and there’s little chance it’ll move from that position unless it free falls between now and October 28.

Montreal is sixth with a four-point advantage over seventh-place D.C. United, and any type of result on Saturday would do wonders ahead of the six-pointer with D.C. next weekend in Quebec.

Chicago and New England play in one of two “What Could Have Been” matches on Saturday night.

Both the Fire and Revolution started the season in decent form, but they’ve fallen off the map since the start of July.

In the last two months, the pair of disappointing sides have combined for 11 points.

The Revs have been better lately, with five points in their last three games, but it’s nowhere close enough to make a late run at the No. 6 seed.

The second of the “What Could Have Been” games features the Houston Dynamo, who have fallen off a cliff since making the U.S. Open Cup final and Orlando City.

At least Wilmer Cabrera’s side has something to play for in the near future, but it needs a convincing performance at Orlando City Stadium to build some semblance of confidence.

There isn’t much else to say about Orlando City’s dreadful season that hasn’t been written in this space in recent weeks.

Portland needs to avoid falling short in a trap game on Saturday at TCF Bank Stadium.

The Timbers beat the Crew on Wednesday at home and have a crucial meeting with FC Dallas at Providence Park next weekend, but they need to keep their focus on Minnesota United to avoid dropping points in the playoff race.

The Loons are just hoping to cross the finish line in decent form, but they need to improve immensely for that, as they’ve earned two points in the last seven games.