Next move is crucial for Earthquakes to move forward 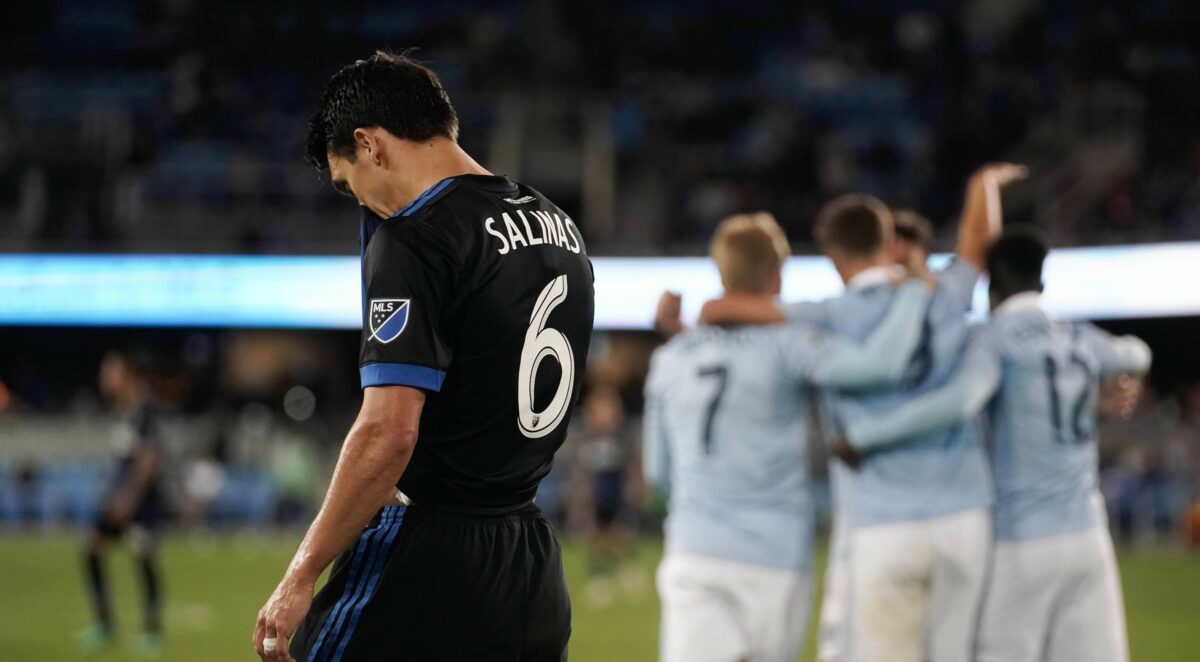 The San Jose Earthquakes have taken a bunch of risks that haven’t paid off since Jesse Fioranelli took over as general manager in 2017.

After the firing of Mikael Stahre on Monday, the Quakes will be led by their fourth head coach since the start of the 2017 season.

Dominic Kinnear, who took over the LA Galaxy on an interim basis last week, was let go last June, and the Quakes chose not to retain Chris Leitch on a permanent basis at the end of the 2017 season.

Enter Stahre and a new line of thinking that a foreign boss could reverse the fortunes of the storied franchise. That idea failed spectacularly, leaving the Quakes as the first team to be eliminated from playoff contention.

Former New England Revolution star Steve Ralston is in control for the rest of the season and he’ll attempt to salvage one of the worst seasons in MLS history.

Even if Ralston does help turn results around, an end-of-season surge would just be a temporary fix for a roster that needs some refurbishment during the offseason.

San Jose’s transfer decisions have been hit or miss and the players consistently starting in the lineup just haven’t been good enough.

Danny Hoesen has rewarded the Quakes with 11 goals, while Vako’s produced nine goals and five assists.

But Hoesen has one goal since the start of July and Vako’s only scored in spurts, with a recent streak of three goals in two games being the latest small example of what he can bring to the Quakes.

Magnus Eriksson and Jahmir Hyka haven’t been good enough for what the Quakes are paying them, while Chris Wondolowski, who is still in the hunt for the MLS all-time scoring record, has alternated between the starting XI and the bench.

Guram Kashia and Florian Jungwirth haven’t been terrible as a centerback combination, but we’re not ready to heap praise on the duo.

Only Orlando City has a worse defensive record, as the Quakes have let in 57 goals over 28 games.

The Quakes have let in three or more goals on seven occasions, including the 5-1 loss to Sporting Kansas City on Saturday.

Since the current experienced players in the lineup aren’t working, the Quakes need to turn to the future in a few spots in order to see what they have moving forward.

The first player to get minutes should be Jackson Yueill, and there are some Homegrown players on the first-team roster who should receive opportunities to impress.

With two home games and three road contests left, the Quakes front office needs to evaluate the pieces of their roster and decide who exactly fits into their future plans.

As for Ralston, he has a small window to show he’s worthy of taking a coaching opportunity before a handful of intriguing candidates, including Caleb Porter, who will be out on the open market during the offseason.

If Ralston impresses in the final five games, which include clashes with LAFC, the New York Red Bulls and Seattle Sounders, he deserves consideration for the Quakes job, or he can use that to bolster his resume in search of his next job.

Regardless of where the club’s leadership turns, the Quakes need everything to improve in order to become a consistent contender again.

If things don’t change under Fioranelli with the next coaching hire, the Quakes might be forced to take more extreme measures and reboot from the ground up.