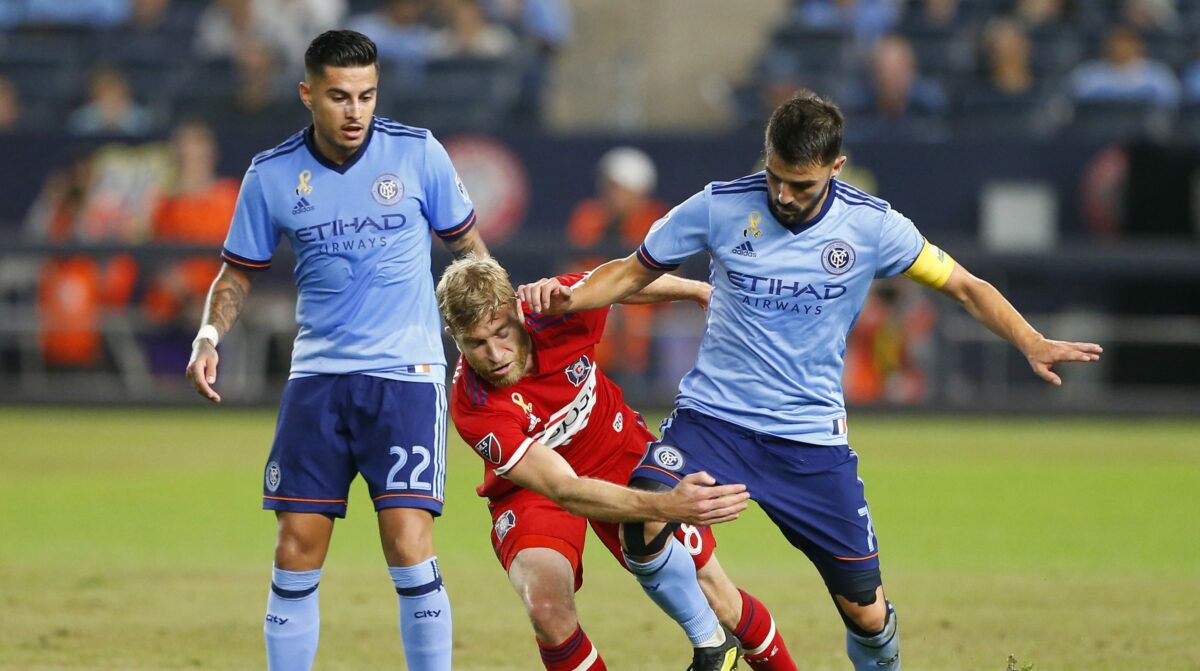 After Saturday’s 1-1 draw at Montreal, NYCFC forward Jo Inge Berget put NYCFC’s struggles in one simple quote: “You win games if you score goals it’s as easy as that.”

Four days later, back home in the Bronx, NYCFC did just that in a 2-0 win over the Chicago Fire, and while ending their six-match winless skid, they might have also ended their attacking struggles as well.

Entering Wednesday night’s match, NYCFC was outscored 8-4 throughout the six-match winless skid with two of them seeing NYCFC get shut out. They’ve averaged just over a goal a game throughout the last 10 matches, winning just two of them. Despite creating chances to score on various occasions, City has been unable to find the back of the net.

That changed in the second half when, after missing even more chances in on goal in the first half, Alex Ring and David Villa both scored just four minutes apart from one another to potentially put an end to the goal-scoring drought. NYCFC wasn’t shy to pull the trigger Wednesday night either, outshooting the Fire 19-5, 6-2 on-goal.

“You get a little bit desperate when your team is not winning,” defender James Sands added, “and it’s been a while since we last won. So, I think this will go a long way, and I think everyone wants to build back to this so we can finish the regular season strong and get some more wins.”

NYCFC’s 19 total shots on the night is a far cry from the season-low six taken in last Saturday’s 1-1 draw at Montreal.

If goalscoring is contagious, then Ring and Villa are the catalysts that could get City’s should-be potent attack going at the right time entering the playoffs.

“I mean, it’s always nice to score,” Ring said about his goal in the 47th minute, his second of the season. “But yeah, the most important thing is that we clinched the playoff spot today and we have to be happy about that and now we have a couple of games to find our rhythm; to find the flow that we need for our players.”

Wednesday night’s win was NYCFC’s first since August 12 at Toronto FC – which was also the last time they had a multi-goal performance – and it was their first clean sheet since July 26th at Orlando City.

“I think we needed it,” defender Ronald Matarrita said after the match. “The team came in playing well, although the recent results haven’t reflected that. Today we came in and were much more decisive in the final third and that’s what matters, that we were able to pick up the three points.”

As dominant as NYCFC has been at home overall this season, Wednesday night’s win also marks their first at home since they beat the Columbus Crew by the same score on July 14.