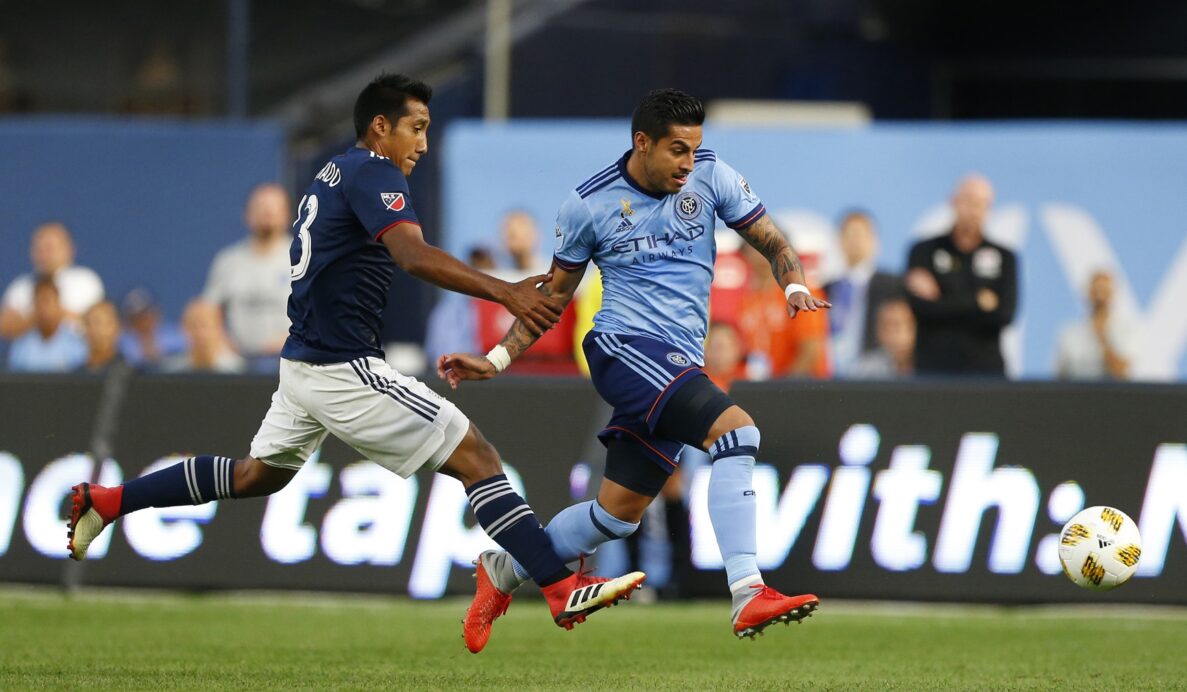 Only a few teams can say they remain in the MLS Playoff race following a nine-match winless streak. The New England Revolution halted their slide on Wednesday with a huge 1-0 road win over NYCFC at Yankee Stadium.

Following a first-half which was dominated by the hosts, the Revolution got their footing after the break. Cristian Penilla was kept out a pair of times by Sean Johnson while substitute playmaker Diego Fagundez saw the same result on his long-range effort in the 69th minute.

However, it was an unlikely source who broke the deadlock in the 71st minute. Brian Wright bagged his first league goal for the Revs as he roofed a left-footed shot into the top-left corner. It came after a pair of Johnson saves which showed the visitors weren’t going to sit back for the entirety of the match.

Issac Angking rattled the left post in the 80th minute for New England as they seeked an insurance goal. David Villa was repelled in the 82nd minute by Tyler Knighton who had a strong performance in goal for Brad Friedel’s side.

The 33-year-old made five saves as the Revs moved to three points of sixth-placed Montreal in the Eastern Conference standings. As for NYCFC, they see their winless run extend to four matches and remain a pair of victories behind the top-two.

Seeing limited time this season, Wright played the hero for a Revolution side struggling for goals.

A busy first-half for Knighton saw the veteran keeper come up with his biggest save in the final moments. He kept out Villa for the first time on the night, but preserved the road clean sheet.

It was another rough night for Villa who only had one shot on goal out of his game-high eight in total. He has not scored in back-to-back defeats for NYCFC.