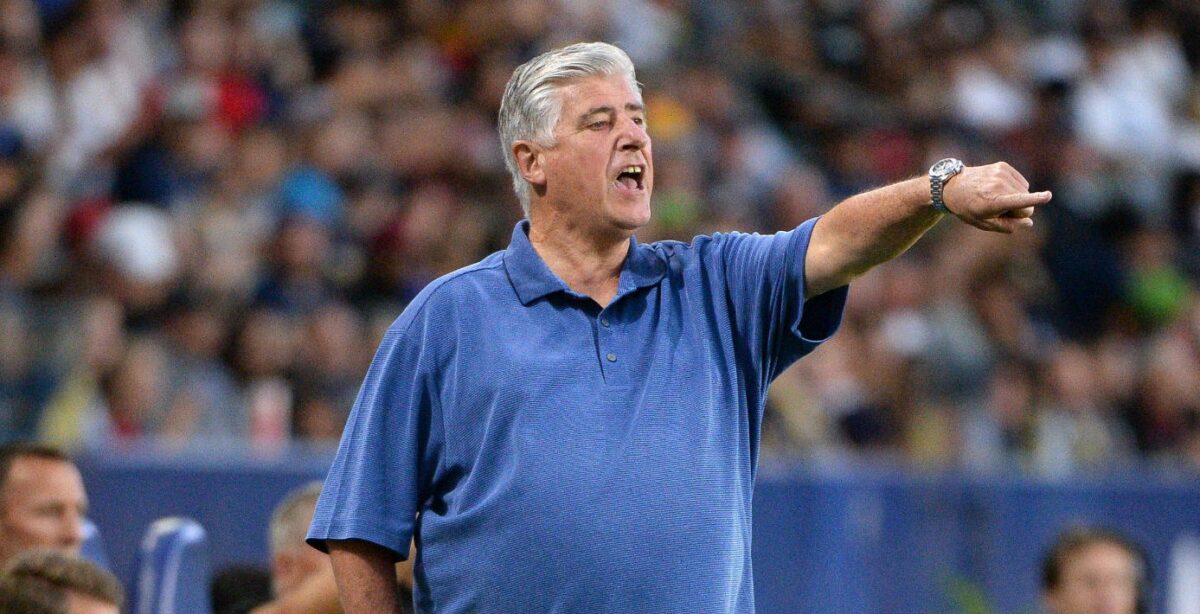 Sigi Schmid’s departure from the LA Galaxy comes at an intriguing time during the MLS season. With the team sitting three points out of the Western Conference playoff places, a late-season push didn’t seem out of the question.

However, an up-and-down campaign took another strange turn when Schmid stepped down to give new interim manager Dominic Kinnear time to gel with the group of players.

“It was probably the best decision,” Schmid told ESPN. “With the coaching change, there’s always a boost that comes with it. We were planning to go really defensive in the last six games. So maybe with those two things that will be enough to push the team into the playoffs.”

Stacked with offensive talent such as Zlatan Ibrahimovic, Ola Kamara, Romain Alessandrini, and the Dos Santos brothers, the Galaxy have had no problems scoring goals. Their 51 goals scored is good for second best in the West, behind local rivals LAFC.

However, defensively they have been a mess, conceding 54 goals, which is tied for the second-most in the league. Their current six-match winless run has them needing positive performances in their final six matches of the season.

“You agree with some things, you don’t agree with others, but at the end of the day it’s probably the best decision,” Schmid said. “My goal [was that] I had told them it was a two-year project and then [I’d] leave with an infrastructure that was better than the infrastructure I found,” he said. “I think we were allowed to accomplish that in some areas and in some areas it hasn’t happened yet.”

Sources close to the team thought there was disagreements between Schmid and the front office, but there has been no official remarks made on the subject. Schmid’s relationship with star-striker Ibrahimovic was also questioned as well as his post-match addresses to the team but the 65-year-old denied those claims.

“Zlatan and me, I think everything was great,” he said. “It was a professional relationship. We talked about a lot of stuff. There wasn’t things that we disagreed with. He was frustrated because we were giving up goals and so was I. There was nothing where we argued or anything like that.”

“We talked after the Salt Lake game, and after the LAFC game,” he said. “I don’t know where that comes from. There would be certain times where I wouldn’t walk in and talk to them. After Salt Lake, I addressed them in the locker room before they left. A lot of times on the road I do that, but that’s normal.”

Kinnear’s reign with the team begins on Saturday when the Galaxy face Toronto FC at BMO Field. Following that, they host both Seattle and Vancouver to close out September.