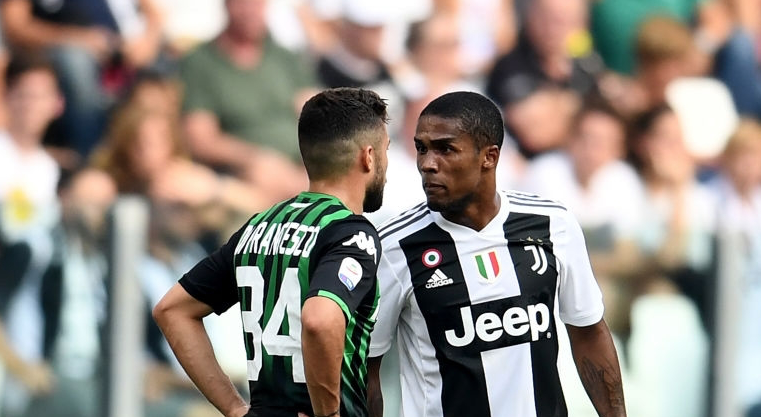 Douglas Costa has been given a four-game suspension following a spitting incident with Sassuolo’s Federico Di Francesco. (REPORT)

Jose Mourinho has admitted that Manchester United must change its style in order to turn around a rough start to the season. (REPORT)

Kingsley Coman’s recent ankle injury has turned out to be worse than originally thought, and now he is set to miss the rest of the year for Bayern Munich. (REPORT)

Atalanta coach Gian Piero Gasperini has been suspended for one match for making a a blasphemous statement on the sidelines of a recent Serie A match. (REPORT)

Lyon forward Memphis Depay has said that his former club Manchester United “did not see the best of him.”(REPORT)

Christian Pulisic scores the winner on his 20th birthday in the UEFA Champions League for Borussia Dortmund against Club Brugge. (READ)

SBI Question of the Day: Which MLS team will make the next coaching change? (READ)

A look back at all the Tuesday matches in the opening round of the 2018-19 UEFA Champions League group stage. (READ)

A look ahead of the Wednesday matches in UCL. (READ)

Weston McKennie makes his UEFA Champions League debut with an assist in a 1-1 draw for Schalke against Porto. (READ)

What soccer will we see on TV this week? (READ)

The next move for the San Jose Earthquakes will be a crucial one. (READ)