Weston McKennie diagnosed with bruised thigh in loss to Bayern 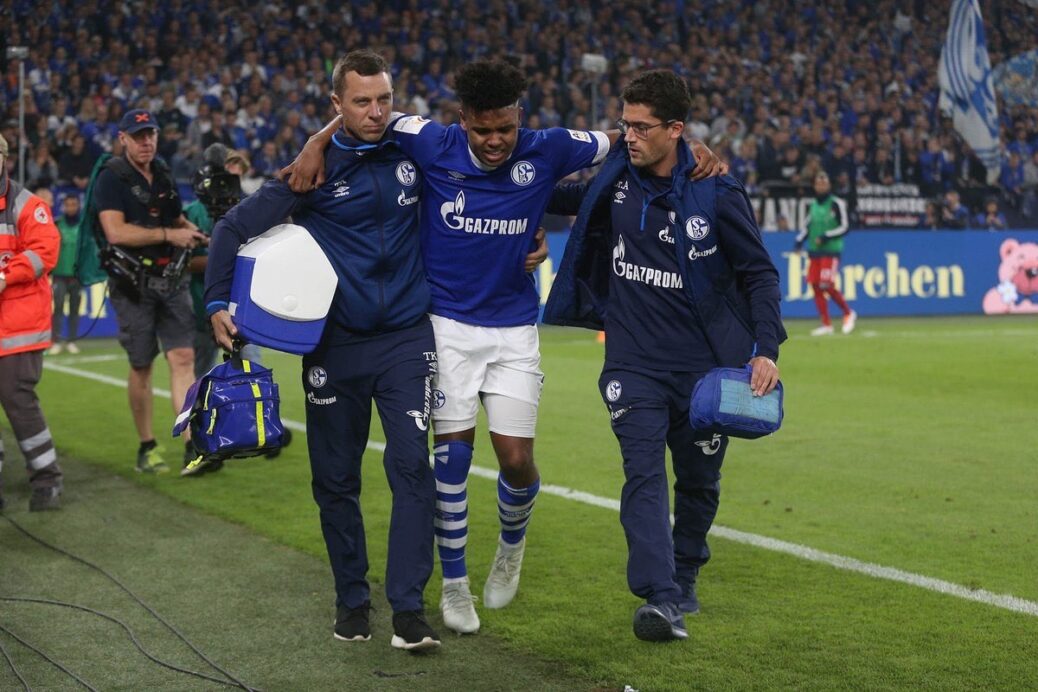 Schalke midfielder Weston McKennie kicked off his season in fine form but the 20-year-old now looks set for a lengthy spell on the sideline.

McKennie was carted off in tears in the 53rd minute of Saturday’s 2-0 home defeat to Bayern Munich.

The U.S. Men’s National Team midfielder collided with Bayern’s James Rodriguez in the second-half of Saturday’s Bundesliga match at Veltins-Arena. McKennie was caught in the left shin by Rodriguez which saw him fall to the ground in pain.

He was replaced by Nabil Bentaleb as Schalke would later concede a second goal through a Robert Lewandowski penalty kick.

The injury comes at a tough time for McKennie who is coming off a solid showing in his UEFA Champions League debut midweek. McKennie registered an assist in Schalke’s 1-1 draw with Porto, but the side remains winless to start the Bundesliga season.

After x-rays on Sunday, McKennie has been diagnosed with a bruised thigh with some internal bleeding. There is no timetable for his return to the squad.

McKennie was also expected to be in the USMNT’s plans for their upcoming fall friendlies against England and Italy in November, but that could very well be in jeopardy due to his injury.