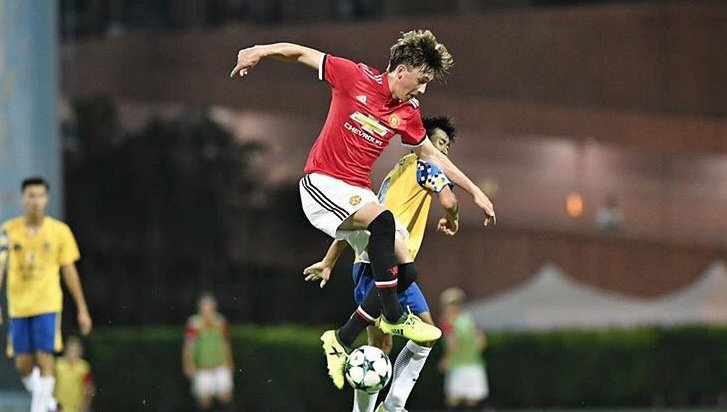 United States U-18 international Will Vint has found himself a new club.

Following his departure from Manchester United due to Visa issues, Vint has joined Atlanta United’s academy, ESPN announced.The 16-year-old joined United back in July following a trial with the club.

“I’m really excited to really just start playing again, and I think Atlanta is a club that can challenge me and really bring me to my full potential,” said Vint. “The people here are really nice and really supportive and I think I’ll really be able to improve and [thrive] in this environment.”

The Real Colorado product also had trials with Fulham and Everton, where his father was the Toffees former academy director. Since his return to the U.S., Vint had explored moves to both Sporting KC and the Philadelphia Union. Ultimately, the Five Stripes won out and Vint will hope to make an impact with the club in some way this season.

“The big thing was getting opportunities with the USL team and maybe into the first team for preseason next season,” said Vint about choosing Atlanta. “But just the opportunity to play with older players is appealing to me. When I played with older, stronger, faster players it pushes you to improve everything about your game, and them telling me straight off the bat that I’m going to have those opportunities really helped draw me in.”

Despite spending most of his childhood in Colorado, the Rapids had no claim on Vint as a homegrown player. Vint was allowed to pick his destination freely, which ended up being the in-form Five Stripes.