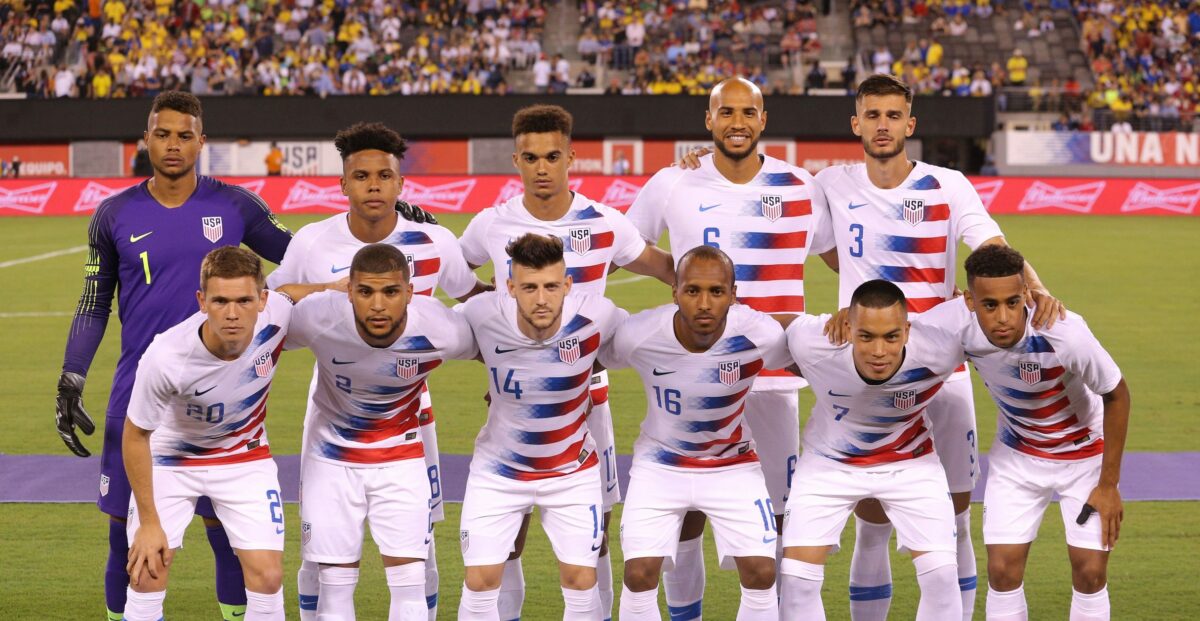 The U.S. Men’s National Team has five international soccer powers left on its fall schedule, but Tuesday’s foe is the most important.

Tuesday’s game provides the young American team with an opportunity to measure itself against Concacaf rival Mexico.

While the other friendlies against South American and European opponents will help develop the squad further, Mexico is the USMNT’s direct competition to qualify for the 2022 FIFA World Cup.

Only six of the 22 players on the USMNT roster for Tuesday’s game at Nissan Stadium in Nashville have experience against Mexico, with DeAndre Yedlin, Bobby Wood and Gyasi Zardes the only ones with multiple caps against El Tri.

While the names on the field might not be the ones we see at the 2019 Gold Cup or during World Cup qualifying, it gives the core of the young USMNT like Tyler Adams, Weston McKennie and Timothy Weah a chance to experience the rivalry firsthand before the competitive contests.

“As far as playing Mexico, a lot of it does speak for itself,” Sarachan said. “These are young guys that don’t have the background that I have with my experience playing Mexico. For me, it’s always been kind of personal, the rivalry, and I don’t mean it in a mean way.”

“That’s the way it is. For a lot of those young guys, they don’t have that experience yet, although many of them have played at the youth levels against Mexico,” Sarachan said. “We always say that the USA-Mexico teams in our region are the standard. I think these players understand the significance.”

USMNT interim head coach Dave Sarachan told reporters on Tuesday that four to six changes will be made from Friday’s 2-0 loss to Brazil.

Two of them are known at this time, as John Brooks and Paul Arriola departed camp to return to their respective club sides.

Cameron Carter-Vickers, Timothy Weah and others should rotate into the squad to combine with the likes of Tyler Adams and Weston McKennie likely to remain the lineup in order to give the USMNT as much attacking punch as possible.

In addition to handing out opportunities to new players in the squad, the USMNT is in need of a result since its only victories since the failure to qualify for the World Cup have come against Paraguay and Bolivia.

Seven goals in seven games under Sarachan isn’t good enough, and there’s concerns about the ability of each of the three forwards on the roster to find the back of the net on the international level.

Bobby Wood isn’t in great form at the moment and Gyasi Zardes has only shown flashes of brilliance with the USMNT, while Andrija Novakovich is still a wild-card after scoring in the Dutch second division.

The other storyline hovering over Tuesday’s game is the presence of Jonathan Gonzalez on the Mexico roster.

The former U.S. youth international made a controversial switch to Mexico last year, and although the decision has been put in the past by the USMNT staff, it still lingers as a decision that could potentially affect both nations for years.

“Honestly I hadn’t thought about that in months,” Sarachan said. “We covered that back in the day when all this came up. There were conversations and at the end of the day this was the decision he had to make. He had a pretty good understanding of weighing out his options.”

Even though you can conjure up a decent amount of excitement for Tuesday’s game because of a few different factors, it still doesn’t pack the punch a normal US-Mexico game usually does.

But the USMNT is hoping Tuesday serves as a proper introduction to the rivalry to prepare for the more meaningful clashes in the future.

“You have a lot of supporters for both countries,” Zardes said. “I grew up in Los Angeles and there are a lot of Mexicans there and I have a lot of Mexican friends. Every time the US plays Mexico, it’s a huge game considering Mexico is right next door. That’s my mentality going through it. It’s one of the biggest games of the year.”