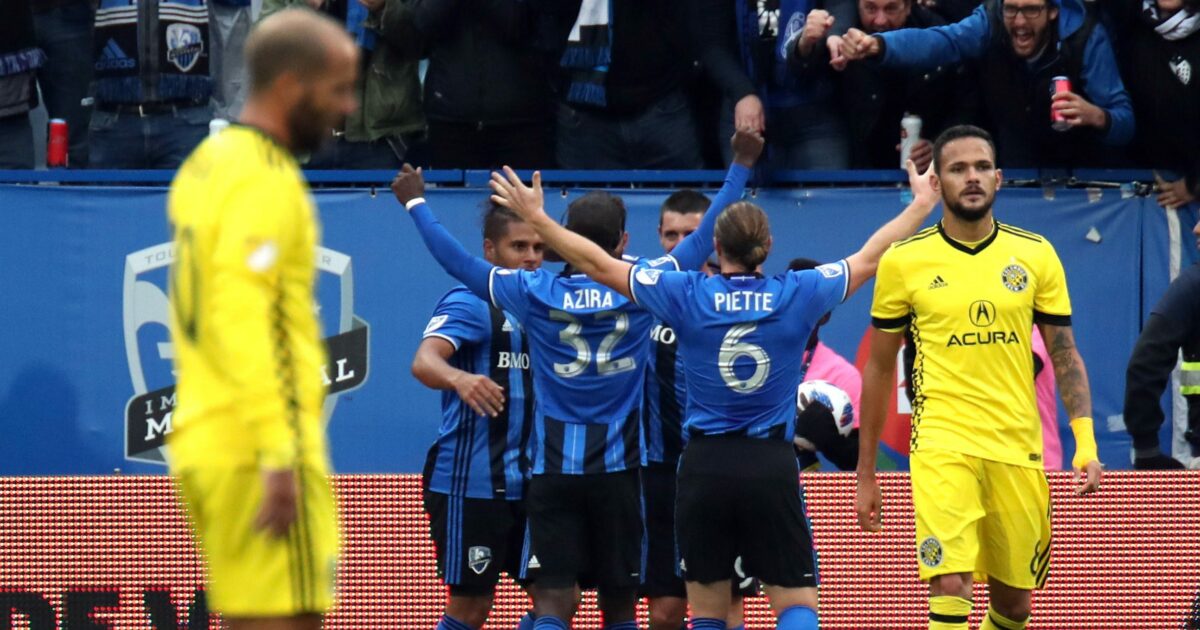 The Columbus Crew not only slipped up on a dreary Saturday afternoon to the Montreal Impact, but they fell from fourth to fifth in the Eastern Conference playoff race.

Coming in with only a point over the then fifth-placed Philadelphia Union, Gregg Berhalter’s Crew were pounced on by Remi Garde’s Impact in a 3-0 loss relegating them to fifth.

The Crew only have two games left to better their fate. They start with an away game at Orlando City on October 21 and finish with a home game against Minnesota United on Decision Day. With these two dates circled in his calendar, Berhalter stressed that “key moments will define the game.”

“To give up a goal on a transition set piece, your own corner kick, is something that can’t happen,” said Berhalter. “Five minutes before halftime, you can’t give up a goal either.”

Columbus will have time to re-focus with the international break in the coming week. For Berhalter, momentum is crucial in MLS when heading into the playoffs.

“You always want to build momentum, that’s the important thing,” he said. “First, you want to qualify for the playoffs—we’re not there yet, let’s acknowledge that—but then you also want to get to the playoffs with some momentum.”

For Justin Meram, there will be no break. The winger will fly to Riyadh, Saudi Arabia on Sunday to face Argentina and Saudi Arabia with the Iraq men’s national team. He isn’t worried about not getting too much rest in a crucial part of his team’s season.

“I’ve been doing it for over four years now so you find ways to adjust,” Meram said. “You do little things here and there to keep you fresh and put yourself in the right mindset as you travel back.”

Regardless of international duty, the focus will be to regain fourth place. Meram and his teammates understand the importance of finishing fourth to earn a home game in the knockout round of the postseason.

“In this league, every time you play on the road it’s difficult,” added Meram. “Our priority is to get two wins in the last two games and put ourselves in good shape to host a playoff game.”