David Villa: NYCFC “need to forget” about past playoff failures 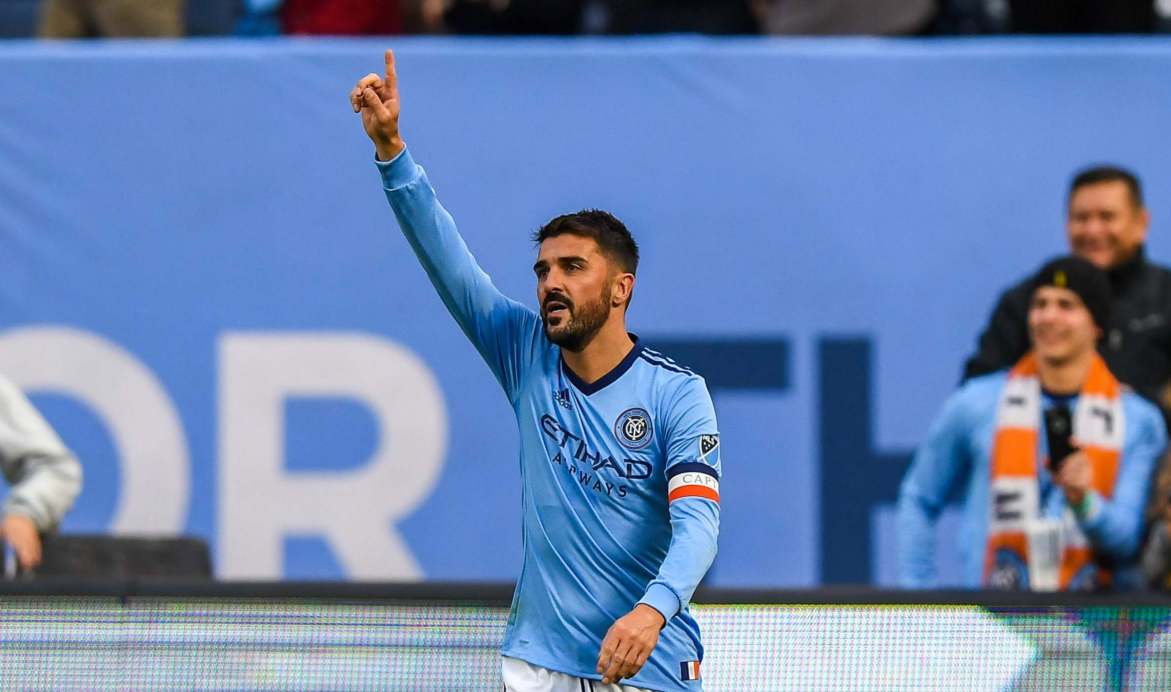 For the third straight year, New York City FC is in the playoffs which is, by now, familiar territory. What will be different this time around is NYCFC having to navigate the knockout round, a one-game elimination match.

As NYCFC prepares for its first knockout match in the club’s short history Wednesday night against the Philadelphia Union side it just defeated, 3-1, in Sunday’s regular-season finale, David Villa knows that the only way NYCFC will succeed in the postseason is to focus on the now, and not look back on past failures.

“The guys that were here last year know we had a bad situation because we didn’t do well in the playoffs the years before, but we need to forget this,” Villa said on Sunday. “The soccer is about the present. We are in the playoffs. We play Wednesday at home and we need to win.”

The last two years in the playoffs were forgettable for the Boys in Blue. Both times they entered the MLS playoffs as the No. 2 seed, earning a first-round bye straight into the Eastern Conference semis. In those semifinals, they were easily taken down, losing 7-0 on aggregate to Toronto FC in 2016 and 4-3 on aggregate to the Columbus Crew last year.

Their stumble into the postseason this year is similar to the way they stumbled into the postseason last year when NYCFC won just one of their final seven matches to end the 2017 campaign. NYCFC opened its 2017 playoff run with a 4-1 loss at the Crew in the first leg before falling short on aggregate with a 2-0 win in the Bronx in the second leg.

Despite entering Sunday’s match winless in 10 of its last 12 matches, NYCFC showed tons of confidence on the way to a convincing victory. Confidence Domenec Torrent’s squad will be looking to take into their playoff opener Wednesday night.

If the trick to keeping positive momentum is to keep playing, then NYCFC may be onto something entering the playoffs, this time without a first-round bye, something teams like the Seattle Sounders did on their MLS Cup run in 2016.

“Sometimes in this league, it doesn’t matter what happened in the regular season, and we need to believe in that. In the meantime, we did well – we took the three-position, we did 56 points and, the most important, we showed we’re ready to face every team.”

Outside of the possibility of having momentum behind them, NYCFC has a big advantage for them entering Wednesday’s knockout – Yankee Stadium. NYCFC has lost just once at home all season and have never lost to the Union in the Bronx.

“We are stronger here, everyone knows,” head coach Domenec Torrent said in his post-game press conference. “It’s not easy to win two games in a row against the same team. But to play in Yankee Stadium, we’re stronger here and play with more confidence.”