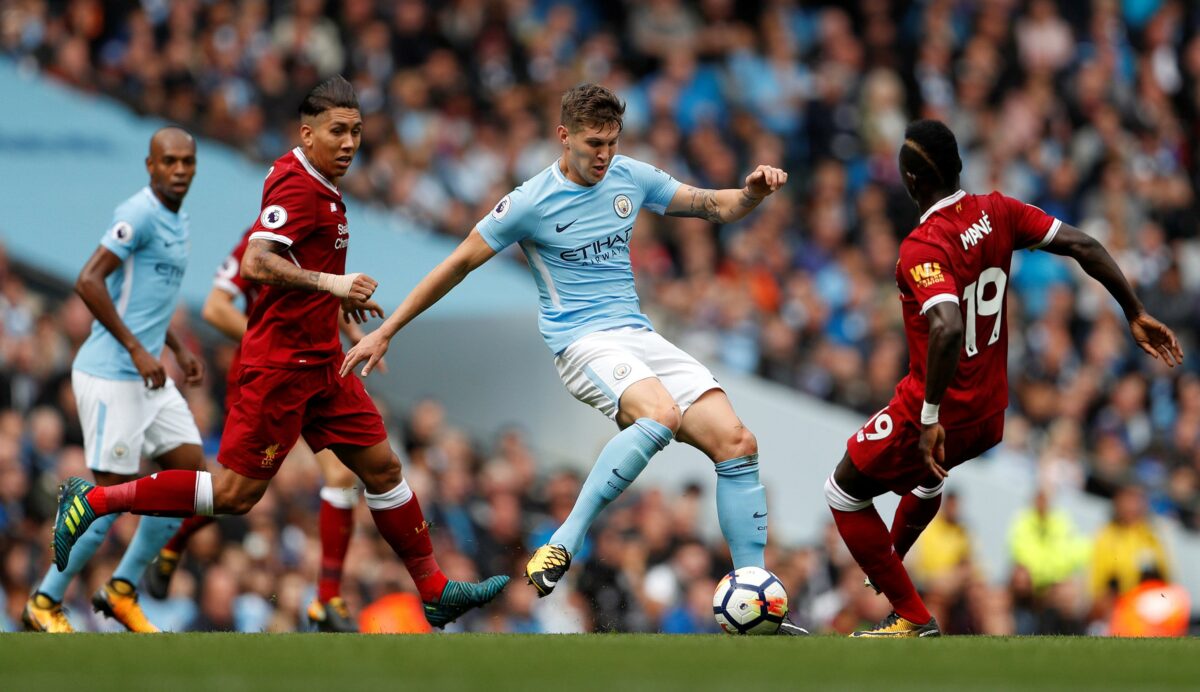 Liverpool and Manchester City are two of the title favorites in the English Premier League, and the pair will meet up once again this weekend on Merseyside.

The defending champs currently lead the EPL table on goal difference and will look to exact revenge from last season’s exit in the UEFA Champions League. A 2-1 comeback win at Hoffenheim midweek helped Man City grab their first points in Europe this season, and will hopefully carry momentum over to Anfield. Sergio Aguero and Raheem Sterling lead the way with five and four goals respectively in league play.

Liverpool sit in second place, but also are unbeaten in league play in the 2018-19 campaign. The Reds suffered a last-minute 1-0 defeat at Napoli in UCL play on Wednesday and will look to get the taste of losing out of their mouths. Sadio Mane leads the team with four goals, while Mo Salah and Roberto Firmino round out the dangerous attacking front.

Elsewhere, Ligue 1 leaders Paris Saint-Germain welcome Lyon to the Parc Des Princes in the headliner in France. Borussia Dortmund welcomes Augsburg to Signal Iduna Park, while Bayern Munich hosts Borussia Monchengladbach. Barcelona caps off the weekend in Spain’s top-flight as they visit Valencia. Lazio sees Fiorentina visit the Olimpico in the Serie A match of the weekend.

A pair of top half sides meet at Vicarage Road on Saturday, looking to continue their impressive start to the season. Watford however is winless in their last four matches, drawing only one of their last three league matches. Andre Gray and Roberto Pereyra headline the attack with three goals apiece, while gritty forward Troy Deeney has chipped in a pair.

Bournemouth are level with Watford, totaling 13 points this season through their opening seven matches. A 2-1 home success against Crystal Palace kicked off the week, as David Brooks bagged his first top-flight goal. Eddie Howe’s side have been better at home than on the road this season, and will need to aim for a positive result against a winnable opponent.

Things have not gone Real Madrid’s way as of late, and Los Blancos will look to turn the side this weekend at Alaves. A 1-0 defeat at CSKA Moscow in the UEFA Champions League extended Real Madrid’s three-match winless run, where they have failed to score in each match. Karim Benzema and Gareth Bale are the likely duo to break the scoreless drought which currently sits at 350 minutes. The pair has seven league goals this season and are a tough pair to stop when on form.

Alaves Saw their five-match unbeaten run snapped in a 2-1 loss to Levante a week ago. Taking points against Real Madrid will not be easy for Alaves despite welcoming the European champs to town. Spanish midfielder Ibai Gomez leads the team with three goals and will need to make the most of his opportunities on Saturday.

Barcelona got back to winning ways midweek, thumping Tottenham 4-2 at Wembley. Lionel Messi registered a brace while Jordi Alba had a trio of assists, to snap Barcelona’s three-match winless run. A trip to Valencia comes next for Ernesto Valverde’s men, who will seek to extend their lead at the top of the La Liga table. Messi leads the way with five goals while Luis Suarez has seven points total.

Valencia got a valuable points from the Theater of Dreams on Tuesday, tying Manchester United 0-0 in UCL play. Their current unbeaten run sits at four matches in all competitions, despite only earning one win in that span. Russian international Denis Cheryshev headlines the midfield, while Kevin Gameiro and Michy Batshuayi will lead the attacking front.

Bayern Munich has hit a dry spell over the last three matches, and will look to snap their winless run on Saturday vs. Borussia Monchengladbach. A 1-1 midweek home draw against Ajax was a shocking result for Niko Kovac’s side to say the least. Sitting a point behind Borussia Dortmund is the least of Bayern’s worries right now but their attack needs to get back to form for any chance of jumping back in the lead. Arjen Robben and Robert Lewandowski each has three goals apiece.

Gladbach drew 2-2 against Wolfsburg last weekend, despite seeing the hosts peg them back twice for a share of the points. Going to Bayern and getting a full three points will be tough, but the visitors will surely give their all. Thorgan Hazard and Alassane Plea have totaled seven goals this season and are working their way up as one of the deadlier duo’s in the Bundesliga.

Headlining Serie A play this weekend is a battle between Lazio and Fiorentina at the Olimpico on Sunday. The hosts have lost two in a row, including a 3-1 derby defeat to Roma last Saturday. After a strong start on the back end, Lazio has conceded six goals in their last two matches in all competitions. Francesco Acerbi is a leader of Lazio’s backline and will need to help his side tighten it up against a dangerous Fiorentina attack.

The visitors sit third in the league table, and are coming off a 2-0 victory over Atalanta at home. Jordan Veretout scored his first goal of the season, which proved to be the winner in front of the Fiorentina supporters. Midfielder Marco Benassi leads the way with three goals, while strikers Giovanni Simeone and Federico Chiesa have four between them. This trio will be important if Fiorentina want to own possession on the road.

The final match of Matchday 9 in Ligue 1 should be a great showing as PSG welcomes Lyon to the Parc Des Princes. Thomas Tuchel’s side are coming off a 6-1 thrashing of Red Star Belgrade in the Champions League, in which Neymar led the way with a hat trick. The Brazilian star has been nothing short of perfect for PSG this season, already hitting double digits in goals after nine matches. Club captain Thiago Silva will need to have an important showing as well if PSG wants to shut down Lyon’s dangerous attacking quartet.

Lyon fought back for points in each of their last two matches, and will put their six-match unbeaten run to the test on Sunday. The arrival of Moussa Dembele from Celtic has been a huge boost to Lyon’s attack, with the Frenchman already scoring three goals in five matches. Paired with Bertrand Traore, Nabil Fekir, and Memphis Depay, Lyon’s attack will need to make the most of their offensive chances to help pull an upset on the road.