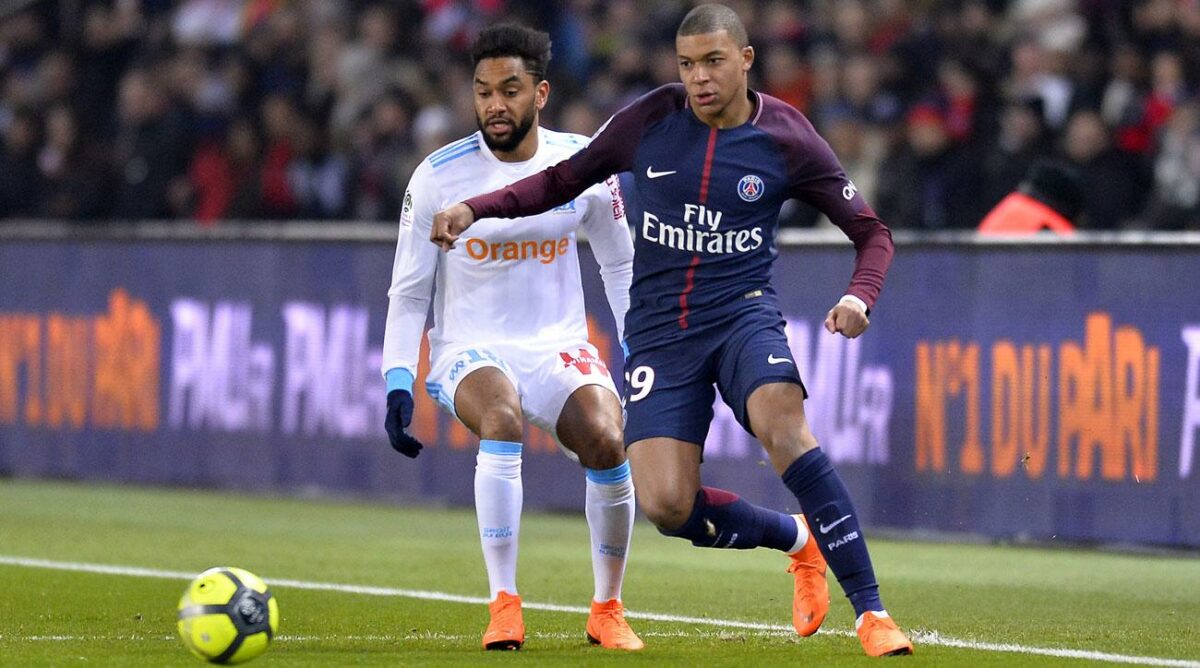 Paris Saint-Germain has laid the marker in Ligue 1 this season, rolling to a terrific start in domestic play. Thomas Tuchel’s men will have a tough test on Sunday following a draw midweek in the UEFA Champions League.

PSG travels to Marseille in the latest edition of Le Classique, looking to remain perfect in Ligue 1. After a 2-2 home draw against Napoli on Wednesday, the Parisians will be favored to defeat their French rivals. Neymar, Kylian Mbappe, and Edinson Cavani headline the attack for PSG totaling 22 goals between them so far.

Like PSG, Marseille is coming off midweek duty but in the Europa League against Lazio. Rudi Garcia’s men sit in fourth place and 11 points back of the defending champs in the standings. A pair of clean sheet wins in Ligue 1 play over Caen and Nice have the hosts in good spirits coming into this showdown. Dimitri Payet and Florian Thauvin will run the show offensively, while Valere Germain should expect to start up top.

Elsewhere, Napoli dukes it out with Roma in the Serie A showdown of the weekend. El Clasico headlines La Liga play on Saturday with Barcelona hosting Real Madrid, while Manchester City entertains Tottenham at Wembley Stadium. RB Leipzig welcomes Schalke to town seeking to extend their current unbeaten run.

Kane found the back of the net on Wednesday as Spurs had to settle for a point on the road at PSV-Eindhoven. It was the Englishman’s second consecutive Champions League match with a goal after he scored against Barcelona on Matchday 2. Four straight Premier League wins for Mauricio Pochettino’s side have Spurs in good form coming into this match.

Manchester City breezed past Shakhtar Donetsk 3-0 on Tuesday, using goals from both Bernardo Silva and David Silva in the triumph. Aguero did not play in the win, but is coming off a strong performance last weekend against Burnley as he scored his sixth goal of the season. At 30-years-old, Aguero continues to be a havoc for opposing defenses but will come up against one of the league’s best on Monday.

The first edition of El Clasico headlines La Liga play this weekend with both Barcelona and Real Madrid coming off wins in Europe.

Barcelona’s impressive week saw victories over both Sevilla and Inter Milan in separate competitions. Despite Lionel Messi’s absence due to injury, the hosts will be favorites to win this El Clasico lead by Luis Suarez and Philippe Coutinho in attack. The former Liverpool men have combined for seven goals so far this season and should have enough to help Barcelona past their Spanish rivals.

Real Madrid ended one of the worst winless runs in club history, with a 2-1 midweek victory over Viktoria Plzen in the UEFA Champions League. Despite the home win, Los Blancos still remain without a win in their last four league fixtures. Defensively, Sergio Ramos will have a busy afternoon against the likes of Suarez and Co. while offensively sees Gareth Bale and Karim Benzema carry the load.

Borussia Dortmund will hope to remain perfect in Bundesliga play following their match against Hertha Berlin on Saturday.

Dortmund rolled past Atletico Madrid 4-0 on Wednesday, pulling away in a three-goal second half at Signal Iduna Park. Now with six straight wins in all competitions, Lucien Favre’s men welcome sixth placed Berlin to town. Spanish forward Paco Alcacer leads the team with seven goals in four appearances, while Jadon Sancho has sparkled on the wing with six goals.

Hertha Berlin is coming off back-to-back draws in league play, most recently tying Freiburg 1-1 at home. Slovakian international Ondrej Duda has picked up his play in 2018, totaling six goals in eight matches so far. Paired with Bosnian international Vedad Ibisevic, these two will try to quiet the home crowd in Dortmund on Saturday.

Kicking off Bundesliga action is Borussia Monchengladbach’s trip to Freiburg on Friday. The hosts have drawn their last two matches and will need a strong defensive performance to spoil a strong start by Gladbach this season. Eight players have scored at least one goal for Freiburg, with midfielder Jerome Gondorf leading the team with two. Centerbacks Manuel Gulde and Dominique Heintz are leaders in the backline, starting every match this season.

Gladbach sits second in the league table, earning points in their last four matches. A pair of lopsided wins over Bayern Munich and Mainz have the visitors sitting pretty so far in 2018-19. The trio of Alassane Plea, Thorgan Hazard, and Jonas Hoffman has 13 goals in eight matches together and all can be a gamechanger offensively.

Second meets seventh in the Serie A match of the weekend with Napoli welcoming AS Roma to the San Paolo. Carlo Ancelotti’s men held on for a point at Paris Saint-Germain on Wednesday, which extended their unbeaten run to four matches in all comps. The attacking front has always been key for Napoli who again will turn to three deadly forwards. Lorenzo Insigne, Jose Callejon, and Dries Mertens have nine goals between them and all will play a factor for Napoli.

Roma eased past CSKA Moscow 3-0 on Tuesday, with Edin Dzeko amongst the goals against. The Bosnian bagged a brace before assisting on the final goal of the match at the Olimpico. At 32, Dzeko has continued to score frequently for Roma despite his numbers being better in Europe than domestic action so far this season. Dzeko scored a brace against Napoli last season.

Saturday’s final match comes from the Stadium Municipal as Toulouse hosts third-place Montpellier. The visitors have been a nice surprise so far in 2018, only losing once in their ten matches. Their seven goals conceded has only been bettered by PSG, while they have kept five clean sheets. On the offensive end, Andy Delort has four goals while Gaetan Laborde has three.

Toulouse started off well this season but has struggled of late to earn wins. The hosts are currently on a six-match winless run in all comps, last winning on September 1 at Guingamp. Former Bournemouth midfielder Max Gradel has three goals and three assists, but more needs to come from the forward position for Toulouse to end their disappointment.