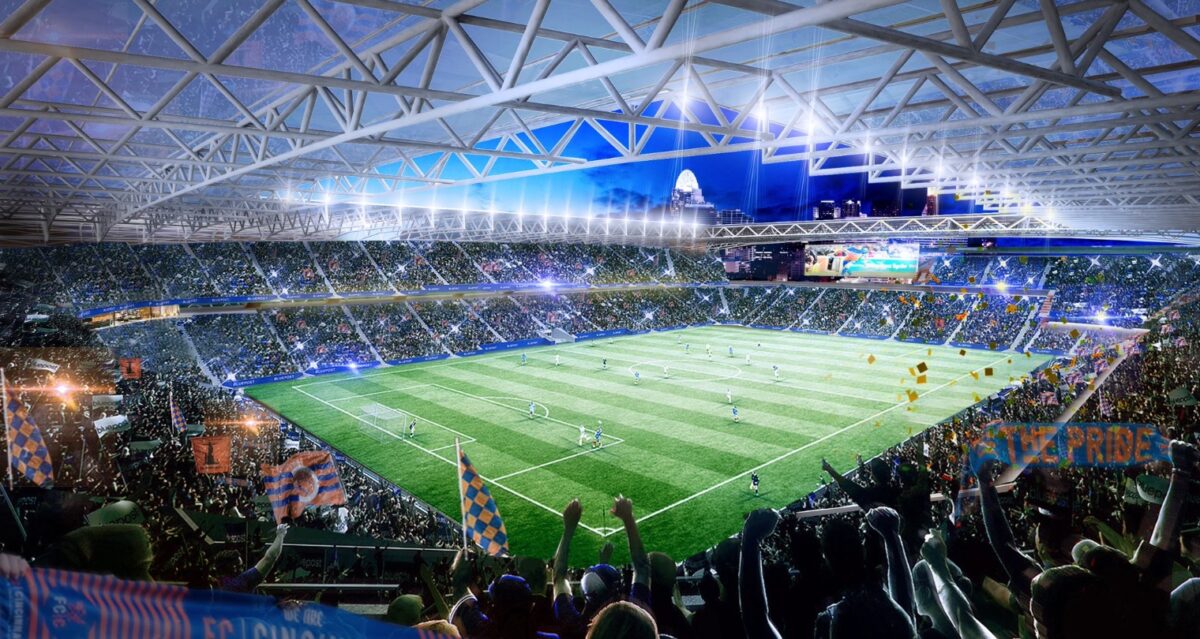 Cincinnati has its MLS franchise, now it is one step closer to having a shiny new stadium for it to play in.

The club released initial concept designs for the stadium they plan to build in the city’s West End on Tuesday.

The structure was designed by Meis Architects and the initial renderings have been approved by the club. The estimated capacity will be between 25,500 and 26,500 and the maximum height of the building will be no more than 120 feet at any point.

“We’re thrilled with the concept design for our West End Stadium and all of the work done by Meis and Elevar,” FC Cincinnati President and General Manager Jeff Berding said. “We’ve received tremendous support from the West End and the Design Committee and we believe we’re bringing a transformational stadium to Cincinnati. We know that the design process will continue and our final product will likely continue to evolve, but we are proud to share our updated plans.

“We believe our West End stadium will be a catalyst for the neighborhood, but also help position Cincinnati as a ‘City on the Rise’ on both a national and international scale.”

These renderings are only part of the full design. The entire concept for the new stadium will be presented to the City of Cincinnati on November 19 for a technical review.

If all goes according to plan, FC Cincinnati will begin playing at their new home in the 2021 MLS season. They plan to play at Nippert Stadium on the campus of the University of Cincinnati, their current home in the USL, for their first two seasons in the league.