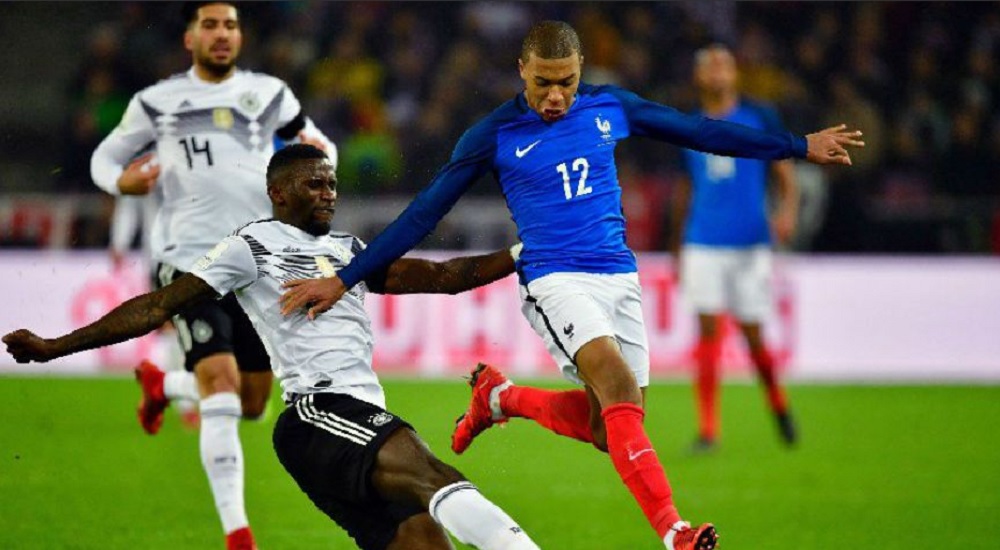 The Germans haven’t done well in this first iteration of the new competition. They have one point through two matches and are coming off a humbling defeat to the Netherlands from last weekend. They are in the bottom spot in League A, Group 1 and are flirting with relegation.

France, on the other hand, is atop the group after its draw against the Germans and a win against the Dutch. A victory in Paris on Tuesday will have the French in prime position to advance to the Nations League semifinals and eliminate Germany from contention.

Elsewhere in the Nations League, Spain takes on England in a match that could determine the winner of Group 4 in the top flight, Ireland and Wales renew their British Isles rivalry, and Gibraltar looks to build off the momentum of its first ever win when they take on Liechtenstein.

Outside of Europe, The U.S. Women’s National Team takes on Canada in the final of the Concacaf Women’s Championship after securing World Cup Qualification with its semifinal win over Panama, the MLS playoff race rolls on with four midweek matches, and both the U.S. Men’s National Team and Mexican National Teams are involved in friendly action.

Here’s the full rundown of televised soccer for the week: