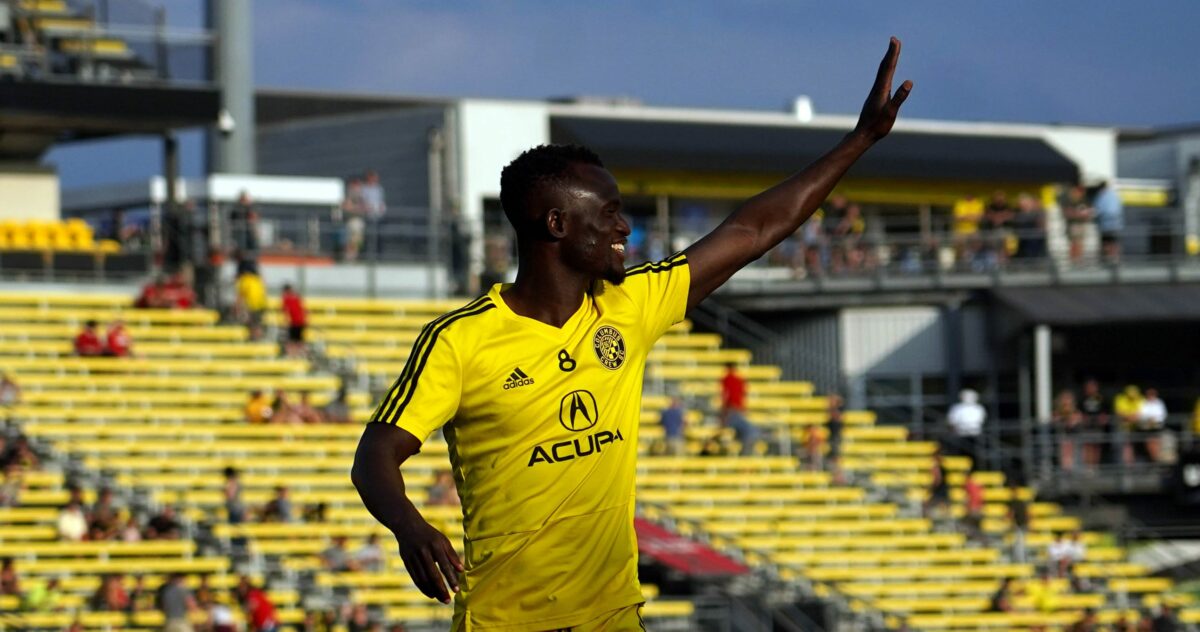 The Columbus Crew have agreed to transfer midfielder Mohammed Abu to Valerenga of Norway’s First Division, the club announced on Thursday.

Abu made 24 appearances in the regular-season (14 starts) with the Crew this season tallying a lone assist. Last year, he made three appearances during the 2017 MLS Cup Playoffs, helping guide them to the Eastern Conference Championship where they lost to the eventual MLS Cup winner Toronto FC.

“Mohammed has continued to grow as a player during his time on loan and this permanent transfer to Valerenga is a move that both allows for a continued opportunity to get him the minutes to further his development and provides us additional funds and roster flexibility,” Crew head coach Gregg Berhalter said.

Abu has been on a season-long loan with Valerenga since August 10.

FC Dallas forward Cristian Colman will miss the remainder of the 2018 season after tearing his anterior cruciate ligament (ACL) during training on Tuesday.

The injury comes at a bad time for the club as FC Dallas is looking hold off Sporting Kansas City and finish atop the Western Conference, and at a bad time for Colman who was just called up to the Paraguayan National team for this month’s international friendlies.

DCU’s Fisher to have knee surgery

D.C. United defender Oneil Fisher will undergo surgery on his right knee to fix multiple knee injuries (ACL, MCL, PCL and medial meniscus) and is expected to miss the rest of the 2018 MLS season, the club announced on Thursday.

Fisher injured his knee in last Saturday’s 5-0 win at the Montreal Impact.

Fisher arrived at D.C. this year from the Seattle Sounders in exchange for General Allocation Money and tallied one goal and an assist in 24 appearances (20 starts) for D.C.

New York City FC president Jon Patricof will step down from his role with the club at the end of the season, the team announce on Thursday. He will join the Club’s Board of Directors after his contract ends in December.

Patricof joined NYCFC in the 2016 season and since then NYCFC has reached the playoffs the last three seasons, including this year. and expanded their youth academy, of which the U-18/19 team won the U.S. Soccer Development Academy National Championship last summer.

He also led the club’s growth off of the pitch with the construction of the Etihad City Football Academy Training Facility in Orangeburg which opened this year, and the club’s New York City Soccer Initiative.

The search for his successor is underway.

Freeman began playing with the Sporting KC academy when he was 11 and worked his way up through the academy system. He also represented the United States as a youth international for the U-14, U-16, and U-17 national teams.

“It’s always been a dream of mine to become a professional soccer player, and to do it with my hometown team… It means everything,” said Freeman.

“This is an exciting day for Tyler Freeman, his family and for Sporting Kansas City,” said Sporting KC Manager Peter Vermes. “Our decision to sign Tyler demonstrates the investment we have made in our professional pathway, and it’s great to see a young attacking player take a big step forward at our club. We look forward to helping him reach his potential, and we believe that he has an incredible environment, culture and support system around him that will propel his future in the direction of being a successful player at Sporting KC.”

Freeman will be added to the Sporting KC roster ahead of the 2019 season.