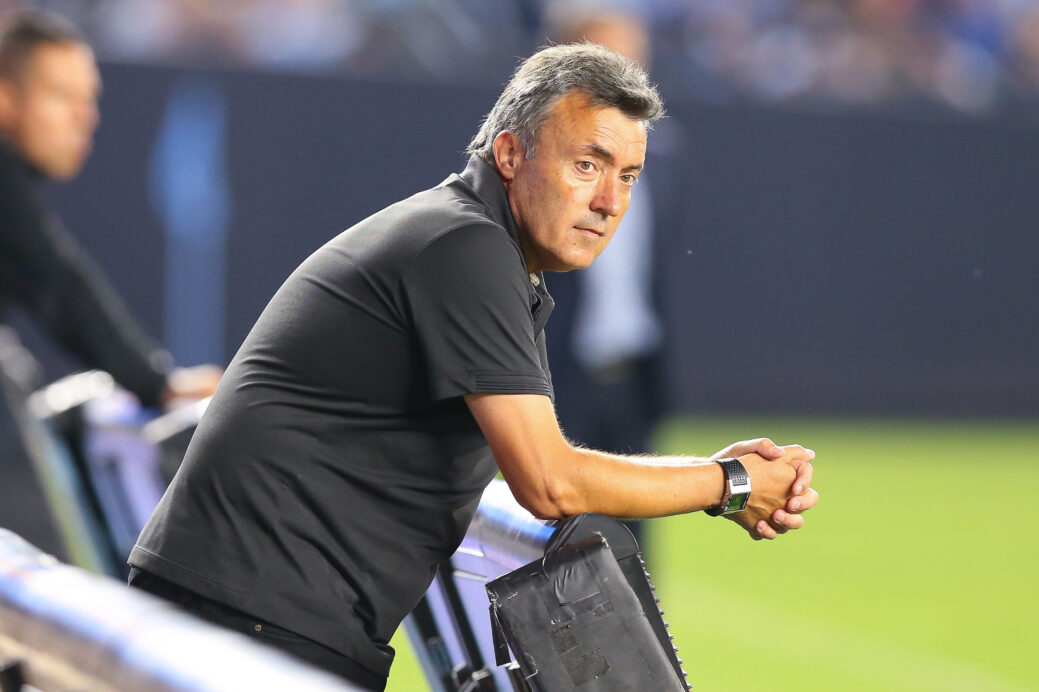 Domenec Torrent’s MLS coaching career started off with a bang when he took over New York City FC in June. He won five of his first six matches at the helm, guiding NYCFC towards the top of the East.

However, his constant juggling of the lineup (some of it due to injuries and suspensions) since mid-summer has pushed NYCFC into a free-fall that has led to just two wins in the team’s last 12 matches, dating back to 2-0 win at Orlando City back on July 26th.

If there was any time for Torrent to get the lineup right, it will be in Sunday’s regular season finale against the Philadelphia Union. Home-field advantage and the third seed of the playoffs will be the line.

“It’s a big match for us because we want to play the first game of the playoffs at home,” Torrent said after training on Thursday. “I know, and the players know, because many times I talk about the difference between when we play at home and away. To get to the [home playoff game] we have to win the game.”

Sunday’s match against the Union carries many playoff implications for NYCFC, especially with a soaring D.C. United team looking to try to move up in the East with a win against Chicago.

If NYCFC wins on Sunday, it clinches the third seed. NYCFC could fall to fourth with a loss to the Union, and as far as fifth in the East with a loss to Philadelphia and a win by D.C. United at Chicago, forcing NYCFC to travel to Audi Field for the knockout round match on either Wednesday or Thursday instead.

NYCFC started the season hot at home, winning 10 of their first 11 with the lone blemish coming in a draw against Atlanta United in Patrick Vieira’s final match as the manager. However, since then, they’ve struggled at home going 1-0-4.

Sunday’s match against the Union carries many playoff implications for NYCFC, especially with a soaring D.C. United team looking to try to move up in the East in their match against Chicago.

NYCFC has faced pressure this season before, with mixed results. After Vieira left, and Torrent took over in June, they felt the pressure to win immediately and won five of Torrent’s first six matches, and in the last two Hudson Derby matches at Yankee Stadium they pulled off a late 1-0 win and a surprising 1-1 draw down two men.

At the same time, with the chance to clinch a playoff spot at Montreal, NYCFC fell short, barely managing a 1-1 draw, and with a chance to clinch home-field and the third seed for the knockout round. NYCFC also struggled in a 3-1 loss last Sunday at D.C.United.

Given NYCFC’s struggles entering the regular season finale, a win or a draw isn’t guaranteed, but the talent is still on the squad, and the group knows it can play better than it has in recent weeks.

“It feels during this week that the playoffs for us have already started,” defender Anton Tinnerholm said. “We’re third in the league and it’s not a bad spot even if we had some tough games in the past. We have to look at ourselves to step up a few steps to reach the best teams in the league and it starts on Sunday.

“We have a lot of quality in the group, in this team and now it’s time to show it’s for real.”