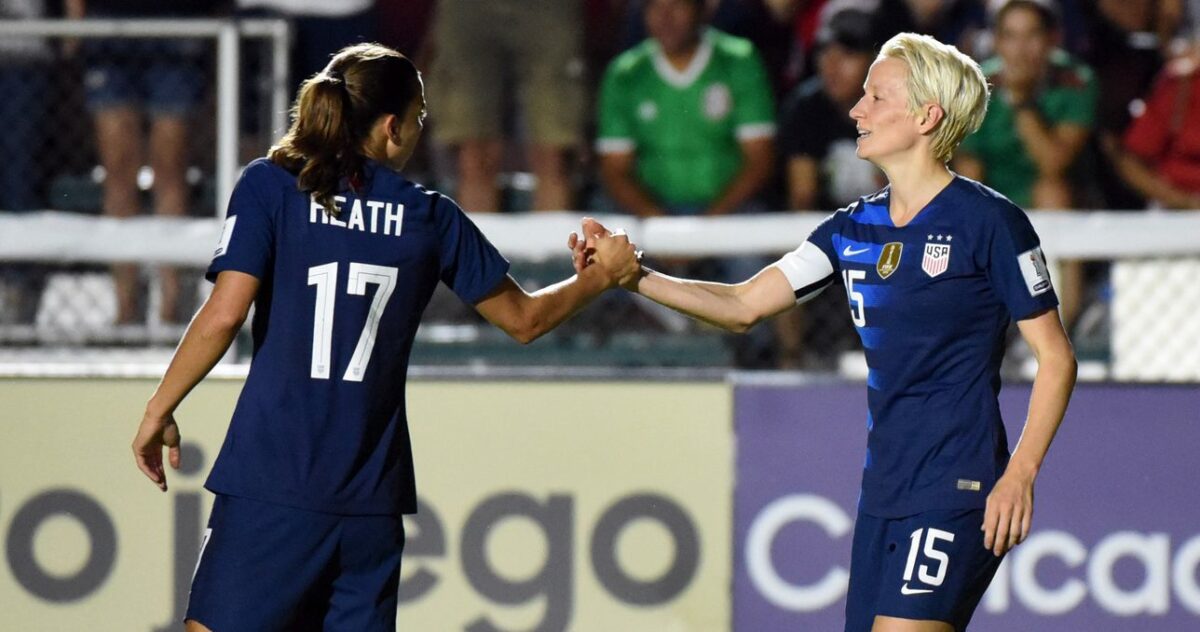 The U.S. Women’s National Team opened up its World Cup Qualifying campaign in dominant form by recording a 6-0 win against Mexico on Thursday at Sahlen’s Stadium in Cary, North Carolina.

Megan Rapinoe and Alex Morgan both scored a pair of goals in the rout as the USWNT now sits on top of Group A after the first round of play.

The reigning World Cup champions got started early with Megan Rapinoe scoring in the third minute. Lindsey Horan’s shot from close range was stopped by goalkeeper Bianca Henniger, but only for the ball to land at the feet of nearby Rapinoe. From there, the U.S. captain finished easily from close range.

The half ended with only a single goal on the board with the Mexicans doing their best to hold off the American attack. The effort was not enough to keep the U.S. team out of their attacking third or from keeping shots, but they managed to keep them mostly at bay for the first half.

Once the second half started, though, there was no stopping the USWNT. Julie Ertz got on the scoresheet in the 46th minute, once again scoring off a set piece. After Rapinoe’s free kick bounced off the crossbar, Ertz was there to pounce, unusually scoring with her feet from near the goal line instead of with her head.

A third came 10 minutes later, as Rapinoe and Alex Morgan once again combined for a goal. The goal came off a set piece again and the play started with a corner from Rapinoe. From there, Morgan headed the ball in a messy penalty area for her 148th international goal.

Tobin Heath got on the scoresheet in the 60th minute to make it 4-0. Crystal Dunn made an impressive run down the left wing and sent a cross in perfectly for the forward, who managed to head it after making a run of her own to the penalty spot.

The scoring rate slowed down a little bit as time went on, but eventually, the USWNT recorded a fifth. In the 70th minute, Rapinoe was once again involved in a set piece goal, but was instead on the end of the play. From a corner, there was a scramble in the penalty area, as Lindsey Horan’s header was eventually stopped by Henninger. However, the ball was quickly back in front of the goalkeeper, and Rapinoe eventually found it and finished from close range.

The sixth goal came in the 79th minute, as Morgan recorded a brace of her own to close out the match. She and Becky Sauerbrunn went back and forth a little bit before the center back eventually fed her the ball as she was getting closer to goal. In another effort from near the goal, the forward finished easily for the game’s final goal.

The result puts the USWNT firmly at the top of Group A, tied with Panama on points. Panama’s 3-0 victory over Trinidad & Tobago earlier in the day puts them second in the group before the group leaders meet on Sunday.