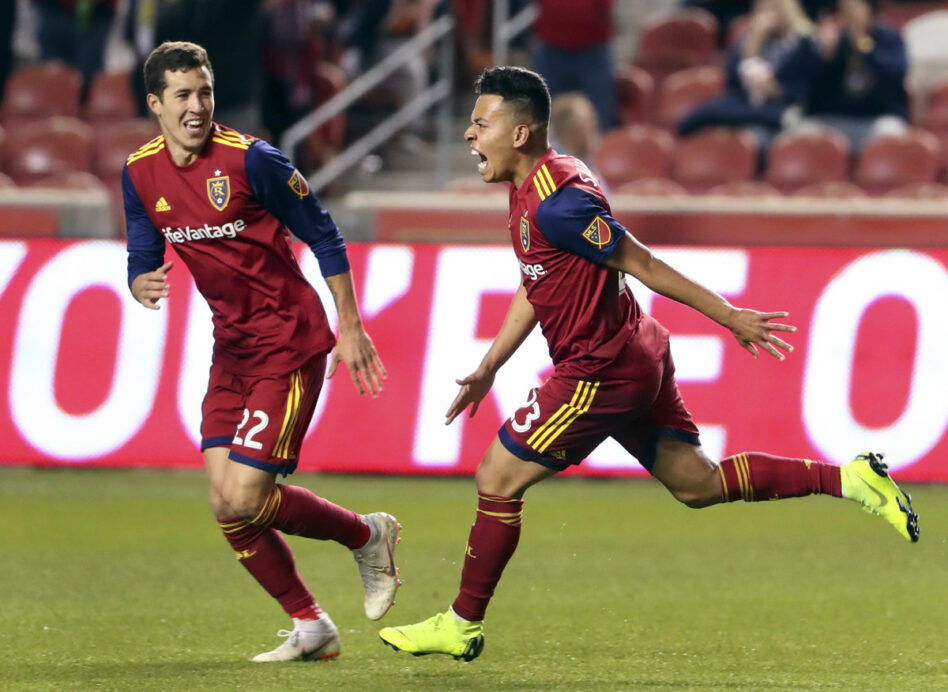 A dominant first-half will do wonders for any team on the verge of making the playoffs. Real Salt Lake inched closer to a place in the postseason, with a three-goal first half in what led them to a huge home victory.

Mike Petke’s side romped the New England Revolution 4-1 at Rio Tinto Stadium to pull four points away from the red line in the Western Conference.

Nick Besler’s close-range finish broke the deadlock early for RSL, as the 25-year-old scored his first MLS goal. The hosts kept their foot on the gas pedal early with Sebastian Saucedo beating Brad Knighton to the bottom-left corner after 14 minutes.

Rookie of the Year candidate Corey Baird added to the lead in the 29th minute, finishing easily from the center of the box. Luke Mulholland found Baird, who rifled in his eighth goal of the season.

Teal Bunbury had a good chance to pull a goal back before halftime, but Nick Rimando stoned the forward from the penalty spot.

Damir Kreilach’s close-range header in the 50th minute capped the scoring for RSL, as the Croatian finished Saucedo’s cross.

Kellyn Rowe’s 69th minute finish was the lone excitement for the Revs, who dropped their third result out of their past four matches. The Revs, who came into the match eliminated from postseason contention, finishes the season vs. Montreal on Oct. 28th.

Rimando had five saves for RSL, who visits the Portland Timbers on Oct. 21st.

Man of the Match: Kreilach was influential in the attack. finishing the match with a two-point performance.

Moment of the Match: Bunbury’s missed penalty could’ve changed the match going into halftime, but Rimando came up with the goods.

Match to Forget: Bunbury was quieted by the RSL backline, and failed from the penalty spot to continue what has been a poor end of the season.