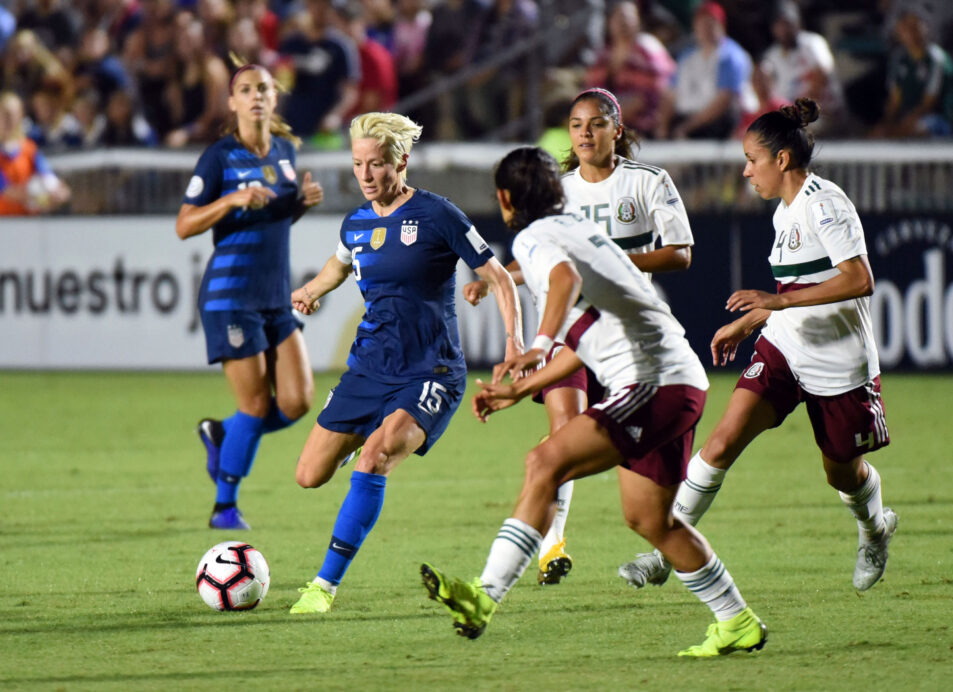 The U.S. Women’s National Team’s World Cup Qualifying quest could not have started any better, with much of it down to Megan Rapinoe.

The midfielder, who wore the captain’s armband against Mexico, recorded two goals and two assists, and was directly involved in the build-up of a fifth. Her first opened up the scoring after only three minutes, and she once again set momentum in the USWNT’s favor with her assist on the second early on in the second half. Overall, it was an incredibly dominant performance from a team led by a player who was just as impressive on her own accord.

On a day when the U.S. team was relentless, the likes of Alex Morgan and Tobin Heath deserve honorable mentions for their performances. Morgan marked a standout night for herself by scoring a brace of her own, while Heath showed her usual flair and picked up a goal in the process in what was essentially a perfect outing for the front line.

Who do you think stood out for the USWNT in their qualifying opener? Share your thought in the comments below.