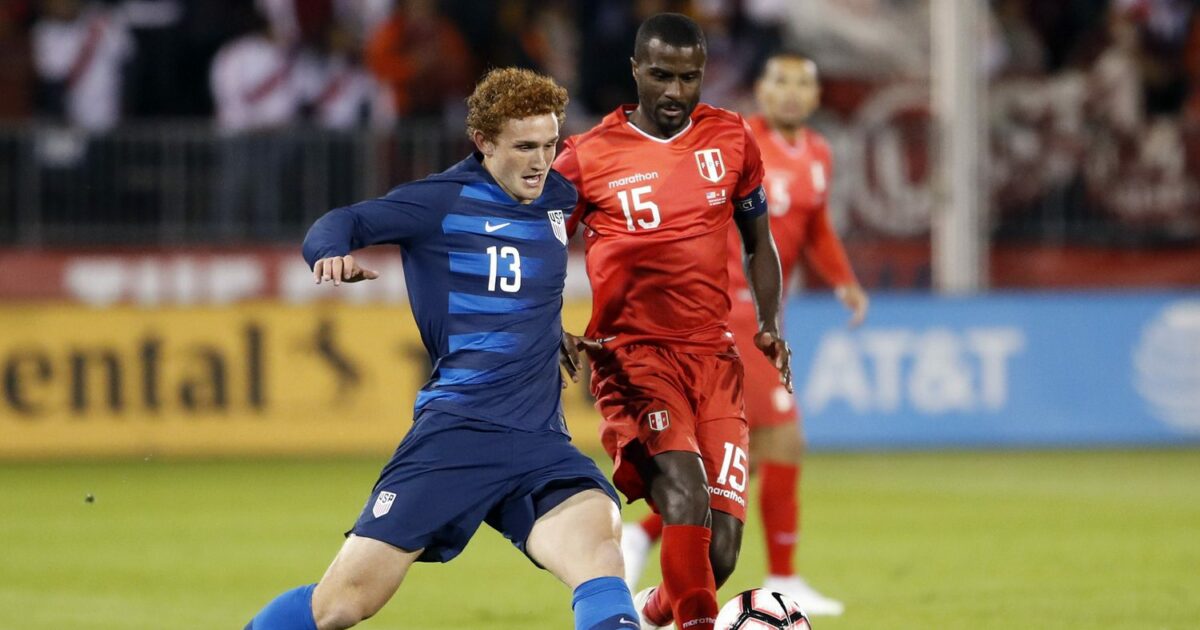 East Hartford, Conn. — During this time of transition for the U.S. Men’s National Team, players may not be given consistent looks in camps. It’s just the way that professional sports goes, especially if the USMNT want to get back to being relevant on a national stage.

One player hoping to continue receiving those calls is striker Josh Sargent who made his fifth senior appearance in Tuesday’s 1-1 friendly draw against Peru. The 18-year-old scored his second goal career goal for the USMNT after a quiet first-half which didn’t see him on the ball very much. Sargent headlined a front three which also saw 19-year-old Jonathan Amon earn his first cap and 18-year-old Timothy Weah continue to blossom as a professional.

“We have a lot of guys trying to fight for a spot and it’s only my fifth cap for the team,” Sargent said. “It’s going to take time to try and get better as a group, we know we have things to work on and we just have to continue to work together to improve.”

The first half saw the U.S. go into halftime scoreless, but getting pressured numerous times defensively meant Sargent had to wait for his chance. Sometimes the Werder Bremen product had to drop deeper than expected to receive a pass or hold up possession to allow some pressure off of the backline.

As the teams went out in the second-half, Sargent broke the deadlock with a clinical finish from a set piece play. Kellyn Acosta’s low-driven cross found Sargent, whose right-footed effort deflected into the bottom-left corner. It was a lead that the U.S. would hold onto until the 86th minute, before Peru equalized to earn a draw.

“I think the U.S. still needs an identity and needs to be ready for when a new coach comes in,” Sargent said. “Obviously Dave has done a great job over these camps, but once we get a new coach and learns how he wants us to play I think we will get better together.”

Sargent still has room to grow as a player, despite earning consistent playing time with Werder Bremen’s U-23 side. His six goals has shown he has an eye for goal and that he has the ability to score consistently. Also, being able to learn from a vast number of first-team players has been a huge help as he now seeks better overall play from himself.

“Being on a professional level, your mind has to be a lot quicker,” Sargent said. “My movement has to be good, I can’t just stand around waiting for the ball I need to be active and make myself known on the field. I hope the goals I score here will help me at club level.”

Interim head coach Dave Sarachan was in charge for his 10th match on Tuesday night, becoming the 10th coach to do with the USMNT. He knows he may not be here long-term but his goal is to continue getting these players ready for the next phase of the process. Even with room to grow, Sarachan can see the potential in Sargent and continues to see him moving in the right path.

“The kid is moving in the right direction,” Sarachan said. “As a lone striker he didn’t have a lot of play, but when he was able to make an impact he did well. He made some clever movements in terms of keeping possession, while also being strong. He had a good night and getting the goal was the cherry on the sundae.”