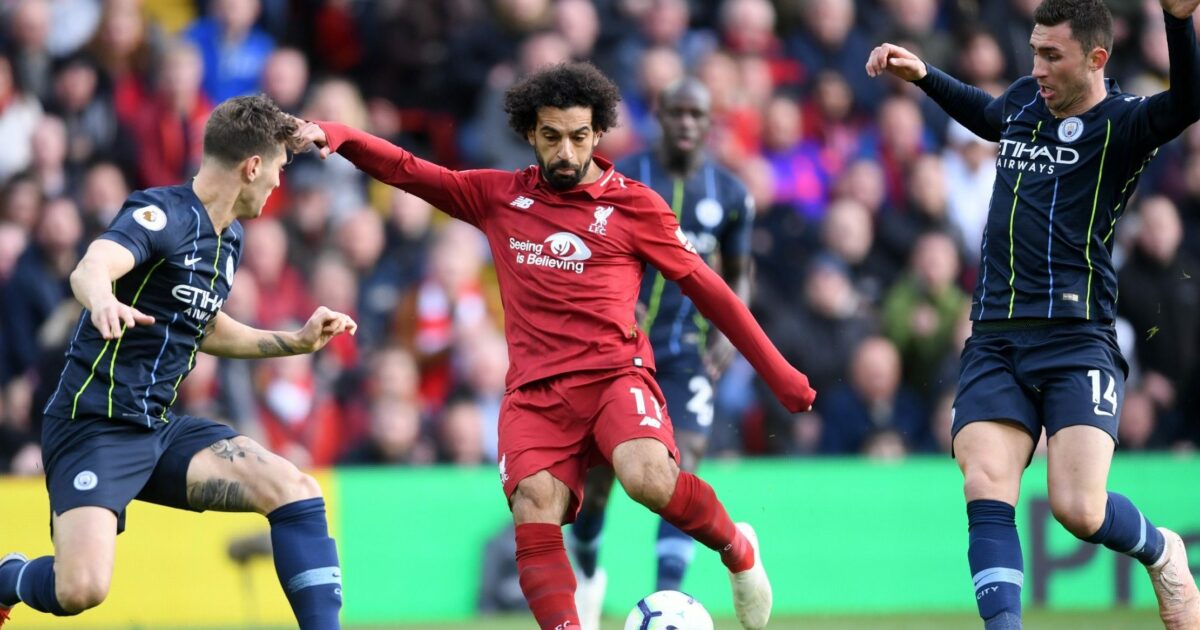 Two of the Premier League title favorites met at Anfield for their first meeting of the new season. What we expected was a clash filled with goals and action, however the final result saw both teams grab a point in a lackluster draw.

Manchester City failed to record all three points in a 0-0 draw at Liverpool, despite having the best chance to score. Riyad Mahrez soared his 86th minute penalty as the sides shared the spoils in their final match before the international break. Mahrez’s effort in the 62nd minute was the first true effort on the goal, which was easily gathered by Alisson. Mo Salah was kept out by Ederson on the ensuing goalkick, before Mahrez again was repelled by the Brazilian No. 1. Leroy Sane came onto the pitch and won the Citizens a penalty after being bundled over by Virgil van Dijk. Mahrez missed his fifth penalty out of his last eight attempts which saw the sides end up level. City remains top on goal difference while Liverpool are in third.

Elsewhere, Chelsea remained unbeaten in all competitions after a convincing win at Southampton. Barcelona faced a trip to Valencia in the La Liga headliner while PSG battled Lyon in Ligue 1 play. Lazio ended their horrid week with a slim victory over Fiorentina. Eintracht Frankfurt used goals in each half to down Hoffenheim away from home.

Chelsea remained unbeaten in all competitions this season, downing Southampton 3-0 at St. Mary’s on Sunday. Eden Hazard broke the first-half deadlock in the 30th minute as he slotted past Alex McCarthy into the bottom-right corner. Ross Barkley’s first goal for the club extended the Blues lead in the 57th minute after the midfielder tapped home Olivier Giroud’s cross. Alvaro Morata came off the bench and added an insurance goal in stoppage time to end the scoring. The Blues head into the international break in second while Southampton are 16th.

Barcelona had to succumb to another 1-1 draw in La Liga play, earning a point away from home at Valencia. Lionel Messi saved the visitors in the 23rd minute, rifling home from outside of the box. It was the Argentine’s 11th goal in all comps this season. Outside of Ezequiel Garay’s close-range finish in the second minute, the hosts only had two other shots on goal. Due to Sevilla’s win, Barcelona drop to second place on 15 points while Valencia are in 14th.

Atletico Madrid won their third league match out of their last four attempts, edging Real Betis 1-0 at home. It looked like the sides would share the points in their final match before international duty, but Angel Correa saved the hosts. His right-footed shot from outside of the box hit paydirt as Atletico moved to third place with the win. Betis dropped to eighth place after suffering their first defeat since Opening Day.

Eintracht Frankfurt extended their winning run to three matches in all competitions with a 2-1 success at Hoffenheim. Ante Rebic’s 40th minute finish had the visitors in front at halftime, as the Croatian bagged his third goal of the season. Luka Jovic’s fourth goal in all competitions extended Frankfurt’s lead in the 46th minute at the Rhein-Neckar Arena. Reiss Nelson’s consolation goal in the 82nd minute was all the hosts could cheer about after suffering their third straight loss.

Lazio broke their two-match winless streak with a 1-0 success at the Olimpico against Fiorentina. It was the hosts leading-scorer who came up with the goods to snatch three points. Ciro Immobile’s left-footed finish was all Lazio needed to earn the win, as the Italian scored his sixth goal in all comps. Thomas Strakosha made five saves in the clean sheet which was Lazio’s first since Sept. 16th. The hosts are in third place heading into the international break, while Fiorentina dropped to eighth.

Napoli made it two wins from two this week, keeping clean sheets in both including Sunday’s 2-0 triumph over Sassuolo. It was a fast start for Carlo Ancelotti’s side as Adam Ounas scored his first league goal for the club in the third minute. Lorenzo Insigne’s long-range blast insured Napoli the win in the 72nd minute, prior to Sassuolo being reduced to 10-men. Rogerio saw a straight red card after a foul on Jose Callejon. The hosts sit six points back of leaders Juventus, while Sassuolo is in eighth.

Neymar may have scored the winning goal for PSG on Sunday, but Kylian Mbappe had a game scoring four times in the second-half of the hosts 5-0 romp over Lyon. The Brazilian playmaker opened things after nine minutes, slotting home from the penalty spot. Mbappe scored his quartet of goals in a 13-minute span in the second-half to end the match on a high note. The 19-year-old now has eight goals in league play this season as PSG remains perfect at 9-0-0.