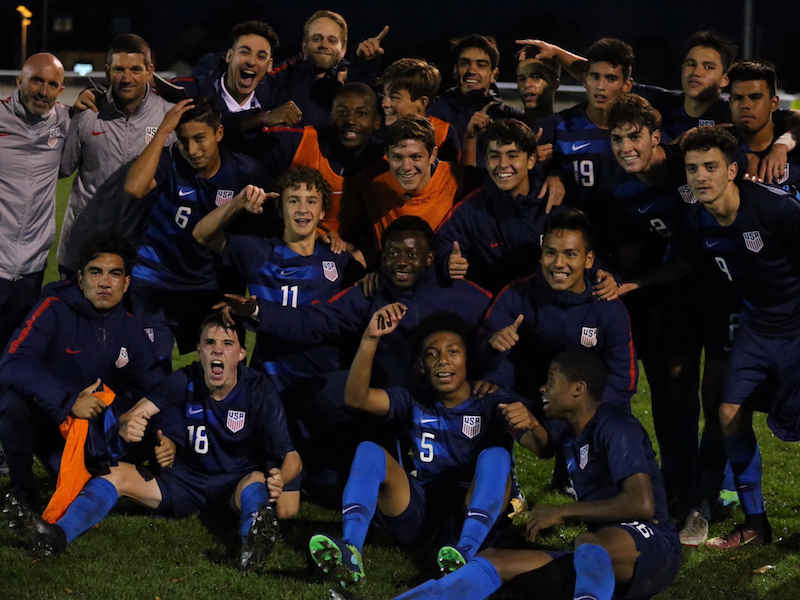 It’s been an up and down last few days for the U.S. U-17 Men’s National Team in England. However, after splitting its opening two matches at the 2018 International Youth Competition, the U.S. U-17’s concluded on a high note.

Kobe Hernandez’s equalizer in the 42nd minute tied the teams 1-1 heading into halftime.

After a comeback win over Brazil on Sunday, the U.S. received a beautiful effort by Bello to conclude the tournament on two consecutive victories. Bello’s left-footed free kick found the top right corner of the goal to seal a dramatic final day of the tournament.

Shaun Tsakiris’ side finished with six points, which was good for a second-place finish. Hosts England topped the four-team tournament with nine points, while Brazil had three and Russia finished pointless.

“Overall, I am really happy for the group. The boys fight hard and showed they have a great spirit about them,” Tsakiris said. To compete the way we did against a U-18 Russia team showed tremendous character. Of course, we are always focused on winning competitions at this age, but the results and the performances were something that we as a group can be proud of.”

Up next for the U-17’s is the 2018 Nike International Friendlies.