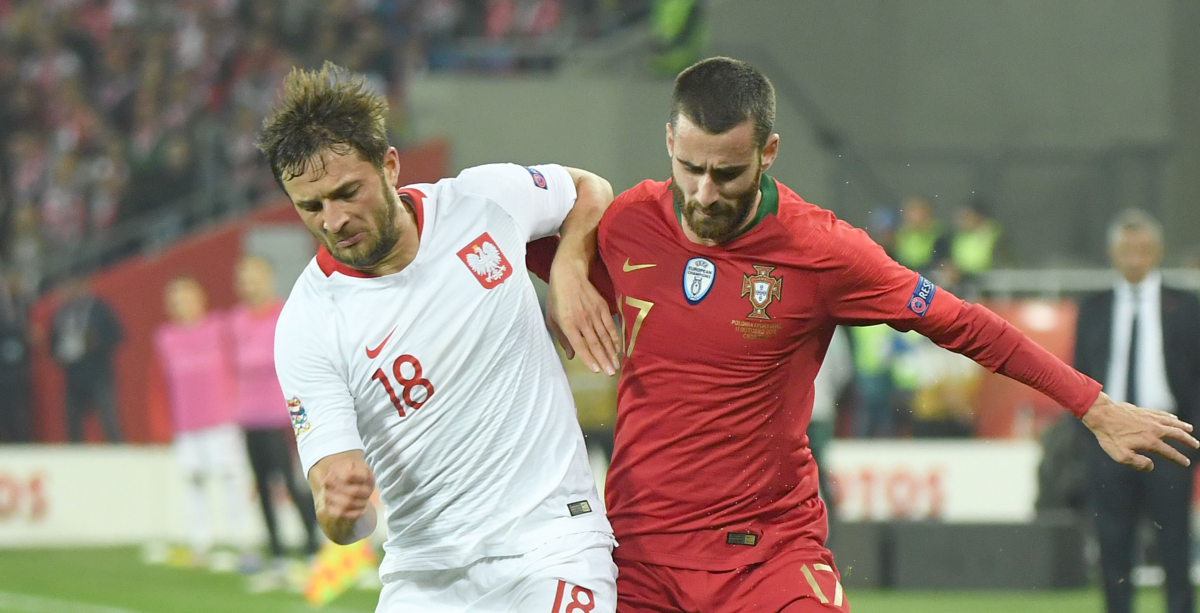 Elsewhere, Israel’s 2-1 win over Scotland shaped up an interesting League C Group 1, and Russia’s draw against Sweden moved them top of Group 2 in League B.

Here’s a closer look at some of the top UEFA Nations League matches from this week:

Poland found itself ahead in the 18th minute when Rafal Kurzawa’s corner kick found Krzysztof Patek at the back post. Andre Silva quickly replied for the Portuguese grabbing the equalizer in the 31st minute. Silva found himself unmarked in front of goal following some clever movement and slid home Pizzi’s cross.

Portugal took the lead in the 43rd minute thanks to a Kamil Glik own goal. Ruben Neves pinged a ball over the top which was wonderfully controlled by Rafa Silva who rounded the goalkeeper. Glik’s last-ditch effort pushed the ball into the back of the net to give Portugal the lead.

Romelu Lukaku continued to score goals for Belgium on Friday beginning with his goal in the 58th minute to give his side the lead. The ball fell to Lukaku following a few passes in the penalty area and the Manchester United striker made no mistake giving his side a 1-0 lead.

Mario Gavranovic equalized for Switzerland on a set piece opportunity. Xherdan Shaqiri’s whipped delivery found Nico Elvedi at the far post who nodded it down to Gavranovic. The Dinamo Zagreb man easily tucked the ball into the goal to level the score.

Romelu Lukaku delivered once again in the 85th minute with his second goal of the day and his fourth in two Nations League games. After some good linkup play with Dries Mertens, Lukaku calmy slid the ball past an oncoming Yann Sommer to give Belgium three points propelling them to group leaders.

Despite news that Nemanja Matic was forced to leave training with Serbia through injury, the Eagles managed to pick up three points in Montenegro thanks to an Aleksandar Mitrovic brace.

The first of two goals from the Fulham forward came in the 18th minute from the penalty spot. Filip Stojkovic conceded the penalty following a tackle on FK Crvena Zvezda teammate Milan Rodic. Mitrovic stepped up for the penalty shot, sent the goalkeeper the wrong way and ran off in celebration.

Mitrovic’s second goal came in the 81st minute when he found himself left unmarked in the penalty area. The forward got on the end of a low driven pass from Andrija Zivkovic to put his side at the top of Group 4 in League C.