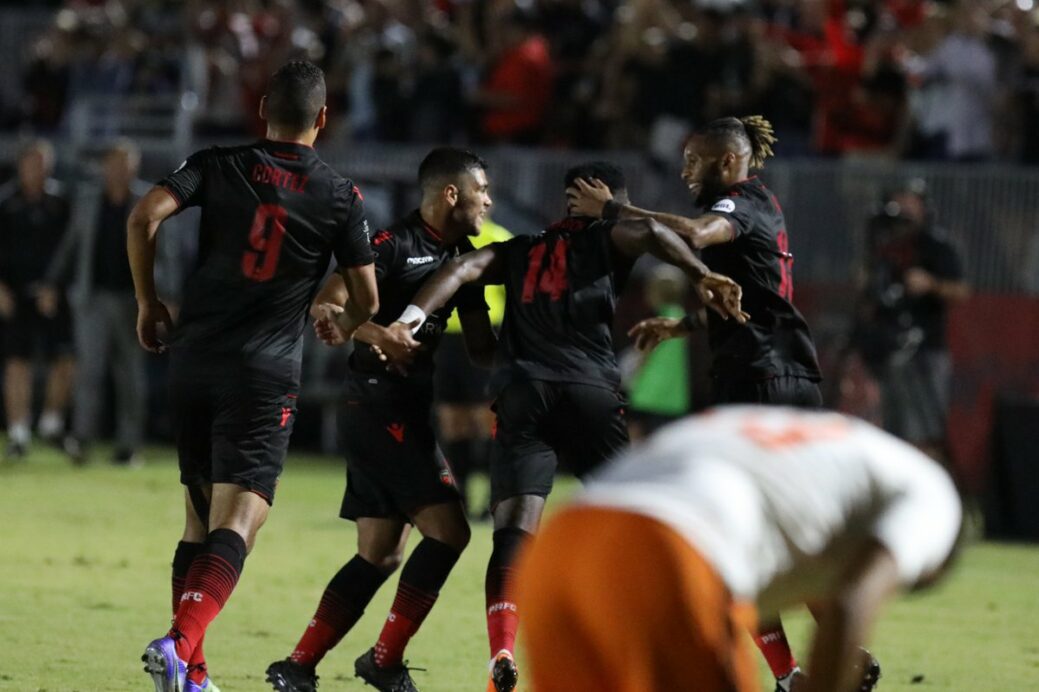 The conference semifinals have been played out in the USL as four teams remain in the chase for the 2018 USL Cup.

The MLS curse lives on through FC Cincinnati as the league giants fell to NYRB II, the same curse that has eliminated Orlando City and the Seattle Sounders before them.

Heres a closer look at all the USL conference semifinal matches that went down this weekend.

The Arizona team has done it again with a huge win in the playoffs over admirable opponents. But the home side did not look as dominant in the opening half as they did in the previous match.

The first 45 minutes was as wide open as any game could be with four goals being scored split between the two sides. Jason Johnson got the ball rolling for Phoenix with a lovely finish into the bottom right corner. But Swope Park would not be denied, Kharlton Belmar’s cross was poorly handled by Rising’s backline and Tyler Blackwood pounced on the loose ball. Each team’s main men, Hadji Barry and Chris Cortez, would find the back of the net before the halftime to keep the game level.

Not only did @c_cortez88 equalize to get the club back into the match and stop the Swope Park run….he broke the club record for most career goals! His 30th carer goal made it 2-2. #UpRising #GoalAppreciationThread pic.twitter.com/AoCjIwe7KO

The second half looked more like what was expected of this meeting as Phoenix took the lead through a deflected shot from Kevon Lambert and held onto that lead. The huge star in this match would not be denied either as Didier Drogba put the game to bed with a tap-in on the counter-attack at the very end of the game.

The giants have fallen in a tight match to MLS reserve side NYRB II. An unlikely scoreline for the hosts as Cincinnati hasn’t lost at home in five months and have been shut out on only four instances the entire season.

The lone goal in this game came from a perfectly worked counter-attack from Amando Moreno. The winger brought the ball all the way to the top of the eighteen and was given space to strike it hard past Spencer Richey for the game-winner.

The boys in purple keep their title defense dreams alive with another dominant playoff performance to reach their fourth consecutive conference final.

The hosts looked like business as usual with a strong performance in the opening half hour, capped off by a tidy finish from Brian Ownby for the 1-0 lead. This performance led directly into the second half when Ownby found his second goal of the night after making an excellent run in-behind the Bethlehem backline, cooly placing it into the lower left corner to double the lead.

Our speedster bagged a brace thanks to a brilliant pass from @niall_mccabe11! 🙌

Both teams looked up to the challenge in this one with chances coming for both sides in the first half but the western leaders would find the only goal in this one.

Utilizing the high press in Reno’s half of the field, OC regained possession and sparked a quick attack through Aodhan Quinn.  The midfielder scored just his third goal of the season for the match winner to move on to the conference finals.