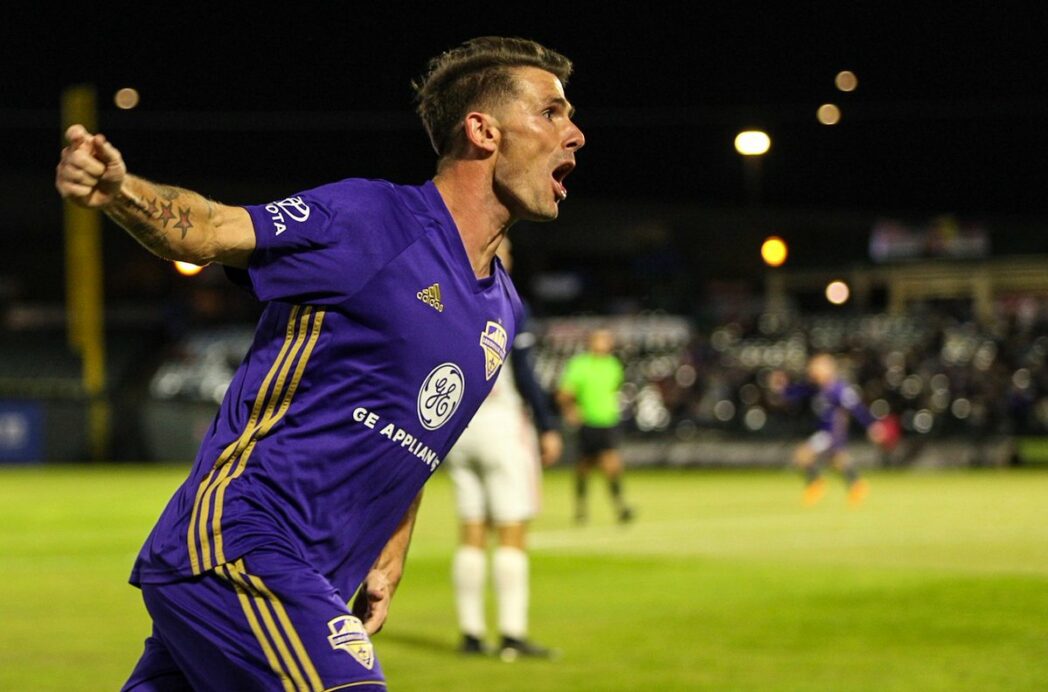 The first round of the 2018 USL Playoffs is in the books, with 16 teams turning to eight over the weekend.

Heres a closer look at all the USL Round of 16 matches that went down this weekend.

Business as usual for the Western Conference regular-season champions in a dominating performance over Saint Louis.

OC got down to business early as a misplaced pass from Sean Reynolds was pounced on by Thomas Enevoldsen who was able to play in the on-rushing Michael Seaton. The forward slid it home for the lead just 11 minutes into the game.

Ten minutes later Tony Walls from Saint Louis FC was shown a straight red for violent conduct from an altercation with Seaton. With a man, and a goal up, Orange County would dominate the remainder of the game. Seaton went on to bag a hat trick as Mats Bjurman scored the fourth to truly end off the game.

A nailbiter in Utah as two very evenly matched sides battled out a close game. Both sides had a wealth of opportunities throughout the 90 minutes without sending anything home.

But Reno only needed one chance and it took them to the bitter end of the match. With around 20 seconds to go in added time, Duke Lacroix whipped in a cross to the center of the box and found Brian Brown.

The Jamaican striker struck a perfect header to beat Connor Sparrow and the Monarchs.

Didier Drogba’s men did what they have done all season, score great goals and shut out the opponents. The Ivorian striker got the kickstart the team needed scoring a world-class free kick from 30-yards out to mark his fifth goal in nine appearances this season.

.@didierdrogba has ZERO regard for the safety of the goalkeeper. #UpRising pic.twitter.com/ehZf3yl0dS

Phoenix continued to defend well and doubled their lead in the 62nd minute through Jason Johnson off a long ball from Chris Cortez. Johnson latched onto the pass and with some great footwork fooled the defender and keeper to slide one at the near post.

Solomon Asante finished off Portland in the 90th minute after picking up a deflected ball in the box and playing it off the post for the 3-0 lead.

All the match-deciding action happened in the first half for this closely contested matchup.

Sacramento looked to be off to a great start by scoring in the 16th minute off a poorly cleared ball from SPR but their lead wouldn’t last long. The twenty-year-old midfielder, Wan Kuzain, used his quick feet to work the ball into the box and sliced a left-footed shot just past the keeper at the near post.

Just four minutes later SPR would gain the lead through Hadji Barry’s 18th goal of the season. The Guinean striker received the ball at the top of the box and blasted his shot past Josh Cohen for the match winner.

FC Cincinnati went on to win in penalties after Justin Davis missed the sixth shot for Nashville and Kenney Walker finished his penalty into the bottom right.

In the fifth match of 2018, neither team could find a winner in regulation nor could they find one in extra time. The two sides played out an even draw through 120 minutes with the only goals coming in extra time.

Five minutes into extra time Corbon Bone found himself in space at the top of the box and was able to take a shot past Matt Pickens to give FCC the first lead of the game. With five minutes left in extra time, Nashville found its equalizer through Bradley Bourgeois. His heavily-deflected shot had just enough arch on it to beat Spencer Richey.

Not much to separate the four and five seeds on the Eastern side except the lone goal of this match.

Tom Barlow, who scored a hat-trick after coming off the bench against Charleston earlier this season, was the man to give NYRB II their winner. In the 21st minute, Barlow received a long ball on the left wing to cut inside and strike a curling effort into the top right corner.

Another penalty shootout matchup on the Eastern side with both sides getting goals in regulation and in extra time.

Pittsburgh kicked off the night in the opening half hour through a headed goal from Ben Zemanski and would hold that lead until the 70th minute. Bethlehem steel strung together a good looking attack that was capped off by an easy tap-in from Michee Ngalina to send the match to extra time.

Right at the end of the first period of extra time, Pittsburgh took their lead back through some sloppy defending from Bethlehem where Hugh Roberts was allowed to head home the goal from close range. In the 109th minute, Bethlehem got their second equalizer of the game through a perfect free kick from James Chambers.

Louisville looked to control from the start but it took a set piece routine from Niall McCabe to find the back of the net for the first time in the 30th minute. Ilija Ilic scored a tap-in after Indy failed to clear a loose ball to double Louisville’s lead before the half.

Another set-piece routine just after returning from the half found McCabe again for his second goal of the match that he struck perfectly from just outside the box. Soony Saad came off the bench to give Indy a bit of hope with a goal of his own in the 67th minute. But Cameron Lancaster continued his remarkable season with a perfect free kick into the top right corner.