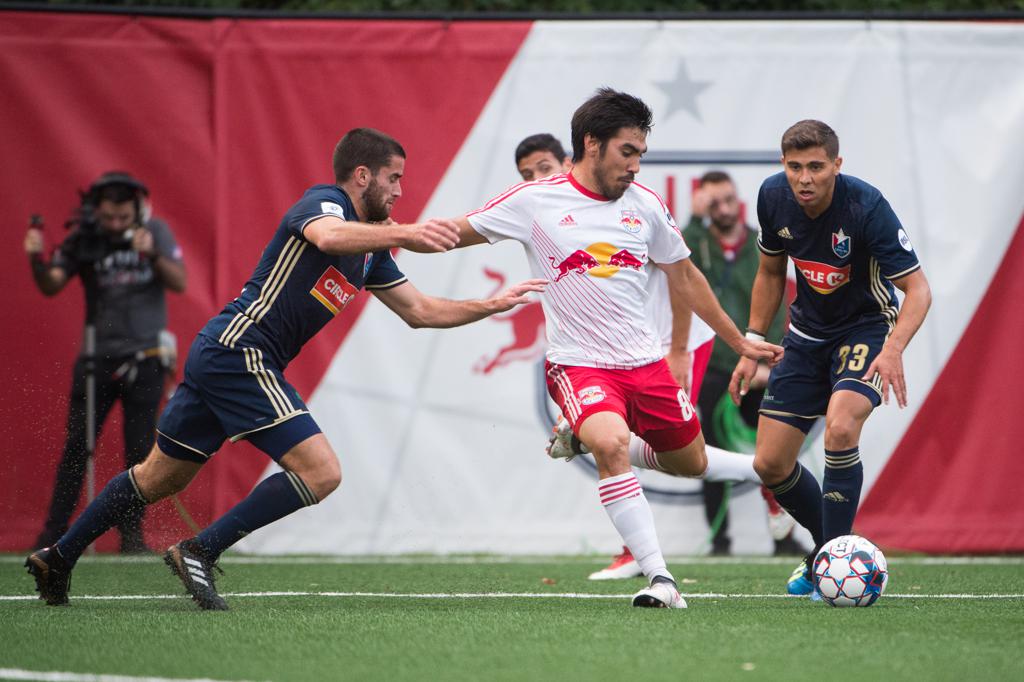 The USL Eastern Conference is all within a few points of each other with several matchups between teams still hunting for a playoff spot.

Below is a look at some of the important matches in the final push for the USL playoffs.

Match of the weekend:

Both teams have three games left on their season, and both are within reach of one of the final eastern conference playoff spots. Both teams will face off early Saturday in hopes to keep themselves afloat in a tight playoff race.

North Carolina come into this game with the edge as NYRBII have not won a single game away from home all season.

Kicking off at the same time as the game above these two teams are also yet to clinch a playoff spot. Indy can take one of the last playoff spots if they can pull off the home win but if the Steel can take down the Eleven once more they will jump them in the standings.

San Antonio can only win and hope for the best going into the end of the season. They currently sit four points off of Swope Park and three off of Saint Louis, with both of those teams in the driver seat of their own fates San Antonio just needs to stay alive.

The eastern conference is outrageously tight, Nashville sits even on points with North Carolina FC who are currently in the playoff spots on goal differential alone. A win against already-eliminated Richmond could push them over the edge as the two teams surrounding them, NCFC and NYRBII have to face each other.

Some playoff fates were sealed Wednesday night as others barely kept themselves afloat as the USL heads into the penultimate weekend.