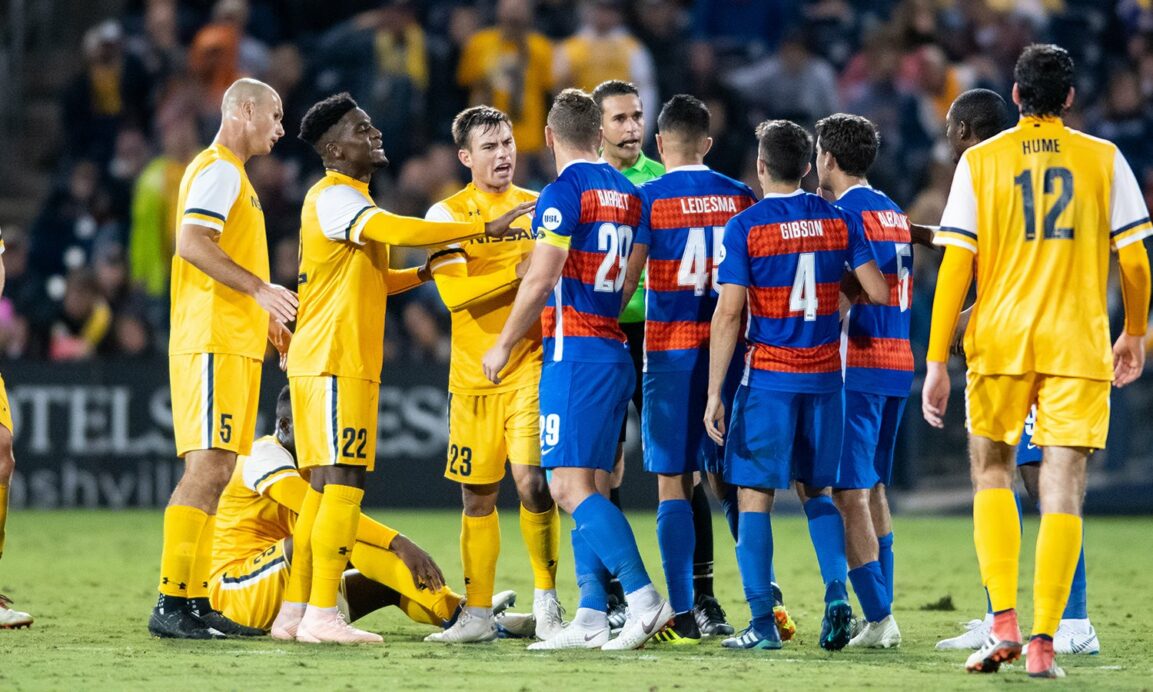 The playoff bracket is set in the USL as the final weekend saw four teams settle into their places.

In the Eastern Conference, the final two spots were filled by Nashville SC and the Bethlehem Steel. Nashville had clinched their spot before kicking off on Saturday as the Ottawa Fury failed to get a result against the fourth-placed Charleston Battery and despite a 3-1 win over the Charlotte Independence, North Carolina sat two points outside of the playoff positions.

In the West, Saint Louis FC held off the Oklahoma Energy FC to get the point they needed to clinch a spot over San Antonio. Swope Park Rangers scored five times against LA Galaxy II for a 5-1 win to be the last team to gain a playoff spot.

With their 1-0 win over Indy Eleven on the weekend, Louisville City FC enters the postseason on a six-game win streak. English striker, Cameron Lancaster, continued his remarkable season and stretched the USL regular season goal scoring record to 25 goals.

Although they did not end up needing the point, Nashville SC stole one from league leaders FC Cincinnati in the dying moments of a 3-3 barn burner. Nashville clinched in style through the left foot of Boluwatife Akinyode who pounced on a loose ball on the edge of the box and sent it into the top right corner.