USMNT will look to eliminate unforced errors against Peru 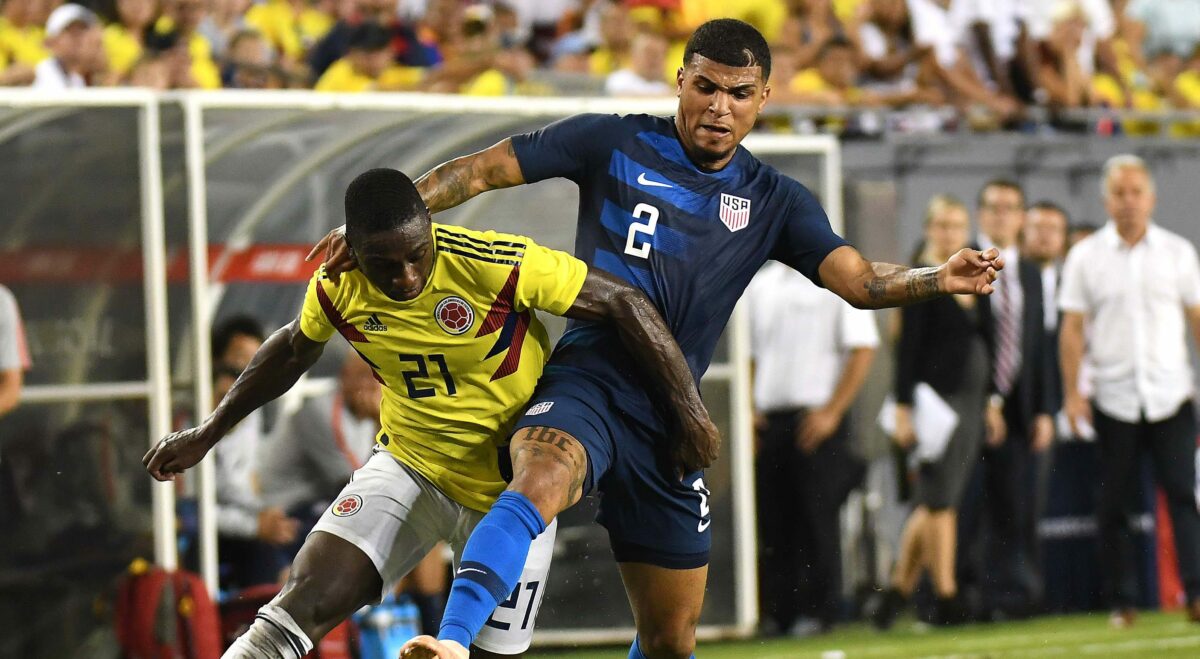 The U.S. Men’s National Team will look to bounce back from Thursday’s 4-2 loss to Colombia with an improved performance against Peru on Tuesday night in East Hartford, Connecticut.

Despite taking a 2-1 lead early in the second half against Colombia, the USMNT looked overrun at times against the South Americans, which outshot the U.S. 17-5 and won the possession battle 62% to 38%.

“I’d like us to do better with the ball,” said head coach Dave Sarachan. “The other night, it was a combination of impatience and making plays that weren’t quite there. To use a tennis phrase, a lot of unforced errors. That part has to get better.”

Brad Guzan, who will step into the starting XI for the injured Steffen, thinks the U.S. needs to slow down and be a bit more deliberate on offense to avoid unforced errors.

“For us to learn from the Colombia game in the sense of making sure we’re able to dictate the game a little bit on our terms and not let the game get away from us, I think that’s important,” Guzan said.

“It’s gonna be important that we’re able to get on the ball and keep the ball for stretches at a time,” Guzan continued, “and not just try to hit a home run pass within the first or second ball, then we turn the ball over and we’re defending again.”

Gareca’s squad is coming off a 3-0 victory over Chile on Oct. 12 thanks to a Pedro Aquino brace.

Sarachan believes that there are a number of lessons learned from the Colombia match that will help the young USMNT as they face Peru.

“As we’ve seen, most recently against Chile, [Peru is] very technical, has a lot of speed and quickness. Very similar to Colombia,” Sarachan said. “Having played Colombia and going into this game, we learned a lot of things within our group that I think will apply in a similar way. The scheme and their system might be slightly different, but in terms of their quality and technical speed, the ability to punish you if you make mistakes is very similar to Colombia.”

The USMNT leads the all-time series against Peru with a 3-2-1 record, the last win coming thanks to a brace from Jozy Altidore in a 2-1 comeback victory at RFK Stadium in September 2015.

Tuesday’s game represents another chance for Sarachan and his staff to see which players have a long-term future with the national team, and which don’t.

Nineteen players have made their USMNT debuts under Sarachan since November 2017, five of whom are teenagers. NYCFC defender Ben Sweat became the latest player to earn his first cap when he subbed on for Antonee Robinson in the 76th minute Thursday night.

“Over the last year, I believe there has been a real process of bringing together a number of players we feel will be part of the program for years to come,” the coach said. “We’ve pushed this program forward in identifying guys that will make it or maybe won’t make it.

“We’ve now put in place a group that I feel in many cases will continue on as part of the core going into next year.”