USMNT should look into starting McKennie in an advanced midfield role 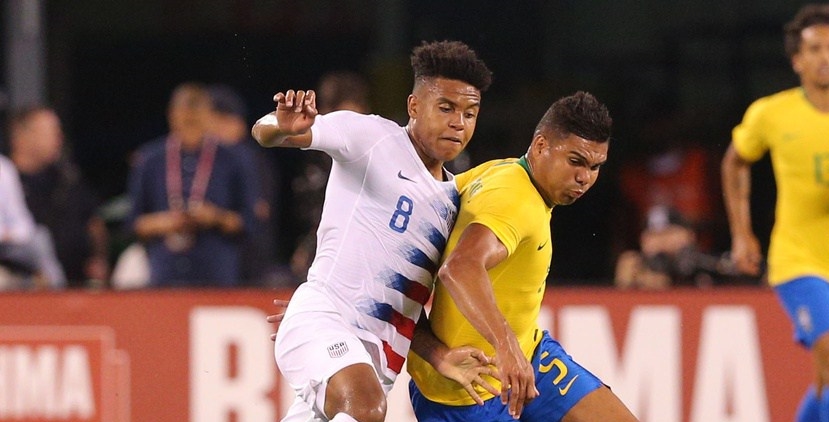 The developments surrounding the U.S. Men’s National Team players in the UEFA Champions League on Wednesday could potentially alter how the USMNT lines up for its October friendlies.

With everyone healthy, Christian Pulisic would’ve been looked at as the main creator in the final third, whether it be as a No. 10 or on the wing.

Now with Pulisic’s status in doubt for the Colombia and Peru friendlies, Weston McKennie can slide into that role and be successful for the USMNT.

Sliding McKennie forward in the midfield isn’t a foreign concept to the 20-year-old, who lined up in a forward midfield role in Schalke’s 1-0 win over Lokomotiv Moscow.

McKennie produced his normal defensive work rate, with six interceptions and one tackle, but he didn’t look out of place in his advanced spot on the field.

In addition to scoring the game-winning goal in the 88th minute, the 20-year-old won eight aerials, made two key passes and completed 72.2 percent of his passes.

Starting McKennie as the central attacking midfielder isn’t an ideal situation for the USMNT, but it’s possible given the versatility of the Texas native.

The positioning of McKennie in front of a defensive midfield duo featuring Tyler Adams and either Michael Bradley or Wil Trapp isn’t an indictment on the program’s depth chart at the position, it’s more of a way to get the best players on the field at all costs.

Sure, you could call this alteration Klinsmann-esque, but the difference between this idea and the experiments of the former manager is this actually makes sense.

With a healthy Pulisic in the lineup, the USMNT would align itself differently with one wing position already occupied, Julian Green could slide into the role behind a lone striker.

But given the players currently on the roster for Colombia and Peru, Green fits in as more of a wide player, despite the playing time he’s received centrally at the club level.

Green could also be used as a second striker beneath Bobby Wood, Josh Sargent or Andrija Novakovich.

In this situation, Adams would drift over to the right to combine with DeAndre Yedlin, while McKennie starts in front of Bradley as an attack-minded No. 8 with Timothy Weah on the opposite wing.

It’s a complex web of alignments that will be unstrung by interim manager Dave Sarachan in the coming days, but after his performance in the UEFA Champions League on Wednesday, McKennie is worth giving a start in an attacking role in one or both of the upcoming friendlies.