USMNT vs. Colombia: The Pregame Tailgate 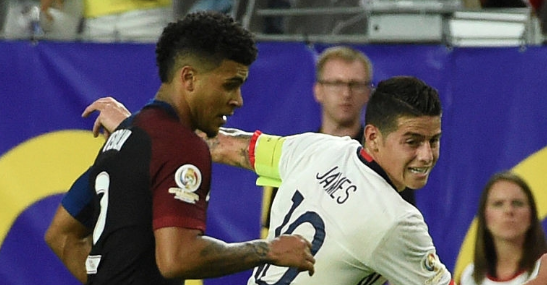 The next chapter of the U.S. Men’s National Team fall schedule kicks off on Thursday in Tampa against another tough opponent from South America.

After splitting its September friendlies against Brazil and Mexico respectively, Dave Sarachan’s side welcomes Colombia to Raymond James Stadium. It will be the first meeting between the sides since the 2016 Copa America Centenario, which saw Colombia defeat the Americans twice, including in the third-place match.

Sarachan will be missing some of his big guns this international break with Christian Pulisic, Tyler Adams, and Weston McKennie all not available due to injuries. Veterans Michael Bradley and Brad Guzan adds experience to the young squad, while John Brooks, Matt Miazga, Timothy Weah and Josh Sargent highlight the European-based players chosen.

SBI will be providing live commentary on the match, so please feel free to join us to discuss all action tonight.

For now, be sure to check out the following SBI articles leading up to the USA-Colombia friendly:

Who should start vs. Colombia?

Fafa Picault capped off a special week that included his first USMNT call-up, and two goals.

Christian Pulisic and Tyler Adams were forced out of the USMNT camp with injuries.