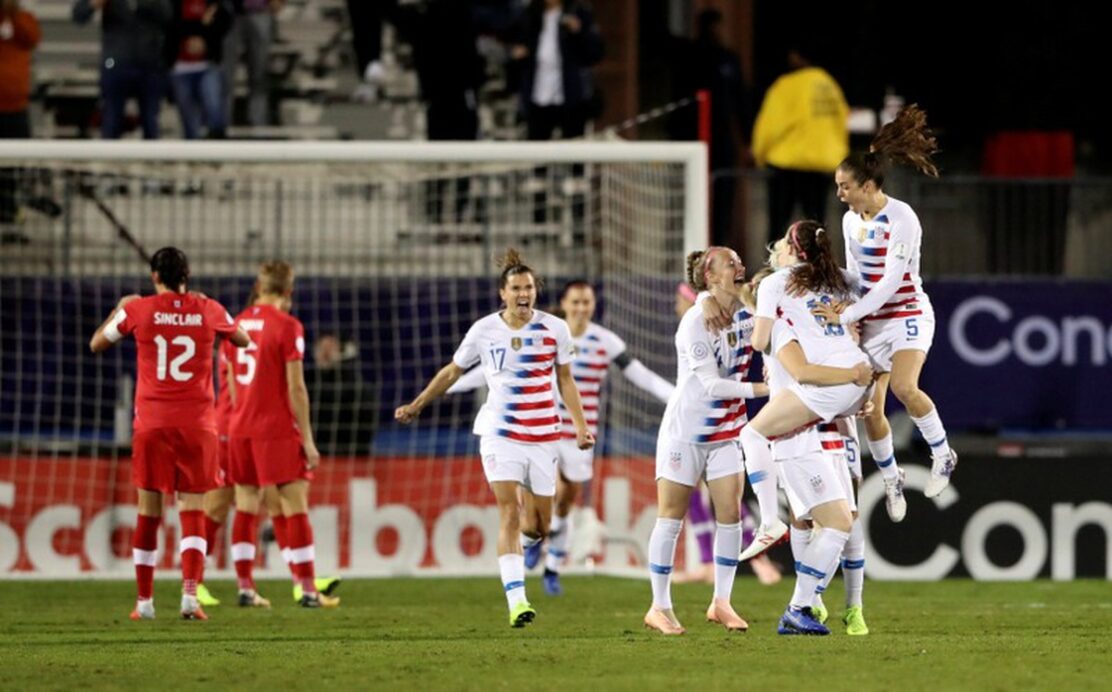 The U.S. Women’s National Team is once again the North American champion, beating rivals Canada 2-0 in the Concacaf Women’s Championship final on Wednesday.

The game’s lone goal came after only two minutes, as the USWNT continued the trend of scoring in the opening ten minutes of every match during the tournament. A clearance from a Canadian defender landed straight at the feet of Rose Lavelle, who finished from the edge of the penalty area for her third goal of the tournament.

As has been the case throughout the two-week long tournament, the USWNT dominated the match after taking the lead, but unlike the other matches, the eventual margin of victory was narrow. Canada’s attempts to slow down the game in the first half worked at times, but they still found difficulty keeping the USWNT at bay.

The entirety of the match saw a physical battle between the two teams, as several players on both sides picked up yellow cards over the course of the 90 minutes. Tobin Heath was one of the first, picking up a yellow card around the half hour mark after a foul and exchanging words with an opponent, setting the tone for a rivalry match that lived up to its label.

It became a more lopsided affair in the second half in terms of possession and shots in favor of the USWNT. They managed shot after shot, but missed the mark on finishing, constantly getting close to a goal without scoring. Midway through the second half, Alex Morgan managed a shot that sailed just past the goalpost, making it seem as if the U.S. team might not get that second goal.

The USWNT, though, was finally able to put the game to bed with an 89th minute goal from Morgan. Off another corner kick, the ball made its way around the box until Lindsey Horan sent the ball to Morgan, possibly in an offside position near the goal line. She finished easily for her seventh goal of the tournament, marking her status as the top goal scorer.

Jill Ellis’s side easily closed out the game, coming out on top of a chippy affair with a competitive rival. The USWNT managed to defend its Concacaf title, outscoring their opposition 26-0, dominating every opponent in the process.