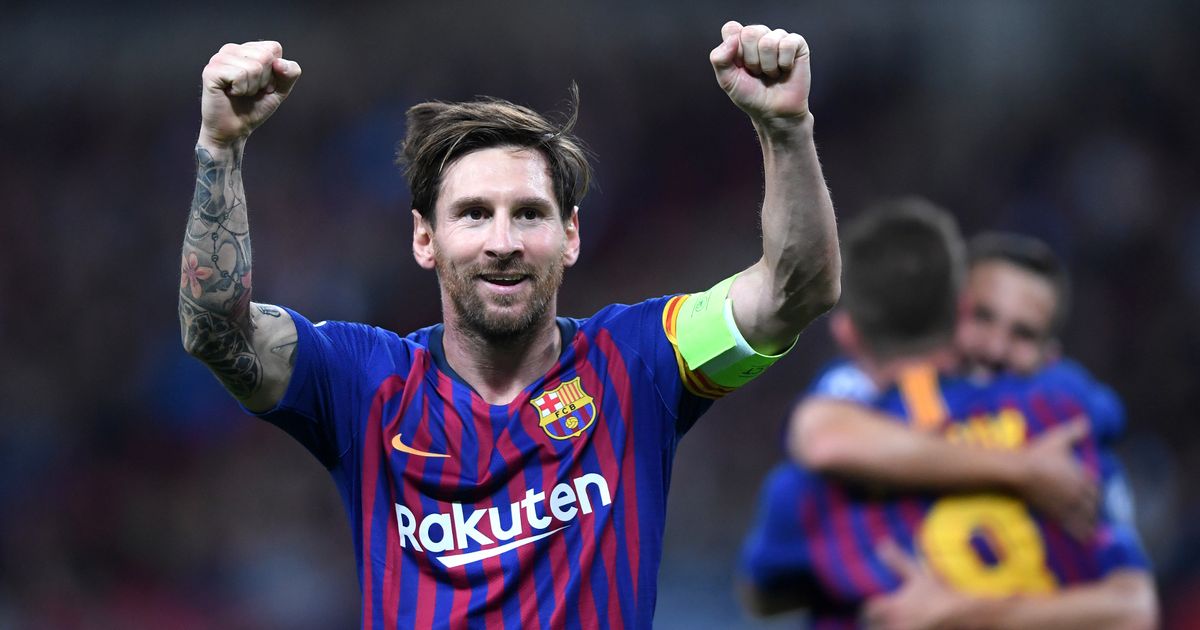 Elsewhere, Lionel Messi helped push Barcelona past Tottenham, Borussia Dortmund secured a win over Monaco, Napoli’s late goal rescued a win against Liverpool and FC Porto’s win over Galatasaray moved them atop Group D at the end of Matchday 2.

Philippe Coutinho was the beneficiary of a Hugo Lloris mistake in the second minute as the former Liverpool man put Barcelona ahead of Tottenham early at Wembley. Lloris raced out in hopes of claiming Lionel Messi’s pass to Jordi Alba, but missed allowing the Argentine to set up Coutinho.

Ivan Rakitic’s 28th minute volley from the top of the penalty area doubled the visitors lead. After Coutinho’s attempt was saved, he reacted quickly to find Rakitic whose thunderous effort hit the post on it’s way too hitting the back of the net.

Harry Kane gave his side reason to celebrate in the 51st minute as his first goal of the UCL campaign cut Barcelona’s lead in half. Seconds after Messi hit the post twice at the other end, Kane’s curled effort around both Gerard Piqué and Marc Andre ter Stegen found the back of the net.

Messi made sure Spurs’ celebrations were short-lived by grabbing a goal in the 56th minute. Ultimately winning the battle with the post that he previously struck twice, the Argentine’s goal dinked off the frame of the goal before hitting the back of the net.

Eric Lamela’s deflected effort in the 66th minute restored hope amongst those at Wembley as Spurs once again cut Barcelona’s lead in half. Unfortunately, this wasn’t enough for the hosts.

Messi wrapped things up for Barcelona in the 90th minute with his second goal of the night. Following a change of possession in Barcelona’s favor, Alba played the ball to Saurez, who dummied the ball leaving it for Messi. The Argentine made no mistake, sending Lloris the wrong way and running off in celebration.

Elsewhere in Group B, Pablo Rosario’s wonderful 27th minute effort put PSV in front of Inter. After receiving a simple pass from Hirving Lozano, the Dutchman curled the ball into the top left corner of the goal giving PSV a 1-0 lead.

Radja Nainggolan equalized things in the 44th minute after the ball fell to him at the top of the penalty area. With Mauro Icardi’s shot being blocked, the ball bounced kindly to Nainggolan who did well to get his chest over the ball and find the goal.

Icardi’s 60th minute goal put his side in front for the first time on the day. Matias Vecino’s ball over the top forced Icardi to show his strength. The Argentine won a battle with Daniel Schwaab before rounding goalkeeper Jeroen Zoet and sliding the ball in the net.

Antonie Greizmann’s clever effort in the 28th minute put Atletico ahead. After Club Brugge failed to clear the ball following a set piece, the ball fell to the Frenchman who slid the ball past a diving Karlo Letica despite the tight angle.

The goal of the match came in the 39th minute when Arnaut Groeneveld’s long range effort found the back of the net. The 21-year-old bent a shot over Jan Oblak and picked his target at the far post to equalize things for the Belgian club.

Griezmann’s 67th minute goal made sure Groeneveld’s strike was nothing more than a goal sandwiched between the Frenchman’s name on the scoresheet. After playing Diego Costa through on goal, Griezmann followed the play up, received the ball back and bagged his second goal of the night. Griezmann later assisted Koke in the 94th minute to give Atletico a 3-1 win.