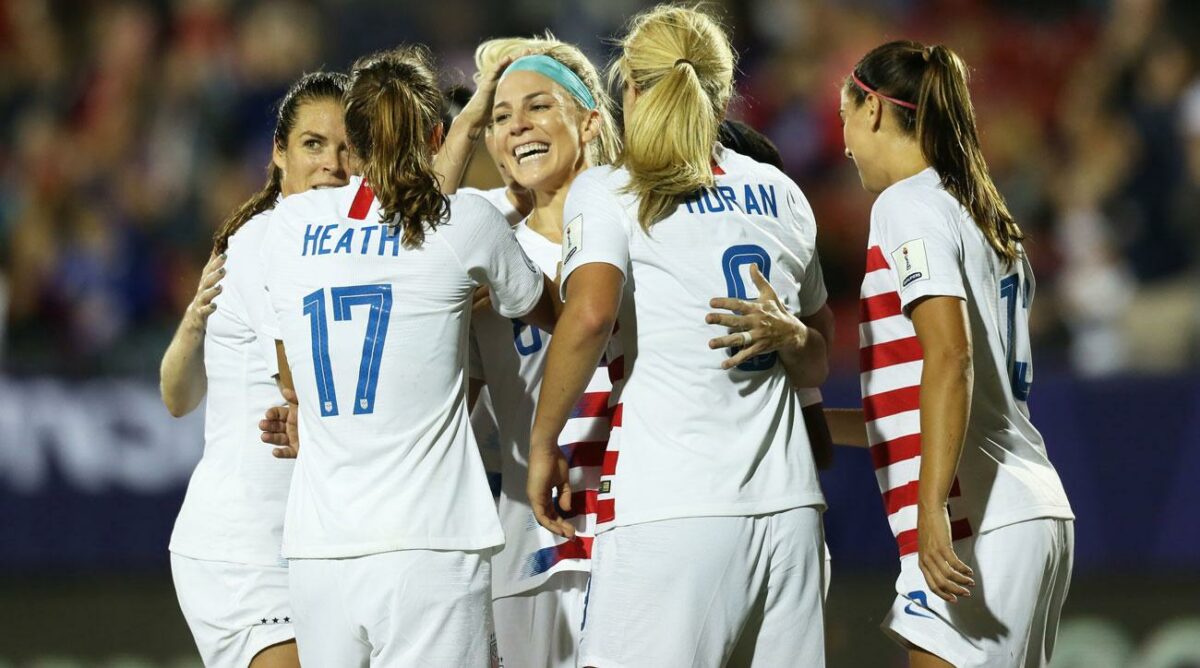 The U.S. Women’s National Team achieved its goal of making the 2019 FIFA World Cup in spectacular fashion. Now, the No. 1 ranked team in the world will turn its sights towards another trophy in what has been a steamrolling run against several of their neighboring rivals.

The USWNT joined the growing list of qualified nations for next year’s Women’s World Cup in France following its 7-0 thrashing of Jamaica on Sunday evening. Their fourth lopsided win of the 2018 Concacaf Women’s Championship proved to the rest of the World Cup field that the U.S. women will be a force to be reckoned with come next year.

Wednesday sees the tournament come to an end as the USWNT faces off with Canada in the final. Both teams have already did their jobs of making the World Cup for next year, but each will seek a strong ending to this slate of competitive matches.

Canada had been listed as the only true competition for Jill Ellis’ team, which outscored Mexico, Panama, Trinidad & Tobago, and Jamaica by a whopping 24-0 combined score. It was a final that most people would’ve predicted if you looked at the talent on both sides rosters.

Led by captain Christine Sinclair and in-form Nichelle Prince, the Canadians, like the USWNT, have walked through their opponents. Canada has racked up 24 goals in four matches, allowing one to Costa Rica in a 3-1 triumph to close their group stage matches. Kenneth Heiner-Moller’s side is seeking its third ever Concacaf Championship, and its first since 2010 when Canada posted a perfect 5-0-0 record in Mexico.

Both Sinclair and Prince will pose a threat for the USWNT, but a backline that has continued to grow in confidence should be ready for the challenge. Centerbacks Becky Sauerbrunn and Abby Dahlkemper have been nothing short of immaculate throughout the tournament, shutting down opposing forwards while also showing the ability to look to spring an attack.

In midfield, Carli Lloyd has played a big role, scoring a hat trick in their 5-0 win over Panama. Julie Ertz has also been versatile in the midfield, while Lindsay Horan and Rose Lavelle continue to be bright spots for both now and the future.

Offensively, the USWNT will cause problems with its dynamic attack and wide array of weapons. Alex Morgan continues to have a nose for the goal, tallying six goals in four appearances. Megan Rapinoe and Tobin Heath are two of the more deadlier wing players in the world and have the ability to beat defenders one-on-one. If things get tight, Christen Press and Morgan Brian can be called into action off the bench and have contributed in the past.

Despite both teams already putting one eye on France next Summer, look for this to be a heated match between two close rivals. Canada’s hopes of an upset are not out of the realm of possibility, especially with its already strong run through qualifying. If the Canadians want to compete next summer, a strong showing against the USWNT would certainly prove that point.

As for the USWNT, they are clear favorites to win this final. Facing Canada in a competitive match for the first time since the 2010 Gold Cup, revenge will certainly be top of mind. While Canada marched home with the Gold Cup, the USWNT finished in third place as it suffered it’s only non-title winning campaign in Concacaf history.

Wednesday’s finale will mark another chapter in this rivalry as both teams seek a storybook ending to a terrific tournament.