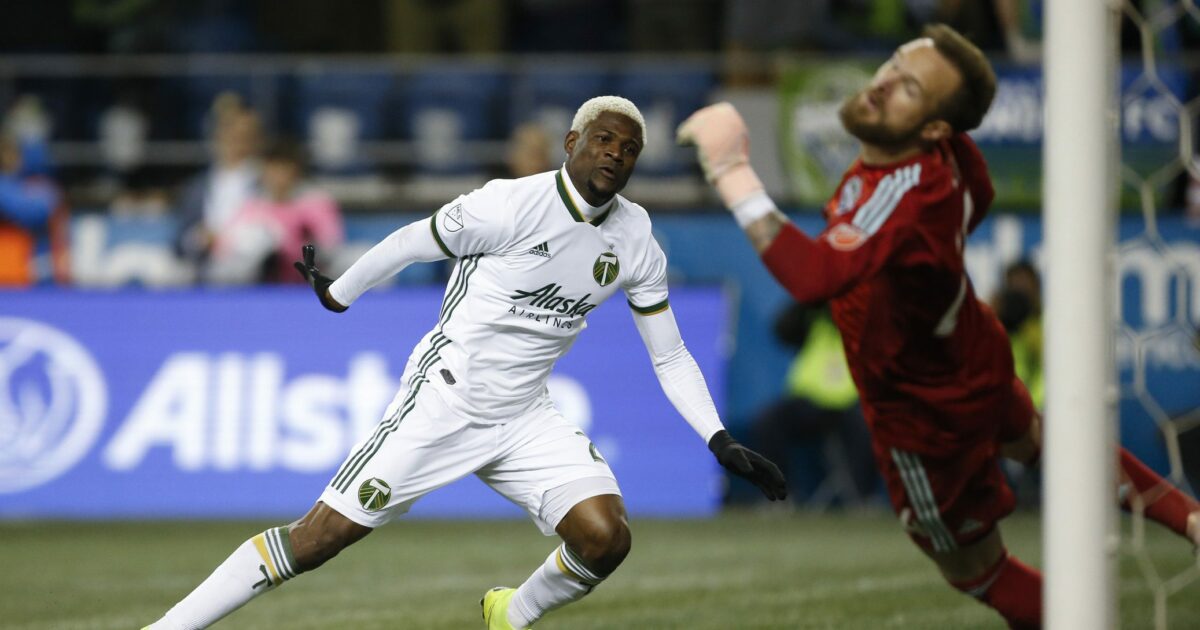 Dairon Asprilla has never been an important piece of any Portland Timbers team, but he sure was a necessary fixture in Thursday night’s playoff match against the Seattle Sounders.

The Colombian attacker has been down an interesting road during his tenure in Portland. He arrived with the team ahead of their MLS Cup winning campaign in 2015 and established himself as a bench piece and part time starter. He got kind of lost in the shuffle on a roster that featured some strong wide attacking talent like Darlington Nagbe and Rodney Wallace.

With him not getting much playing time, he requested a loan move back to his native country and he ended up spending 2016 with Millonarios, where he made 16 appearances and scored twice.

His fortunes haven’t exactly changed since returning to the club a year ago. He’s still a bench player who doesn’t contribute that much when he’s out there.

For some reason, that changes come playoff time. Asprilla has three goals in 563 playoff minutes in his career despite scoring only five times in over 3,500 minutes during the regular season. True to his reputation, the part-time player played a critical role in the Timbers’ efforts to get by the Sounders in the second leg of their Western Conference Semifinal series on Thursday night.

Asprilla popped on as a substitute in the 72nd minute and made a quick impact on the match. He provided the assist on Sebastian Blanco’s game tying and series go-ahead goal after only six minutes of action. After Seattle tied the series up in the dying moments of the second half, Asprilla needed only two minutes of extra time to slip through the Seattle line and smash home a header to give his team the lead.

“I was waiting for an opportunity,” Asprilla said about that goal, “just like many other teammates. It was a very special moment.”

As special as that moment was, it wasn’t even the most important contribution he made to the game. That came during the penalty shootout when he ended the tie by by smashing a shot through Stefan Frei to officially knock out the two-time defending Western Conference champs and send the Timbers through to the Conference Finals.

“It was definitely a special moment,” Asprilla said after the thrilling match when asked about converting the winning penalty. “I faced the same situation in 2015 but today I lived it in a different way because I had to close the round. I am very happy. I thought a lot about my family and everything I have gone through. But thanks to God we came on top tonight.”

It was a wild match overall that saw both teams come very close to moving on in the playoffs and the pressure appeared to affect both sides. All three Seattle goals came from sloppy defensive and/or goalkeeping mistakes by the Timbers. Jeff Attinella dropped an easy catch to set up the first from Raul Ruidiaz. Sebastian Blanco failed to clear a chance and his errant kick fell right to Ruidiaz for the second and he also committed the clear handball that allowed Lodeiro to equalize in extra time.

The Sounders were far from immune from the big game pressure, too. Asprilla was able to slip into a dangerous area in the penalty area unmarked for an easy headed finish in extra time and both Seattle misses were the result of poor penalties that made for an easy Attinella save and a harmless carom off the post.

The Timbers were the ones able to overcome their mistakes in the end thanks to a near flawless performance in the shootout, which ended with Asprilla’s shot. More pressure is sure to make its way to them in the next round, and Asprilla is hoping the team stays humble, even if he isn’t in the pitch to make any more massive plays.

“We haven’t won anything yet,” he said. “Now we have to be humble because there is still much more ahead of us.”