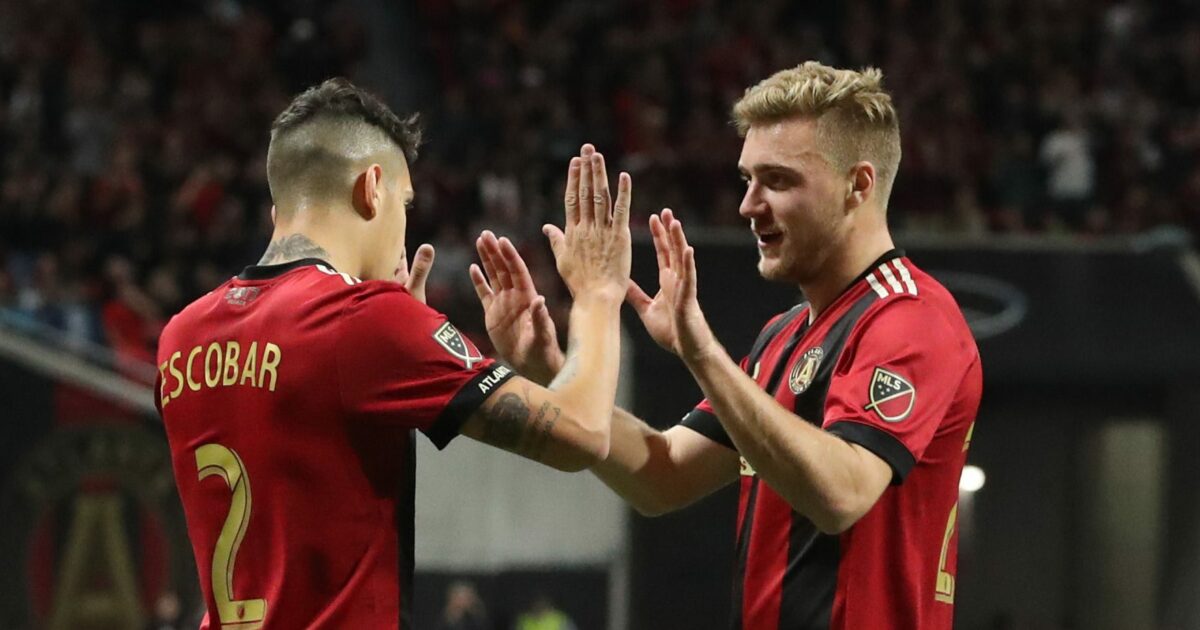 Atlanta United may only be two years old as a franchise, but they are already one round away from an appearance in the MLS Cup Final.

Josef Martinez scored twice for Atlanta and the Five Stripes booked their ticket to the Eastern Conference Final in only their second season of play with a 3-1 win on the day and a 4-1 aggregate triumph over New York City FC.

The playoff loss and elimination for NYCFC mark the third straight year that they advanced to and were eliminated in the Eastern semis.

After Franco Escobar drew a penalty in the 25th minute off of a tackle in the box by Ismael Tajouri-Shradi, Josef Martinez jumped at the chance on his penalty kick, easily getting it past Sean Johnson to put Atlanta up 1-0 early.

Miguel Almiron doubled their lead in the 42nd minute, curving a free kick over the NYCFC wall and into the top corner of the net.

Maxime Chanot put some life back into NYCFC just before halftime, heading in a deflected free-kick into Atlanta’s net to pull NYCFC back to 2-1. NYCFC created a couple of chances early in the second half on shots by Maxi Moralez and Valentin Castellanos, however, Brad Guzan made the saves on both shots to keep Atlanta ahead.

Martinez sealed the win in the 83rd minute by firing one past Johnson in a 1-v-1 situation in the final minutes.

Josef Martinez scored a brace to push The Five Stripes to the Eastern Conference finals.

Miguel Almiron’s goal over the NYCFC wall and into the top corner of the net on his free kick in the 42nd minute just about sealed Atlanta’s win before Martinez’s goal in the 83rd minute.

If this was David Villa’s last match with NYCFC, or in general, he left without a whimper.