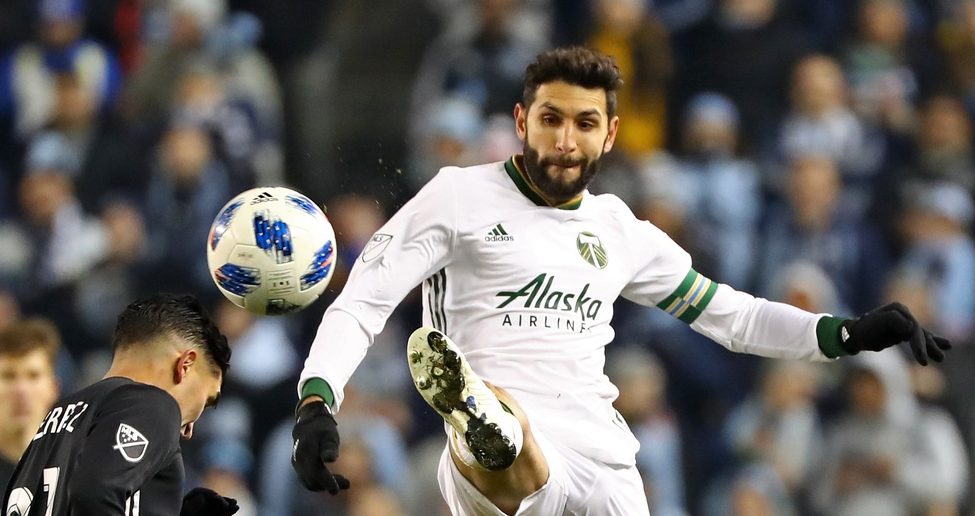 The odds for the Portland Timbers were always going to be tough in their Western Conference Finals second-leg at Children’s Mercy Park. Facing a team in Sporting KC, who only suffered two home defeats in the regular season, made the chances of getting a win that much more difficult.

However, the Timbers showed confidence in the second-half and used a brace from Diego Valeri and a magical solo effort from Sebastian Blanco to help defy the odds and place themselves in the 2018 MLS Cup next weekend against Atlanta United.

It was a strong performance by the Timbers, who battled adversity throughout the season under first-year head coach Giovanni Savarese. Even with one match left to go in 2018, the team certainly will label the win as one of their most important in club history.

“I think tonight was amazing, nobody gave us a chance coming here tonight,” veteran centerback Liam Ridgewell said. “We knew it was going to be tough, we knew they were a very good team and it was two very good defensive teams going head-to-head. After the game last week I said we could get after them on the break, we soaked up some of their effort and it was just a brilliant win.”

“The first-half we gave a lot of sloppy balls away and its a big night you can’t afford to do that. As pro’s we had to go into the locker room at halftime and rally the team. We knew we could get a goal, but we talked about calming down, keeping the ball, working it around and getting a goal and we did.”

Being out-possessed and outshot, the Timbers were able to use their star players when they needed them most. The South American duo of Blanco and Valeri were influential once again in the middle of the park, creating the only shots on goal by the visitors on the night.

Every one of the Timbers goals were momentum-swinging, with Valeri’s 99th-minute winner the nail in the coffin. It was the team’s first three-goal performance since back-to-back victories over Real Salt Lake in early October, and an effort that Savarese saw coming with the players constant hard work over the past few weeks.

“I’m excited, proud, and tired,” Savarese said. “I’m happy for the group because they’ve been working very hard to get to this point. Today was a performance against a very good team. The first-half we couldn’t keep the ball, they found ways to get through our lines. But after halftime we got a lot better, we defended with energy, we showed confidence on the ball and the goals we scored were fantastic.”

The attitude changed in the second-half, the personality did too. The belief that we had to keep the ball if we wanted to get into this game. At the end we beat a team that rarely loses in this stadium, so it’s a lot to be proud of.”

2018 has been a season full of responses by the Timbers who struggled early under their Argentinian boss. After a five-match winless run to begin the season, Portland rolled off a 15-match unbeaten streak which ranged from April to the middle of August. When the moment mattered, the Timbers made sure to bounce back after every defeat with points.

Now after eliminating three of the top four teams in the Western Conference, the Timbers have a date with the highest scoring team in Major League Soccer, Atlanta United. To make the odds even tougher, the Timbers will have to deal with a rocking Mercedes-Benz Stadium on Dec. 8th if they want to lift a second MLS Cup in the past three years.

“It’s always good to keep doing history, for this club, for the supporters, this group,” captain Diego Valeri said. “It always tastes special and we can enjoy this for now and then prepare for the next match. We just have to be focused for Atlanta, it comes down 11 vs. 11, so we will fight hard to win another MLS Cup.”