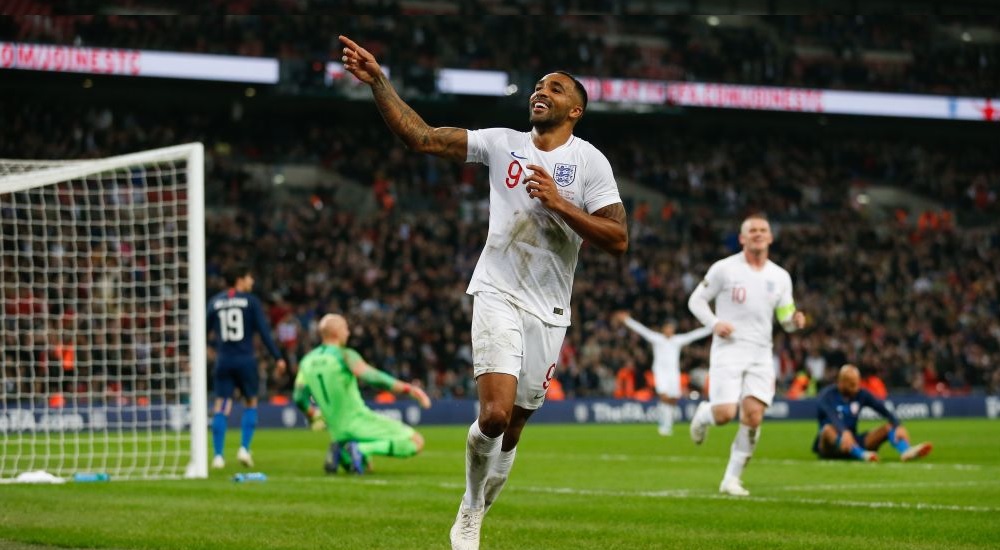 England overwhelmed the U.S. Men’s National Team in the first half at Wembley Stadium to take a 3-0 friendly victory on Thursday.

Jesse Lingard and Trent Alexander-Arnold scored during a three-minute stint in the first half and Three Lions debutante Calum Wilson added a third in the second half on a night in which Wayne Rooney was honored in his last international appearance.

Gareth Southgate’s men looked like the better side from the opening whistle, as the USMNT failed to keep up with the talent of the Three Lions and also struggled to put together a string of passes in the build up into the England half.

Lingard’s opener was a piece of individual brilliance, as he sent the ball into the right side of the net from wide-open space on the left side of the penalty area in the 25th minute.

Two minutes later, Alexander-Arnold scored his first international goal on an overlapping run into the right side of the penalty area.

The USMNT looked better in spurts during the second half, but it was never good enough to deal with the challenges presented by the English side stocked with Premier League talent.

In the 77th minute, Wilson added to England’s tally with his first goal in a Three Lions shirt, as he headed home past USMNT goalkeeper Brad Guzan.

The USMNT returns to the field for the final time in 2018 on Tuesday to play Italy at a neutral site in Belgium.