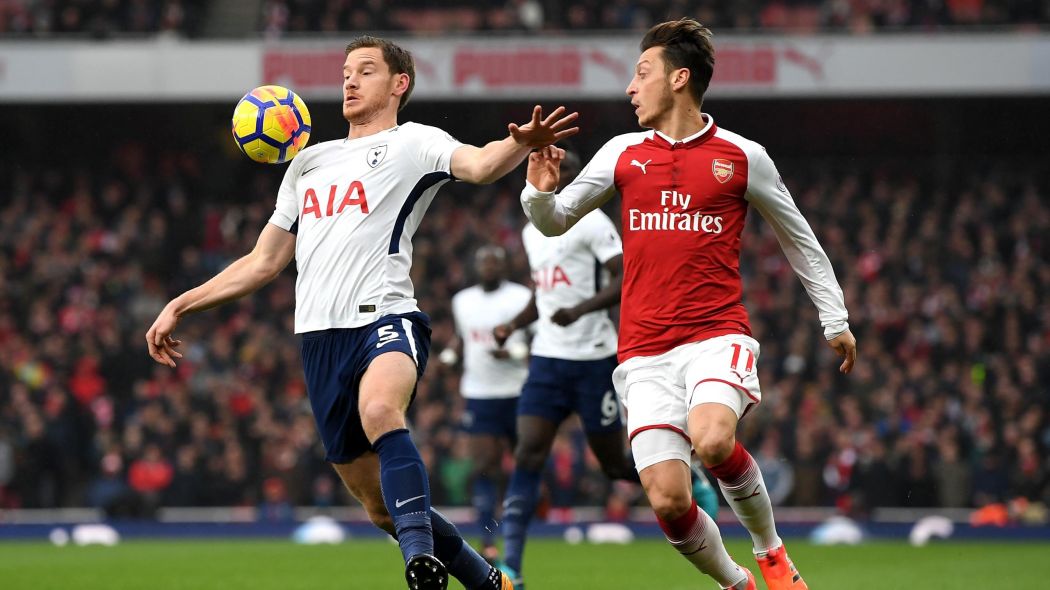 Arsenal and Tottenham Hotspur have both started strong this Premier League season, and the pair will meet for the first time on Sunday.

The Gunners host Spurs at the Emirates, knowing a victory will move them level with their local rivals on points and ahead on goal difference. Unai Emery has done a superb job so far, seeing the team come into this match on an 18-match unbeaten run in all competitions. Pierre-Emerick Aubameyang leads the team with eight goals, while Mesut Ozil and Alexandre Lacazette also headline in the attack.

Tottenham are in third place, and have won six straight in all competitions since a league defeat to Manchester City. A 1-0 midweek Champions League victory over Inter Milan have Mauricio Pochettino’s side needing a strong result against Barcelona on Matchday Six for a chance of advancing. Harry Kane, Christian Eriksen, and the in-form Dele Alli lead the offense for Spurs.

Here’s a closer look at this weekends European action:

Following the North London Derby, the first Merseyside Derby of the campaign takes place from Anfield on Sunday. 11 points separate Liverpool and Everton in the league table, but both sides are on good form in the league coming into the showdown.

The Reds are two points behind league leaders Manchester City, and are unbeaten in their last seven league matches. A 3-0 win over Watford last weekend saw Mo Salah, Trent Alexander-Arnold, and Roberto Firmino all get on the scoresheet. Despite a 2-1 UCL loss to PSG midweek, Jurgen Klopp’s side has not lost to Everton in the league since 2010 and will be favorites to win.

Everton are unbeaten in three straight, conceding only once during that span. A 1-0 win over Cardiff City on Nov. 24th saw Gylfi Sigurdsson play the hero, scoring the winning goal. The Icelandic international is tied with Richarlison with six goals each, good enough for the team lead.

Barcelona are now doing the hunting in La Liga, chasing league leaders Sevilla in the league table. Ernesto Valverde’s side face 16th-placed Villarreal on Sunday, looking for their first league win since November 3. A 2-1 road win against PSV-Eindhoven in the Champions League saw Lionel Messi record a goal and assist. The Argentine will need to be influential again if Barcelona want to avoid a slip-up at home.

Villarreal are unbeaten in their last six matches, despite only recording a win in one of those. A 2-1 league win last weekend over Real Betis was Villarreal’s first league victory since September 26. Gerard Moreno leads the team with three goals, while defenders Miguel Layun and Ramiro Funes Mori will need to be strong in the backline.

Four points separate Borussia Monchengladbach and RB Leipzig in the top four of the Bundesliga, ahead of their showdown on Sunday.

The hosts have won two of their last three matches in league play, recently losing 1-0 to Wolfsburg a week ago. International starters Yussuf Poulsen and Timo Werner have combined for 12 goals this season and will be a deadly duo for Gladbach to keep quiet.

Gladbach has won four straight in league play, outscoring their opponents 13-2. A 4-1 victory over Hannover last weekend saw Thorgan Hazard lead the way with a goal and assist. The brother of Belgium and Chelsea star Eden, has eight goals and five assists in 12 appearances this campaign.

Third meets seventh on Sunday as Inter Milan travels to Roma in the Serie A headliner this weekend. The hosts are struggling of late, losing to Udinese and Real Madrid respectively in separate competitions. A victory this weekend could see the Romans jump up to fifth but they will need to quiet a deadly Inter attack. Edin Dzeko is a doubt this weekend, so look for Stephan El Shaarawy to step into his place.

Inter has fallen in two of their last three matches, most recently slipping up against Tottenham on Wednesday. Offensively, they have more goalscorers than Roma, with ten midfielders or forwards with at least a goal to their credit this season. Mauro Icardi headlines the attack with seven goals, and has scored three goals in his last three meetings against Roma.

League leaders Juventus face a winnable test on Saturday as they face Fiorentina away from home. The Old Lady have won three straight in all comps since a shocking 2-1 defeat on home soil to Manchester United in UCL play. A trio of consecutive clean sheets has also seen Mario Mandzukic and Cristiano Ronaldo total all of the goals offensively for Max Allegri’s side. The duo has 15 league goals so far this season.

Fiorentina has struggled for wins of late, tying their last five straight in league action. Defensively, they’ve been sound, conceding only four goals during this span. Marco Benassi is the danger man in midfield with five goals, while Nikola Milenkovic is the leader of the backline. Juventus has won the last two meetings.

Here’s all of this weekends Serie A fixtures:

A pair of top-four sides meet at the Stade Pierre-Mauroy on Saturday with Lille hosting Lyon. The hosts know a victory will propel them back into second place, paired with other results over the weekend. However, winning has been tough for Lille of late, as they’ve gone winless over their last four matches. After 13 goals a season ago with the club, striker Nicolas Pepe has eight goals and five assists in 14 matches so far this campaign.

Lyon held on for a point midweek against Manchester City, but are not guaranteed a place in the knockout stage of the Champions League just yet. In league play however, they’ve gone unbeaten in five straight since a thumping at the hands of PSG. Memphis Depay, Nabil Fekir, and Houssem Aouar have 12 goals between them and will be a dangerous trio for Lille to stop.

Here’s all of this weekends Ligue 1 fixtures: