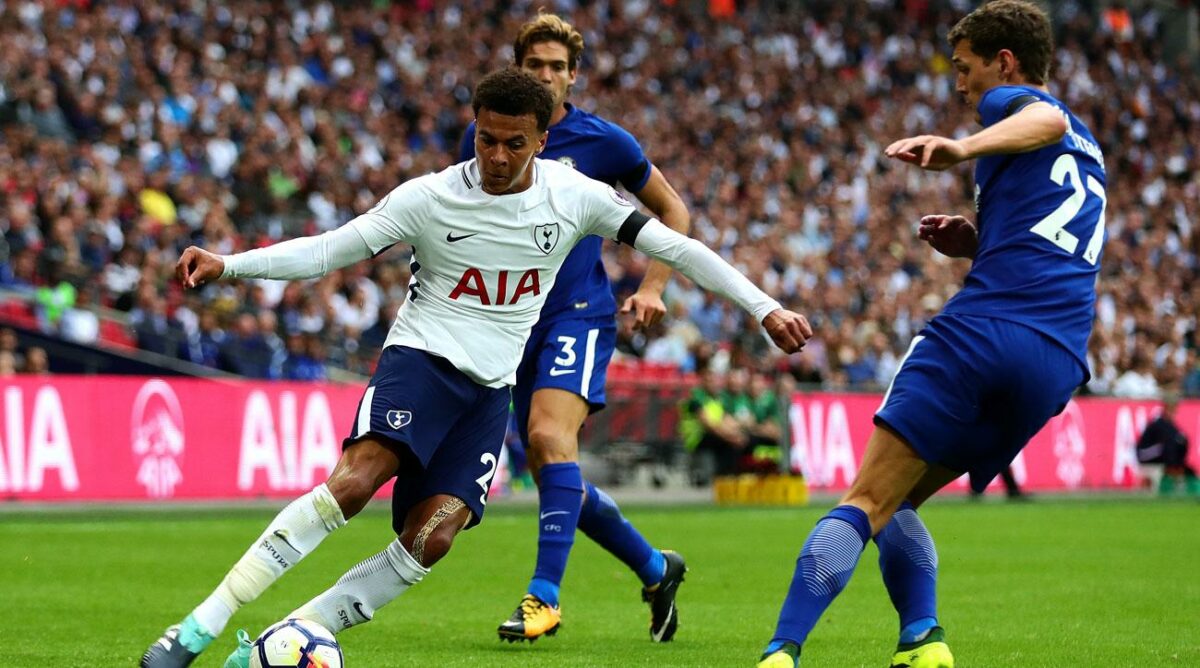 As domestic play returns to action, the race for the English Premier League is back on with plenty of teams in the mix.

London rivals Chelsea and Tottenham Hotspur are a point apart in the top four race, and will square off for the first time this season on Saturday. The Blues are the only unbeaten team left in Europe, failing to suffer defeat in all competitions. The strong play of Belgian star Eden Hazard has been important for Maurizio Sarri’s team. Hazard has seven goals and four assists so far in league play.

Tottenham have rolled off four victories in a row since their slim defeat to Manchester City back on October 29. Harry Kane remains the top threat for Mauricio Pochettino’s team with six goals, but Lucas Moura and Erik Lamela are two to watch who have combined for eight goals between them.

Elsewhere, Lazio hosts AC Milan in the Serie A headline of the weekend while Lyon entertains St. Etienne in France. Bayern Munich welcomes Fortuna Dusseldorf to the Allianz Arena looking to climb back into the Bundesliga title race. Liverpool visits Watford on Saturday in the Premier League while Atletico Madrid squares off with Barcelona in La Liga.

Earlier on Saturday, Liverpool will aim for their second straight win as they travel to Watford. Jurgen Klopp’s men downed Fulham 2-0 prior to the international break, with Mo Salah continuing his fine form of late. The Egyptian winger as eight goals in all comps, and also scored internationally for Egypt in a huge African Cup of Nations qualification match.

Watford started off strong this season, but has failed to win in their last two matches. Currently sitting in seventh, the hosts will aim to get back to form while dealing with one of the more dangerous attacks in Europe at Vicarage Road. Andre Gray and Troy Deeney have five goals between them, and will need to be strong in front of goals for Watford if they want to spoil Liverpool’s party.

Two of La Liga’s title hopefuls will battle it out on Saturday, aiming to create a gap between them in the table. Barcelona travels to Atletico Madrid on Saturday, aiming for their second statement win of the domestic season. Ernesto Valverde’s side fell 4-3 to Real Betis on Nov. 11th, suffering their second defeat of the season. The return of Lionel Messi is key, but defensively they need to be a lot more stubborn against a tough Atletico side.

Atletico sits a point back in the standings, and has grabbed points in their last three league matches. A 3-2 home success over Athletic Bilbao saw Diego Godin play the hero in stoppage time. The Uruguayan captain will have a tough test as he tries to limit a dangerous Barcelona attack. A showdown with international teammate Luis Suarez will be fun to watch.

Bayern Munich returns to domestic action on Saturday, currently sitting three points back of leaders Borussia Dortmund in the league standings. Niko Kovac’s side will face a slumping Fortuna Dusseldorf side who are in the bottom three of Germany’s top-flight. Robert Lewandowski leads the team with seven goals, but Bayern would love to get back to action with a lopsided home success. Look for players like Arjen Robben and Thomas Muller to flex their muscles a little against the newly-promoted side.

Dusseldorf snatched their second league win of the season on Nov. 10th, downing Hertha Berlin 4-1 at home. It was a needed result for the team, who are currently seeking any momentum as they try to climb out of the basement. Benito Raman netted a brace in the win, and will be interesting to watch against the top defense in the league.

A pair of Serie A’s top strikers will be on display this weekend as Lazio welcomes AC Milan to the Olimpico. Led by Italian international Ciro Immobile, Lazio sits in fourth place coming into this top-five showdown. The 28-year-old did not feature against the USMNT on international duty, but has eight goals in 12 league matches for Lazio this season. Immobile scored a hat trick against AC Milan last season.

Gonzalo Higuaín leads AC Milan, who come into this match only a point back of Lazio. The Juventus loanee has five goals in 10 matches since his move from the Old Lady, but has only scored once against Lazio over the past two seasons. If the Argentine cannot get it going, Spanish winger Suso will be the man to go to offensively for the visitors.

A pair of top-five sides kick off Ligue 1 play this Friday as Lyon hosts St. Etienne on Matchday 14’s opener. The hosts are unbeaten in six straight, claiming three league victories. A dynamic attack is led by Memphis Depay, who has five goals and five assists. The former Manchester United man has been a stellar pick-up for Lyon who will aim for positive results following the international break.

St. Etienne are a point back of their opponents on Friday, and are unbeaten in their last four matches. A pair of back-to-back wins over Angers and Stade Reims, has seen several players find the back of the net. Led by Tunisian international Wahbi Khazri (six goals), St. Etienne will seek their first road win over Lyon since 2014.